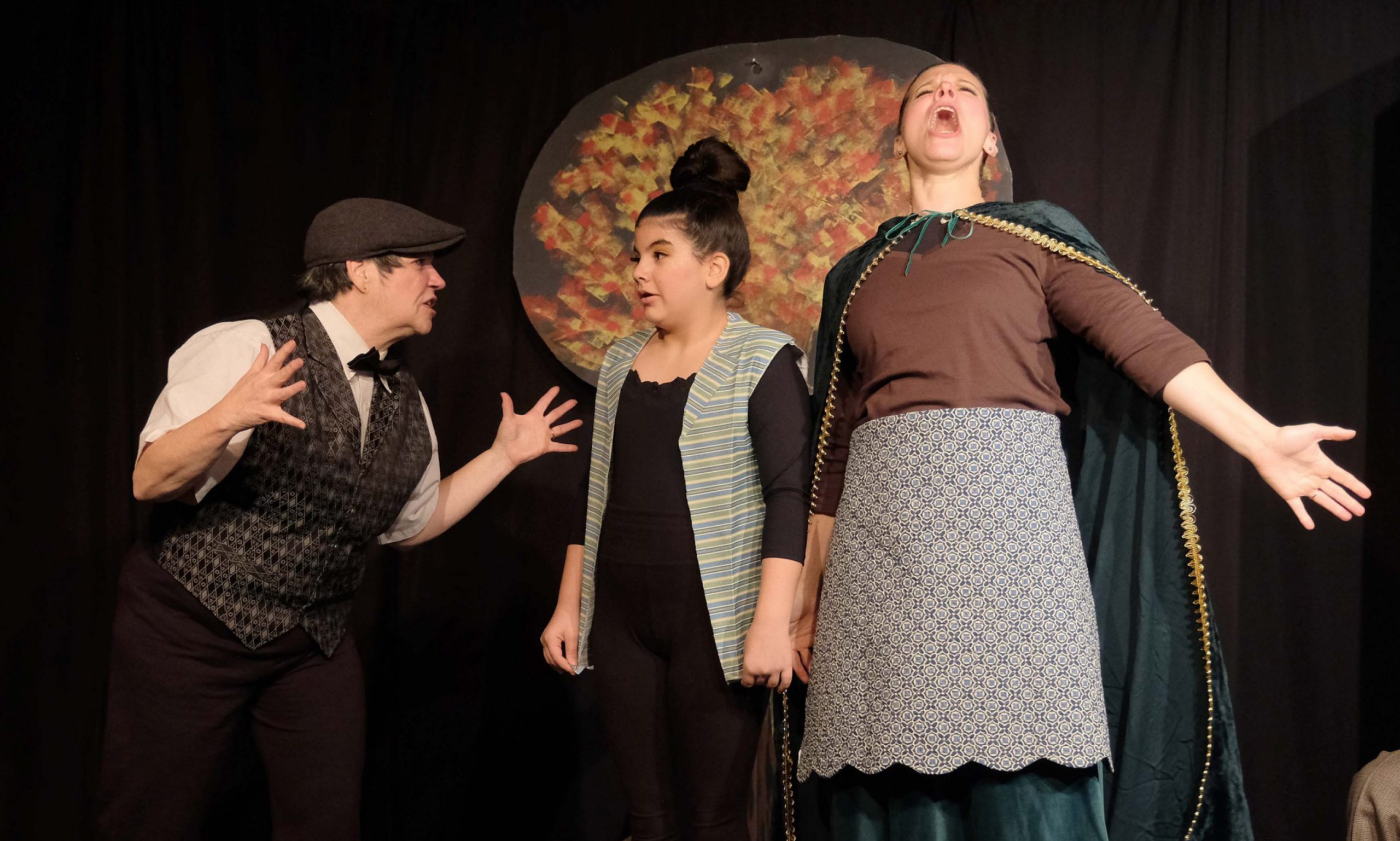 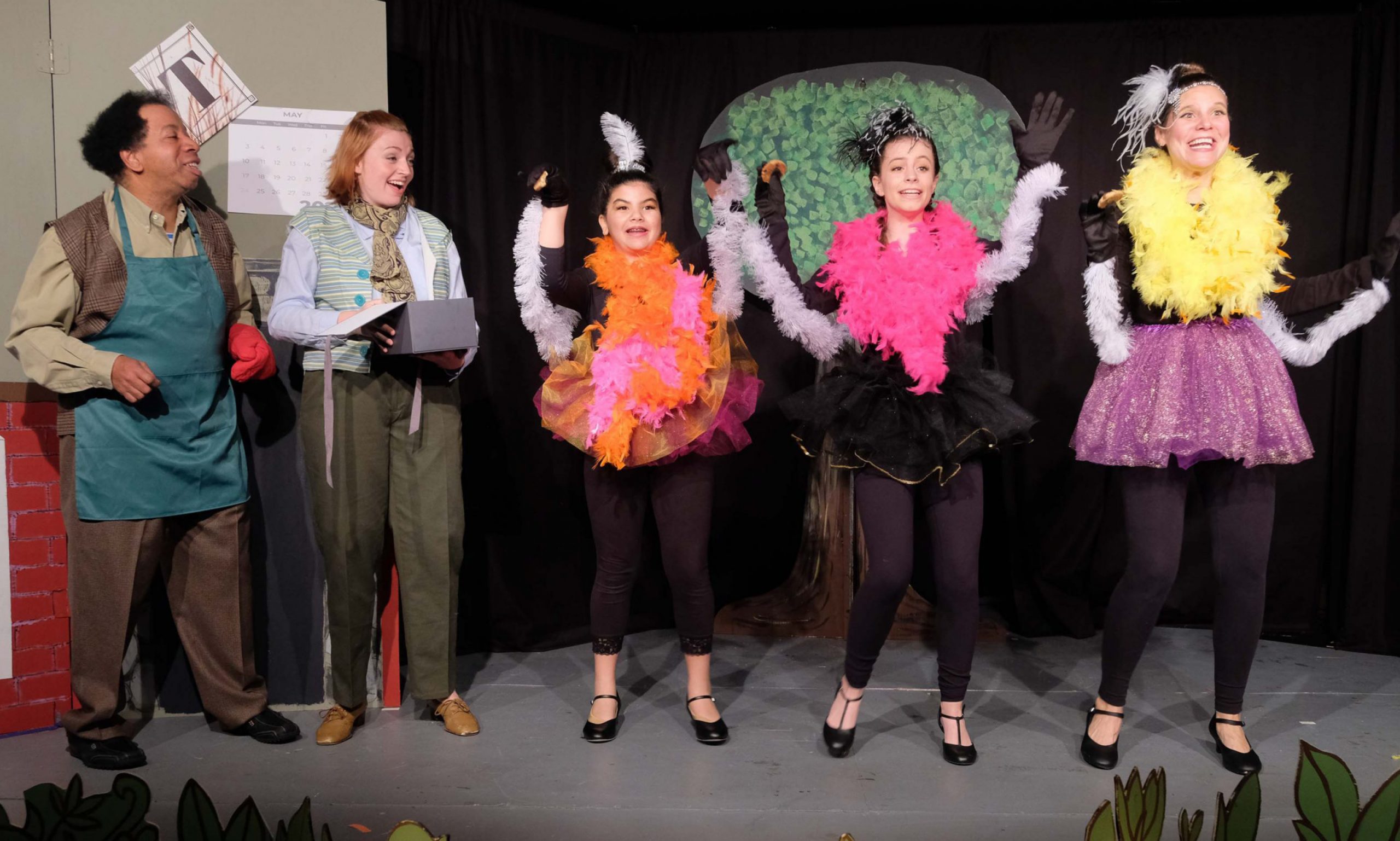 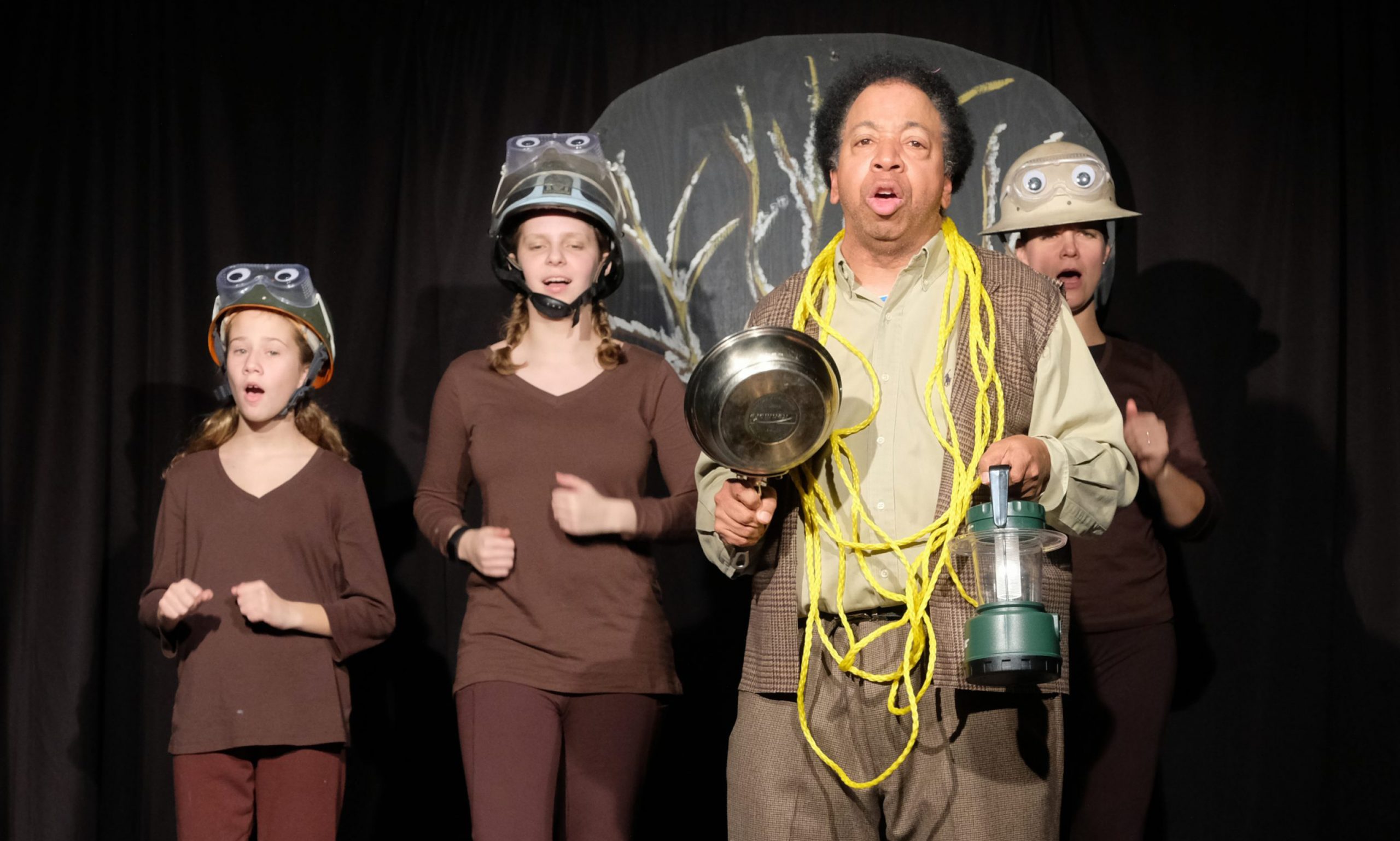 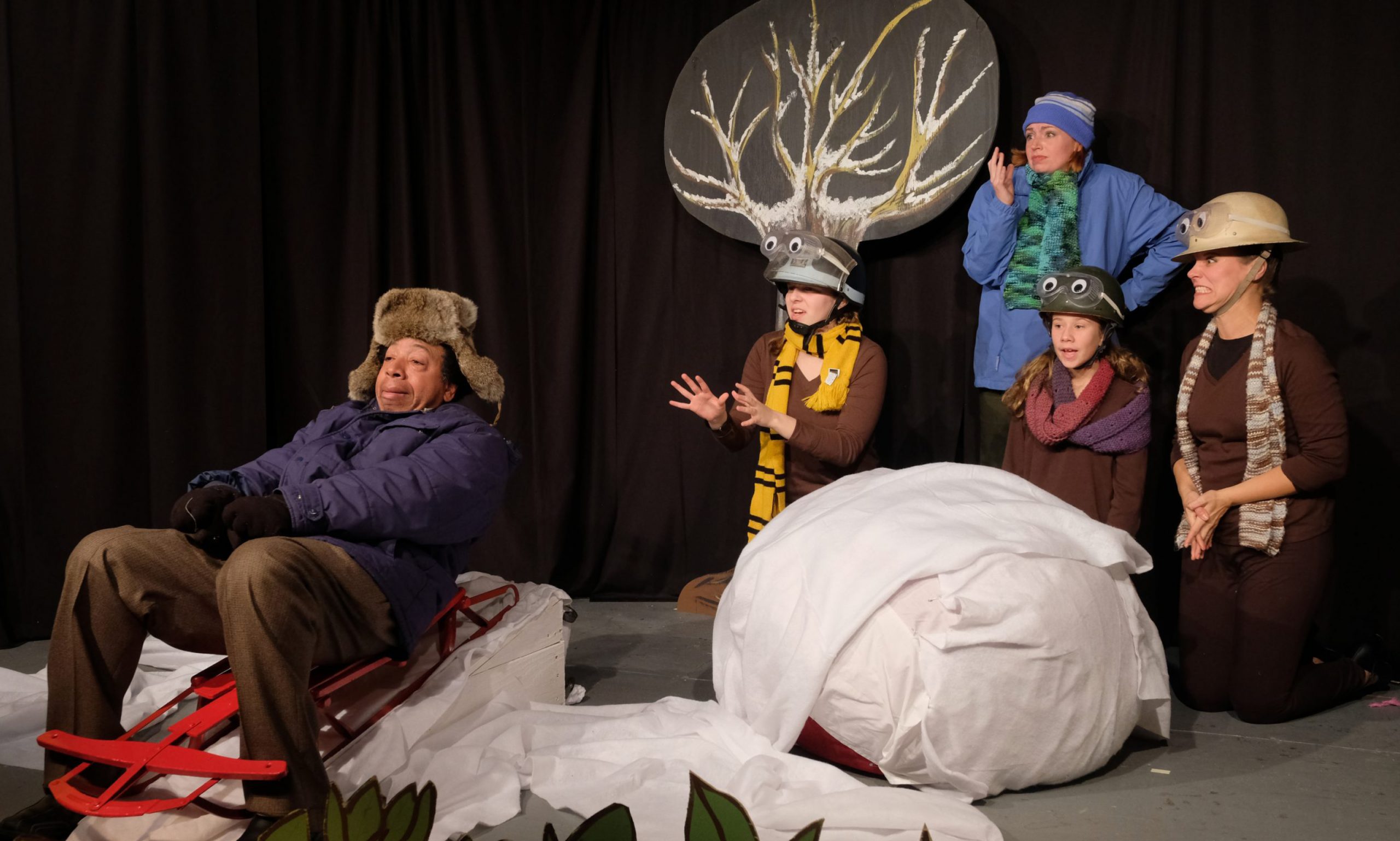 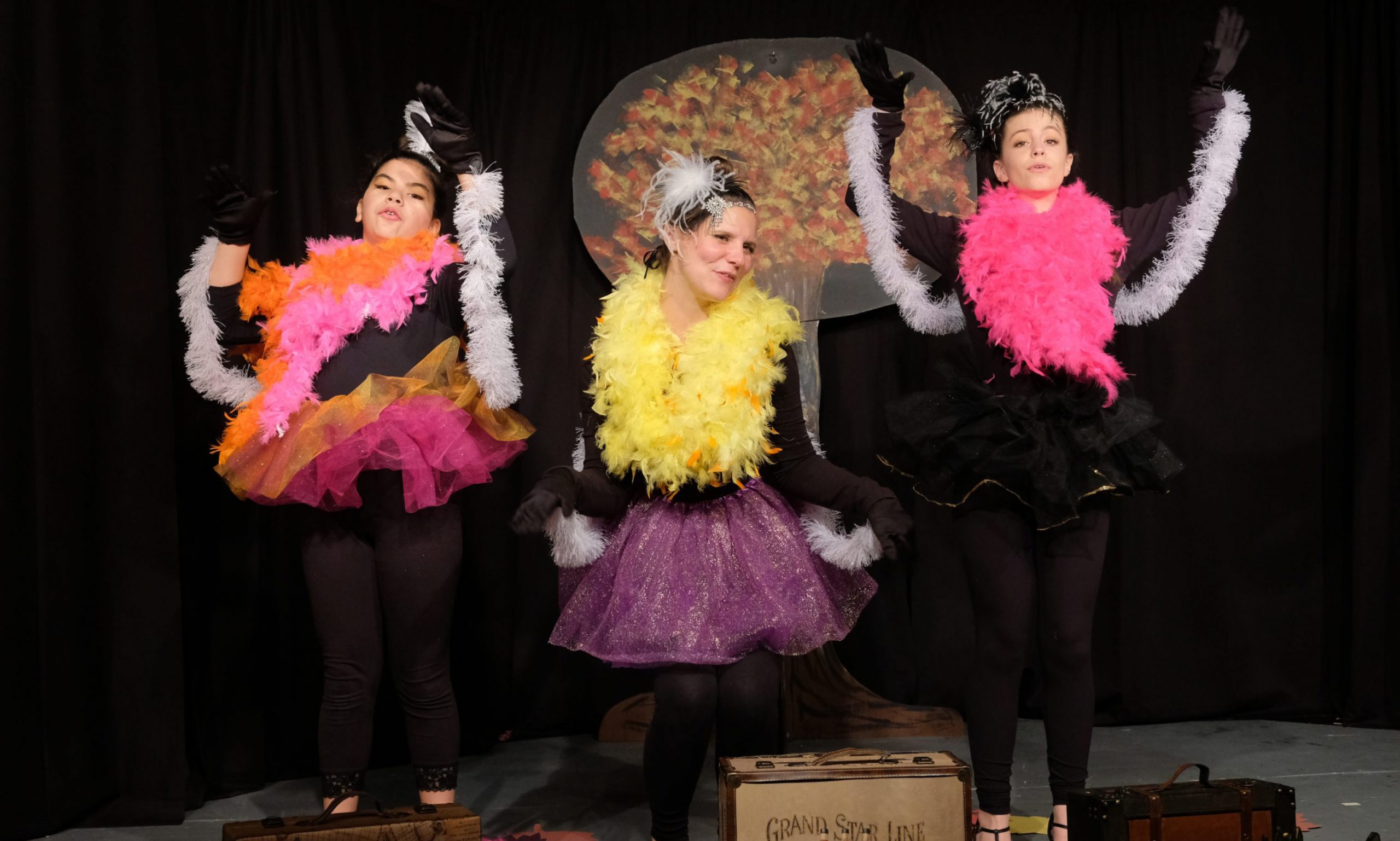 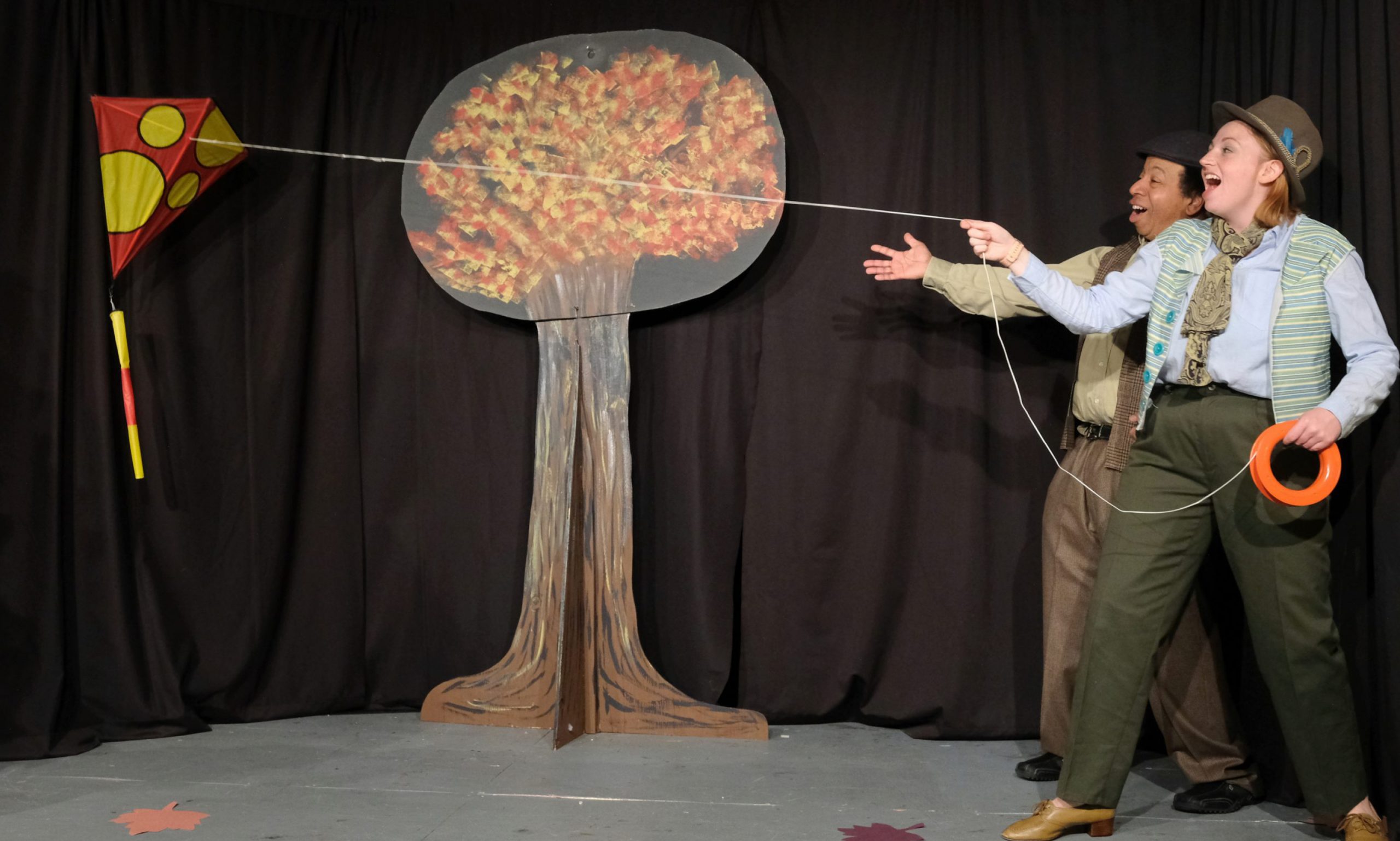 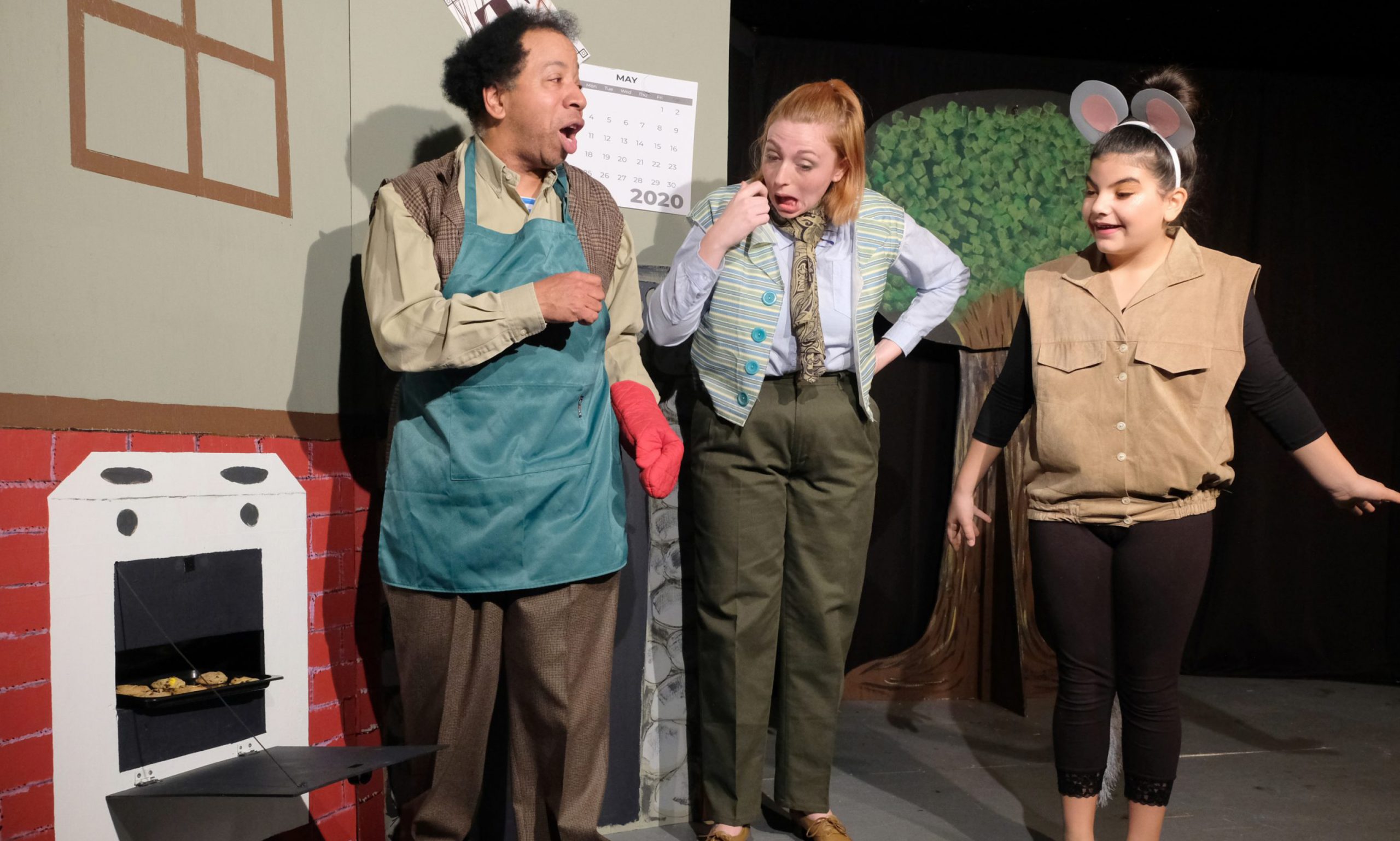 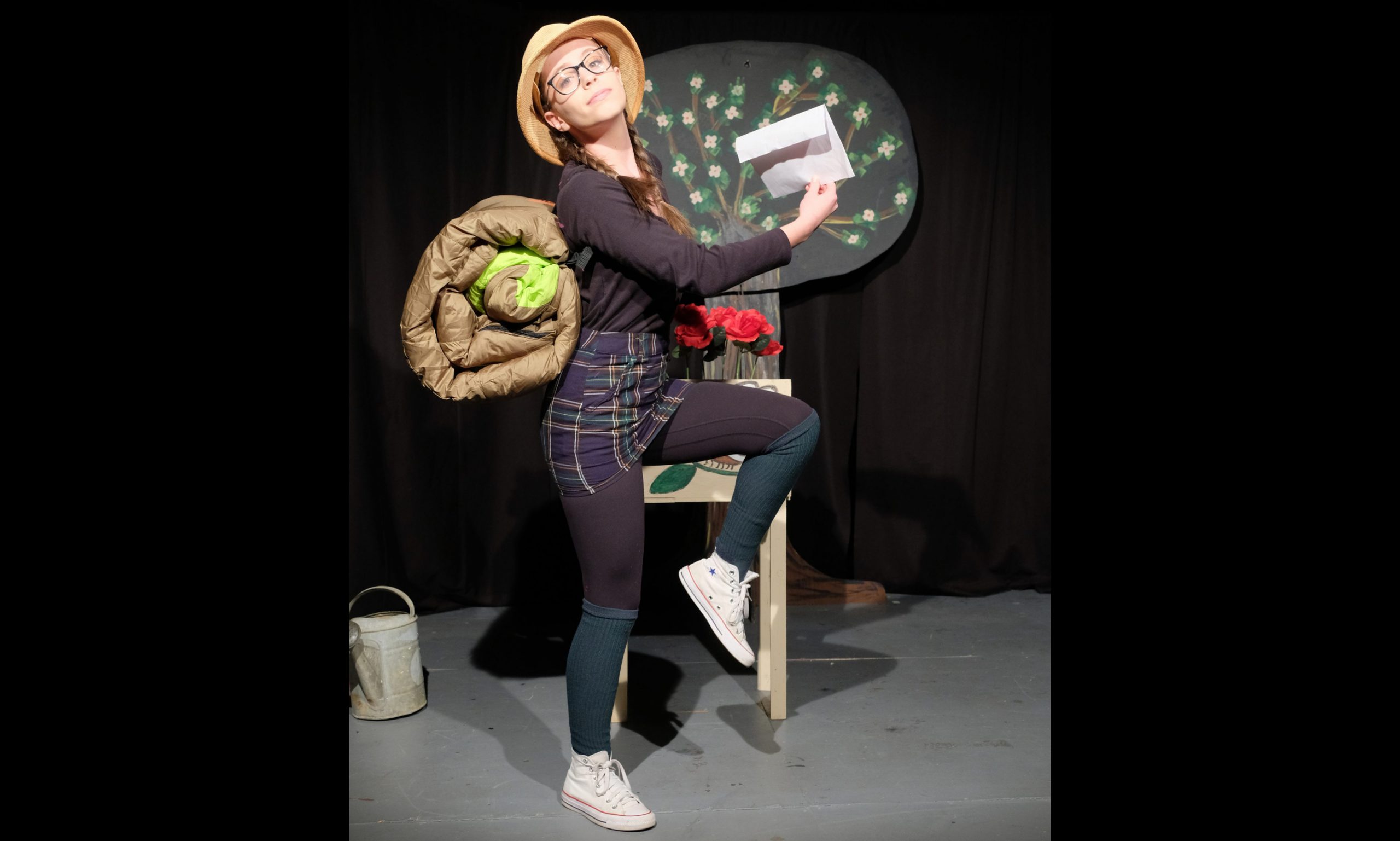 Arnold Lobel's well-loved characters hop from the page to the stage in Robert and Willie Reale's musical A Year With Frog And Toad. A Year With Frog And Toad remains true to the spirit of the original stories as it follows two great friends, the cheerful and popular Frog and the rather grumpy Toad through four fun-filled seasons. Waking from hibernation in the spring, they proceed to plant gardens, swim, rake leaves and go sledgeing, learning life lessons along the way, including a most important one about friendship and rejoicing in the attributes that make each of us different and special.

Carly Cavanaugh (Snail/Bird) is a freshman at Colts Neck High School. She has been performing at local theaters since she was eight years old. Past shows include Seussical and Music Man (Phoenix Productions), A Christmas Story, Elf, Jr. and Lion King, Jr (Brick Children’s Community Theater), A Charlie Brown Christmas (Algonquin), Mary Poppins and Gypsy (Axelrod) and School of Rock and Little Shop of Horrors (Manalapan Englishtown Middle School). Oh, and she once played “seaweed” in The Little Mermaid in a church basement. In her spare time, she takes tap and lyrical dance classes, plays piano, binge-watches Friends repeatedly…and cleans her room as slowly as Snail.

Gianna Minardi (Bird/Young Frog/Mouse) is 12 years old and is excited to be cast in A Year with Frog and Toad. Gianna has been performing for six years, including many shows with Brick Children's Community Theater, including Seussical (Yertle the Turtle), Peter Pan (Tootles/lost boy), Elf Jr. (Shawanda the Elf), The Lion King Jr., Aladdin Jr., Cinderella, A Christmas Carol, A Christmas Story, James and the Giant Peach, as well as The Wizard of Oz at the Axelrod Theater. She also performed at Feinstein's 54 Below with her vocal troupe. Gianna is a proud Ambassador for the Zzak G Applaud our Kids Foundation where she helps bring their mission of providing lessons in the performing arts to underserved children in NJ. She plays the piano, tuba, and trumpet and would like to thank Bernice and Mafalda for giving her this opportunity to perform with Center Players and also thanks the wonderful cast and crew and her family for supporting her dreams in the performing arts.

Tina Hausknecht (Bird/Mother Frog/Mole) After a 20- year hiatus from theater, Tina is thrilled to return to the stage with Center Players.  She thoroughly enjoyed the chance to get back into theater with such talented direction and supportive cast members.  Singing and theater has always been a passion, with her favorite roles including Sarah Brown from Guys and Dolls, and Lily St. Regis from Annie.  Tina is so thankful for the support of her colleagues and 5th grade students (who endure her singing on a daily basis).  She would also like to give a huge thanks for the support from her parents, sons, Lucas and Dylan, and her husband Scott (who spent many late hours watching said sons).

Dorothy Jo Blomquist (Frog) is very happy to be making her debut at Center Players in “A Year With Frog and Toad.” Dorothy is a dog walker by day and actor by night who has played roles such as Audrey in Little Shop of Horrors, Rapunzel in Into the Woods, Jenny in Company and Grace Farrell in Annie. She recently graduated from Fairleigh Dickinson University with a BA in Musical Theatre and is currently training to be an American Sign Language interpreter. Dorothy would like to thank her family and boyfriend for their support and she hopes you enjoy yourself with this fun show!

Marcus Scott (Toad) is happy to be making his debut with Center Players. This is the third time he is playing the lead as an animal. The other times were Snoopy in Snoopy and the Cowardly Lion in The Wizard of Oz (twice). Perhaps it’s his animal magnetism?? Other human roles have included Sir Harry in Once Upon a Mattress, David in Company, General Genghis Khan Schmitz in Seussical, Bellamy in The Fantastics, Hud in Hair and many others in Central and Northern New Jersey. Marcus has also done extra work on Law & Order with Jerry Orbach. He would like to thank Bernice for giving him the chance to work with a great cast – and for getting back to nature!

Emma Howson (Turtle/Squirrel/Mole) is thrilled to be performing at Center Players for the second time. Some other notable roles include Girl #1 in Doodle: An All-American Singalong, which was performed at Center Players; Tinkerbell in Peter Pan Jr., and Lumiere in Beauty and the Beast Jr.  Emma is currently is a freshman at Howell High School in the FPAC acting program. She enjoys working with everyone else in the cast and would like to give a big thanks to the directors for being so supportive and helpful.

Geri Wallens (Father Frog/Lizard/Large and Terrible Frog) has been acting since 2013 and has done several shows here at Center Players. She has also been seen at Spotlight Players in Matawan (most recently in Spamalot), Grange Playhouse in Howell and First Avenue Theatre in the Highlands. She is thrilled to be working another production with Bernice and Mafalda as directors. She applauds the wonderfully talented cast.

Sophia Ribas (Squirrel/Mole) is 12-years old and a student at Barkalow Middle School in Freehold. She is very happy to make her first stage appearance.  She may not have performed on the stage before now, but she is by no means new to it.  She has been helping her mother, who directs middle school productions, with all aspects of putting together a musical since she was four. In her free time, she takes tap, jazz and ballet classes, sings with her school chorus and loves to help out backstage at Center Players. She also loves oranges!  She would like to thank her family for their support and to Center Players for giving her the chance to perform.

Mafalda Cavanaugh (Co-Director) is thrilled for the opportunity to work with the fantastic Bernice Garfield-Szita on her directorial debut. She has served on the Board of Center Players for four years, and is responsible for marketing this little “gem” of a theater. A Manalapan resident, she is an avid theater-goer, enjoying both professional and community productions. When not at the theater, she serves as Marketing Manager for the Township of Old Bridge and the Public Library. She would like to sincerely thank the cast and crew for helping bring this delightful story to life and making it such a wonderful experience, and she is grateful for the chance to share it with her daughter Carly. She dedicates this production to her parents, who helped instill the love of theater at an early age, and to her children, Michael, Alex and Carly, with whom she spent many happy nights together reading the Frog and Toad stories (and one memorable afternoon at the Broadway production). And lastly, thanks to her first husband Jim, for his love, support and wit – and many trips to and from New York’s Theater District.

Tim McCorry (Musical Director) is an award-winning composer, lyricist, pianist, architect and educator.  His recording of original songs, "Diana," made with vocalist and daughter, Diana McCorry, was an “Official Selection” in eight categories at the 2009 Grammy Awards and received that year’s Silver Award from the Songwriters Association of Washington, D.C. for “Best Jazz and Blues Composition.” His diverse catalog of original works spans over 30 years. Tim studied music and architecture at Cornell University and studied privately with the late Dr. Roger Boardman, Director of the Piano Performance Program at NYU. His original musical, Coyote, will be performed as a developmental production with Center Players in July.

ane Barricelli (Stage Manager) is a retired educator who began her teaching career in Keansburg, NJ and enjoyed many years employed in the Marlboro Township School District. Jane is a mother of three daughters and a proud grandmother. She began volunteering at Center Players in 2004, and has enjoyed working with many talented and interesting people in the theater. The first play that Jane stage-managed was Baby the Musical. Other show highlights include The Boys Next Door, One Flew Over the Cuckoos Nest, Sunshine Boys, and Crossing Delancey. She particularly enjoyed working with the children in last year’s production of The Emperor’s New Duds and in this production. She wishes the talented and dedicated cast and crew of “Frog and Toad” an amazing run and hope that they have enjoyed their experience at Center Players.