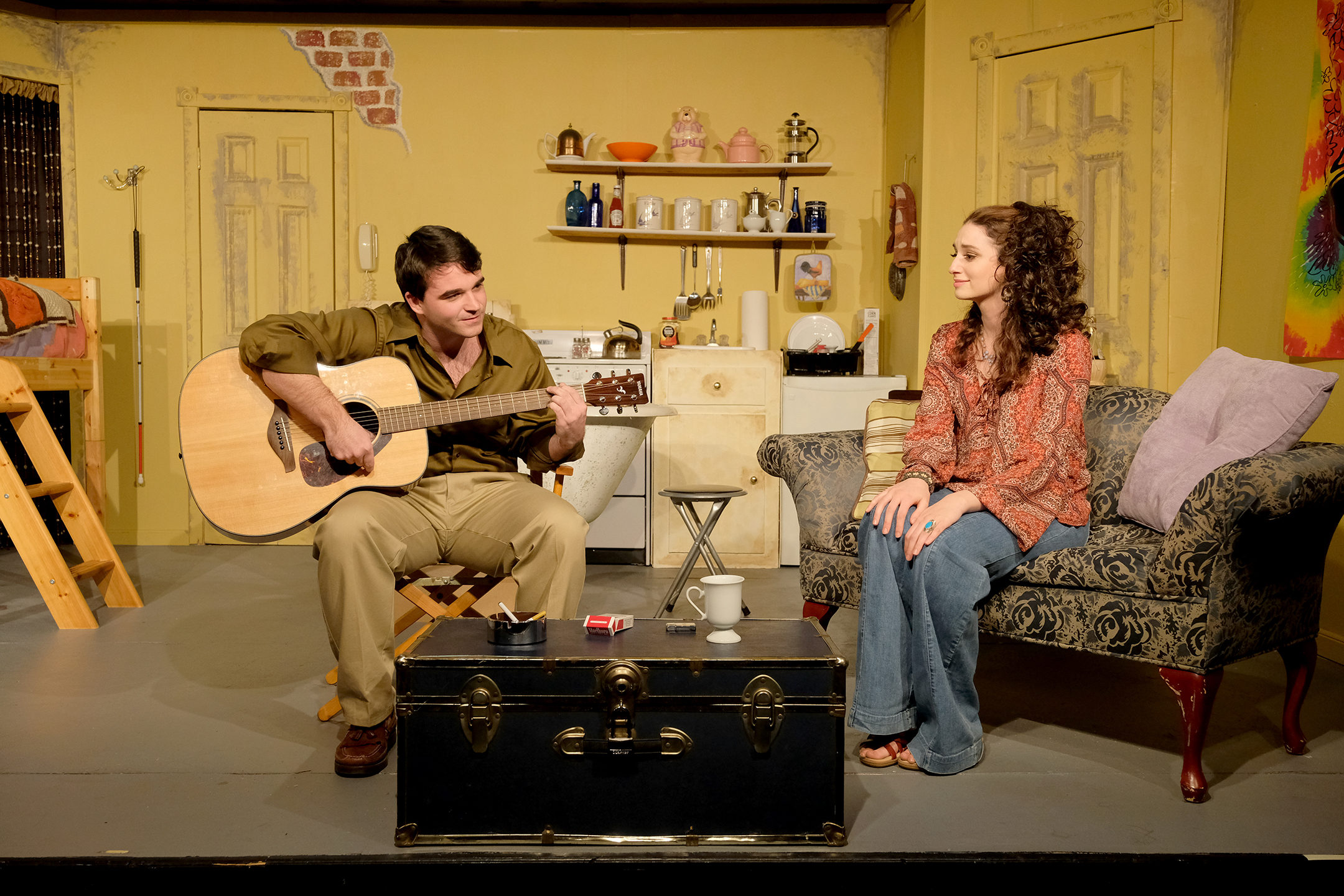 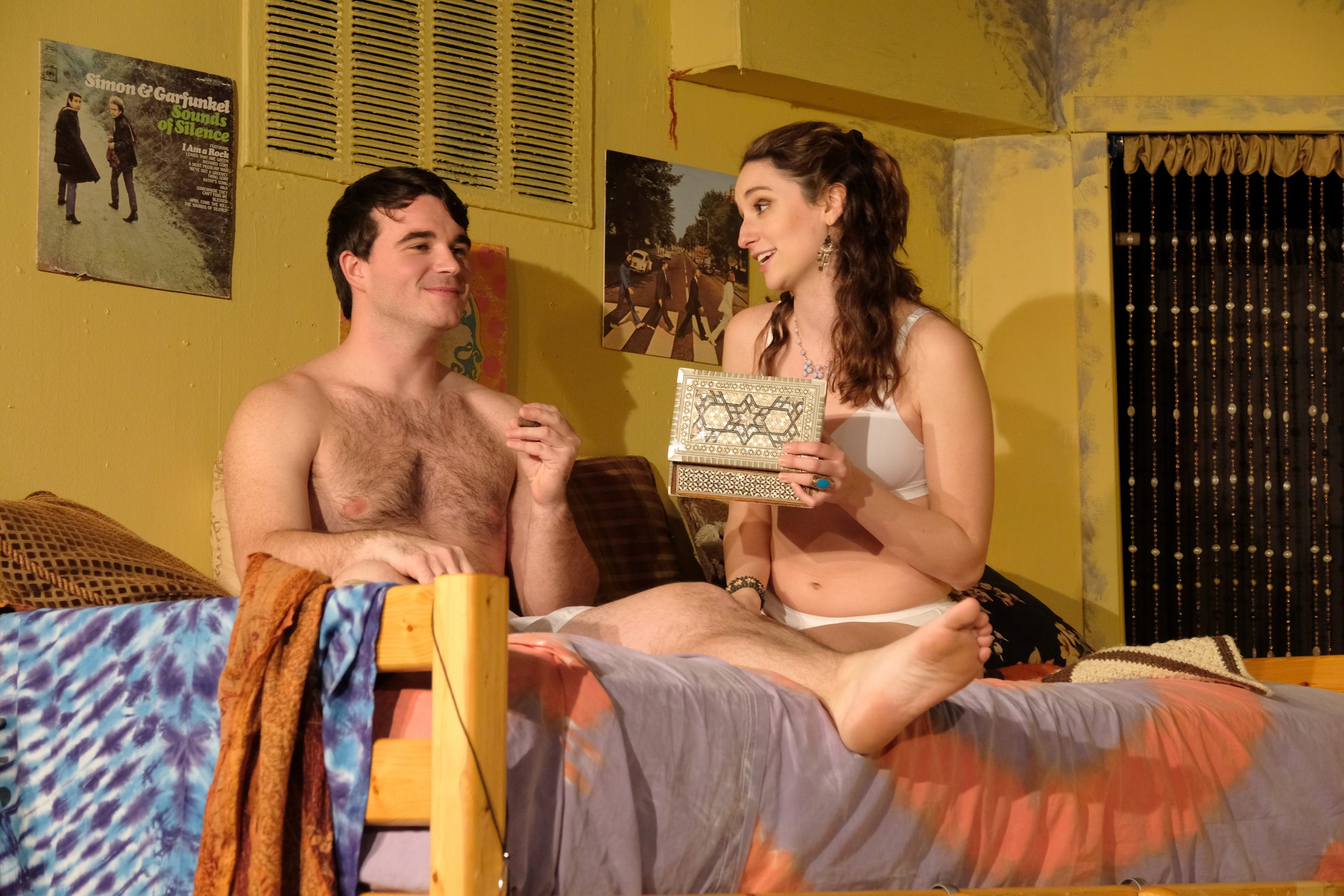 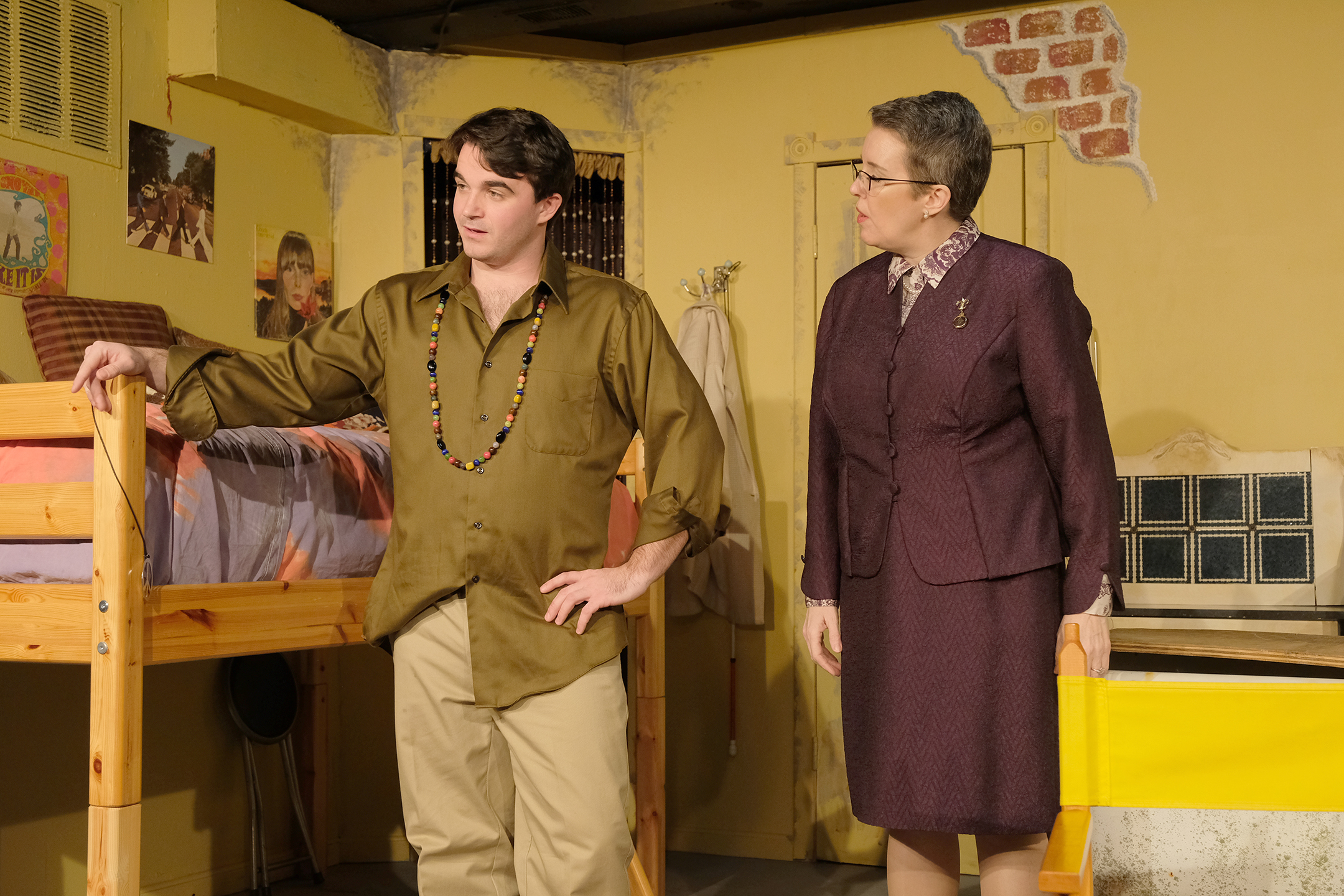 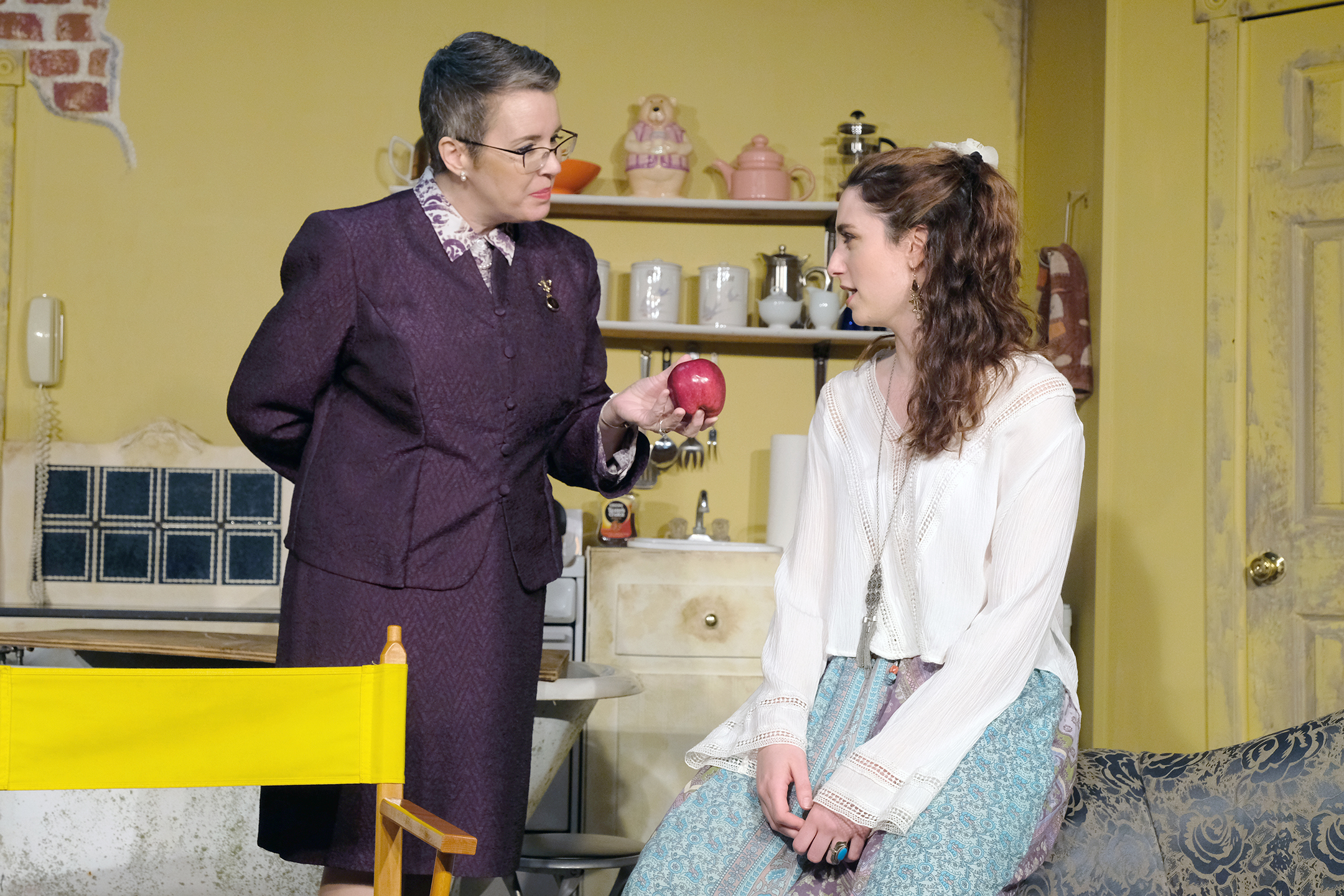 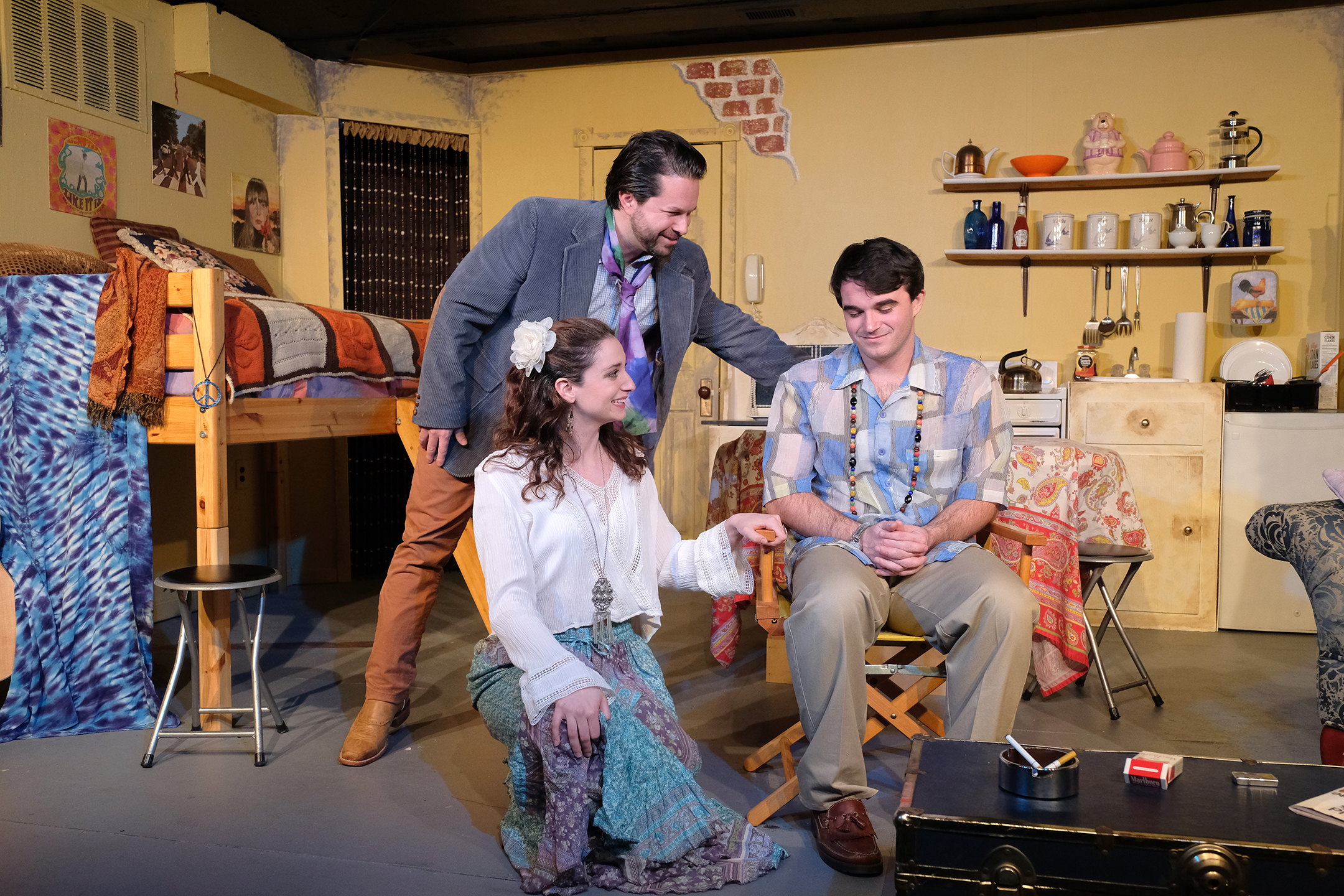 Don Baker is a young blind man who is determined to live on his own in New York City, circa 1969. When this budding singer/songwriter meets Jill Tanner, the free-spirited hippie who lives in the apartment next door, their friendship blossoms into a romance that takes both of them by surprise, along with the sudden arrival of Don’s overprotective mother.

Ryan Irving – Don Baker
Ryan is making his theatrical debut in Butterflies are Free. Ryan is also playing Shawn in the original Garden of Eden Production of Downtown Dreaming at the Performance Garage In Philadelphia, on March 31. Ryan played John in the short film, John Makes a Friend, this past  December in Philadelphia. I want to thank my amazing group of friends and my loving family, especially my mom and dad, for supporting me on this new adventure. Thank you to Jackie, Marina, and Vincent-it has been an amazing experience working with such an extraordinary cast. Thank you to the whole crew and everyone at Center Players Theater. I truly have met some incredible people and I’ll be forever grateful. This wouldn’t be possible without all of you and your help. A very special thanks to Nick Marinelli. Without his instruction and motivation, learning to play the guitar and singing within a month wouldn’t have been possible. Lastly, I want to express my great appreciation to Anthony Marinelli. Not only for giving me the opportunity to play Don Baker, but for really giving me the chance to make the character my own, even with next to no experience. It really was a dream working with Anthony, and I am thrilled to be a part of this production. In my spare time, I enjoy attending Philly sports games with my dad and brother, or playing sports with my friends.

Jackie Kuczinski – Jill Tanner
Jackie is a New York based actress. This is her debut performance here at Center Players and she is so excited! Jackie has been in plays and musicals her entire life. Once she entered college, she became bogged down with worries and fears about pursuing acting. She decided to major in Communications at The College of New Jersey while still attending acting classes on the side and being in plays at the college. Upon completing her degree, she decided to follow her heart and pursue acting once and for all. For the past three years she has been focusing on film acting and has appeared in three short films, one of which she won Best Actress at the Terminus 2016 Film Festival in Atlanta. She is currently represented by State Management NY for modeling and commercial acting. She looks forward to what the future has in store!

Marina Tu – Mrs. Baker
Marina is thrilled to be joining Center Players production of Butterflies are Free. This is her second appearance on Center Players stage, having recently played the role of Lady Bountiful in The Emperor’s New Duds. Marina is an avid storyteller and has performed at Belmar Arts Center’s annual Tellebration. She has performed with On The Spot improv troupe in Bloomfield, NJ and Comedy Dogs improv troupe in Atlanta, GA. While in Atlanta she took several acting classes and participated in local theater. She is grateful to Roberta Fallon, Sheldon Fallon, Bernice Garfield-Szita and Bob Szita for all their dedication to making Center Players such a wonderful theater. She is also grateful to Anthony Marinelli for casting her in this performance. Lastly, she is grateful to her family for supporting her during all the rehearsals and performances.

Vincent Gruosso – Ralph Austin
Vincent is very excited to be a part of this production of Butterflies Are Free.. . A local mortgage loan officer and soccer coach at Red Bank Regional, Vincent is also an experienced actor in theater, film and television. He spent two full seasons on the Emmy award winning HBO original series Deadwood. Feature films: Miami Vice, Starskey and Hutch, Spiderman II. and the viral video The Elevator Murder Experiment.  TV: Hatfield & McCoy’s, That 70’s show, IDTV, History. He is currently on the Travel Channel’s Mysteries At The Museum where he has been a series regular for the past 6 years. Theater: Otto Frank in The Diary of Anne Frank at the Axelrod Performing Arts Center. Vincent is grateful for opportunity to be in his first production at Center Players Theater and to work with such a great ensemble under the direction of Anthony Marinelli. He wants to thank his wife for all her support.

At Center Players, Anthony has directed staged readings of Edward Albee’s “Who’s Afraid of Virginia Woolf?” and David Mamet’s “Speed-the-Plow” as well as Signature Series Presentations of Woody Allen’s “Play It Again, Sam” and Neil Simon’s “Chapter Two.”  He would like to thank his cast for their hard work and dedication in bringing these characters to life and Center Players for inviting him to come back and play again. Finally, Anthony would like to thank his family for their patience while he spent long hours away from home, especially his wife, Alice-Ann, for her enduring support, understanding, and love.