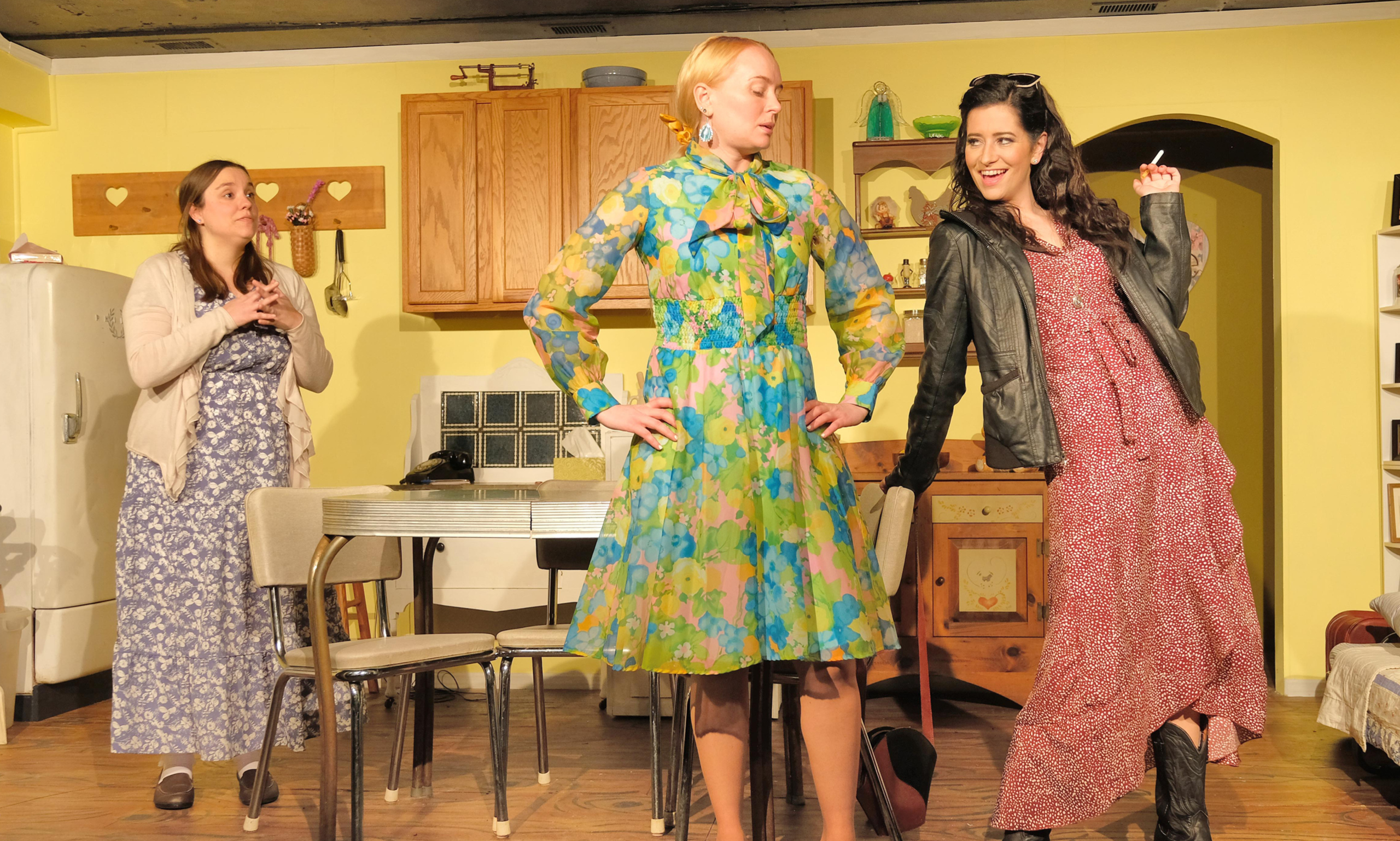 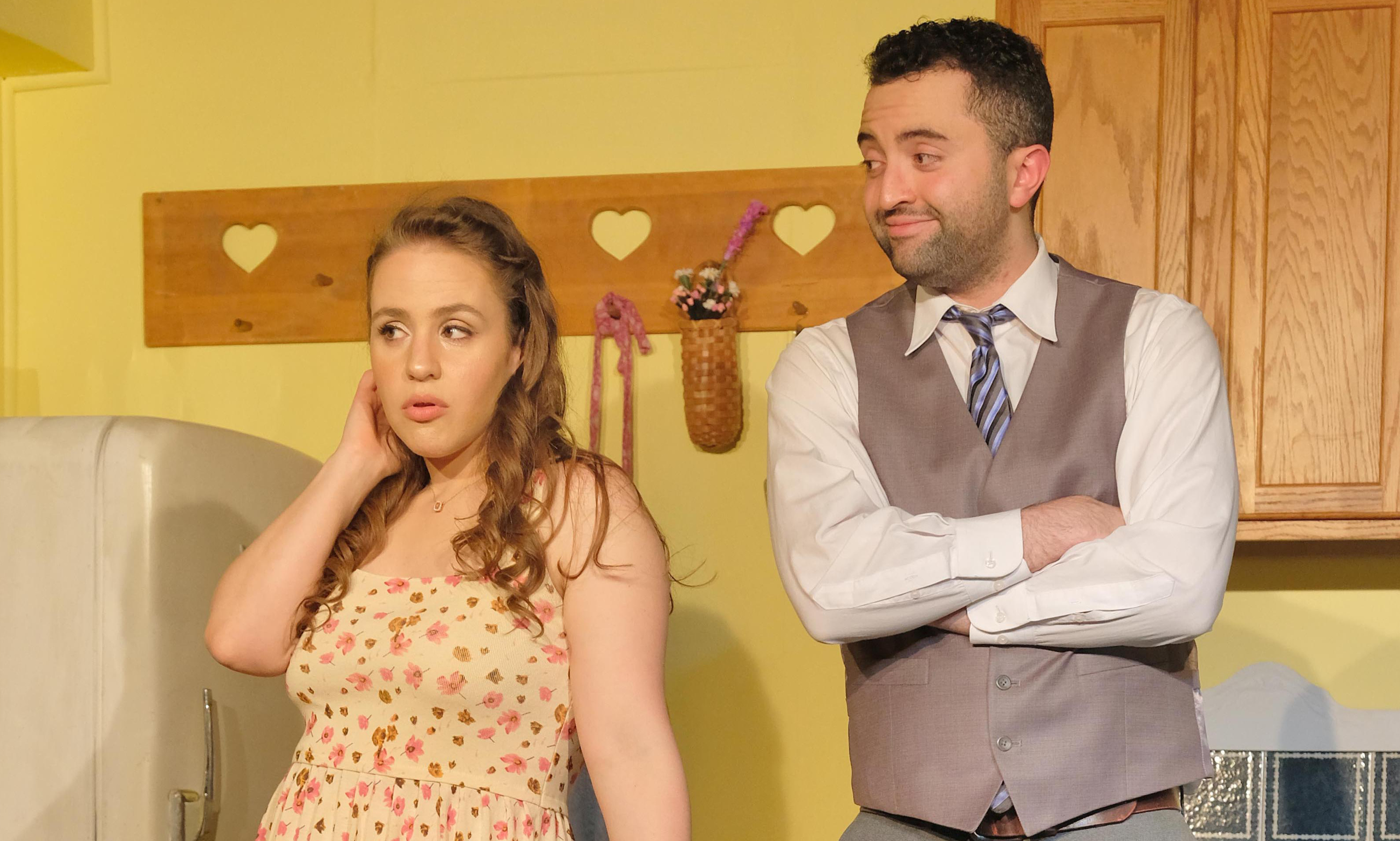 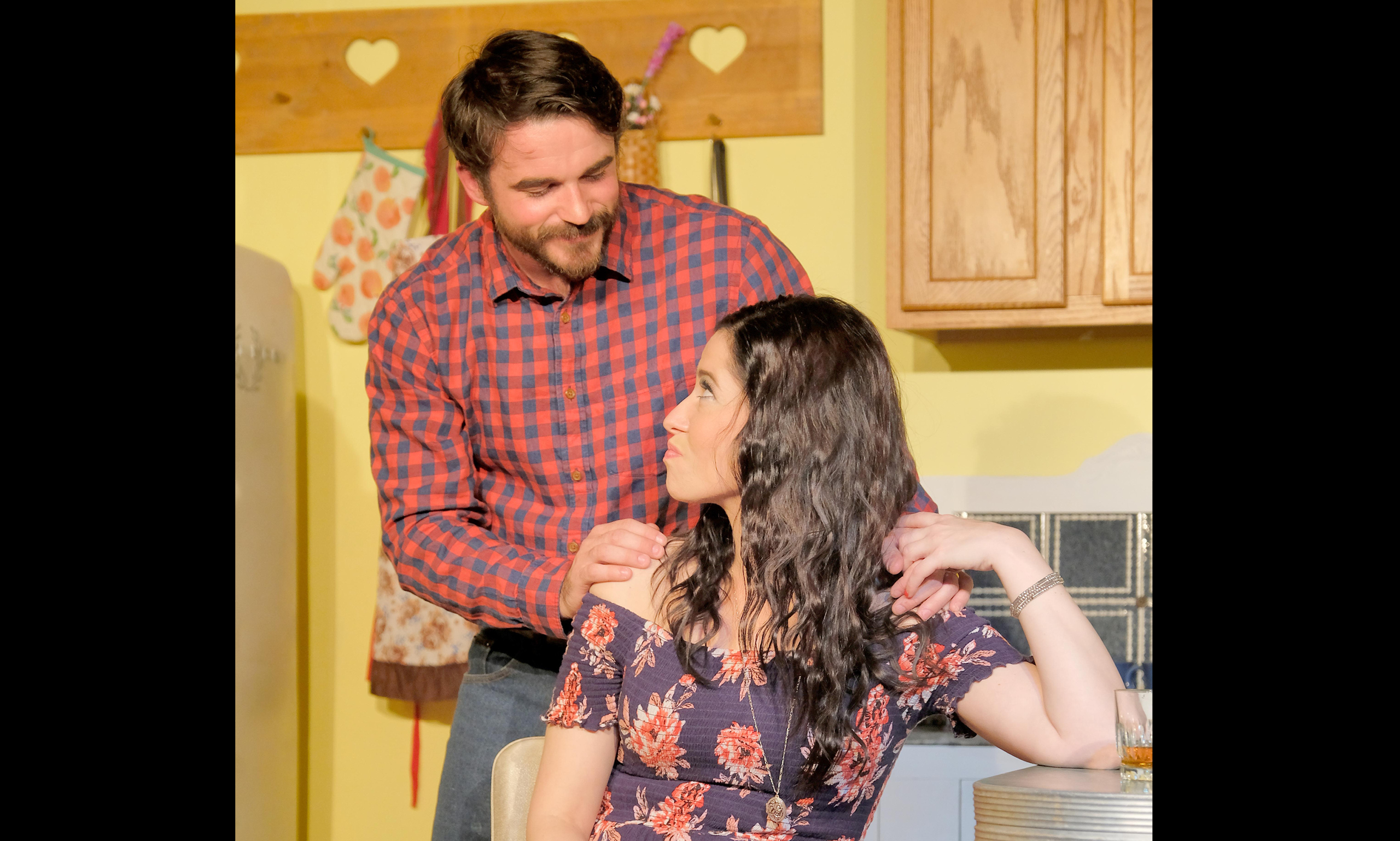 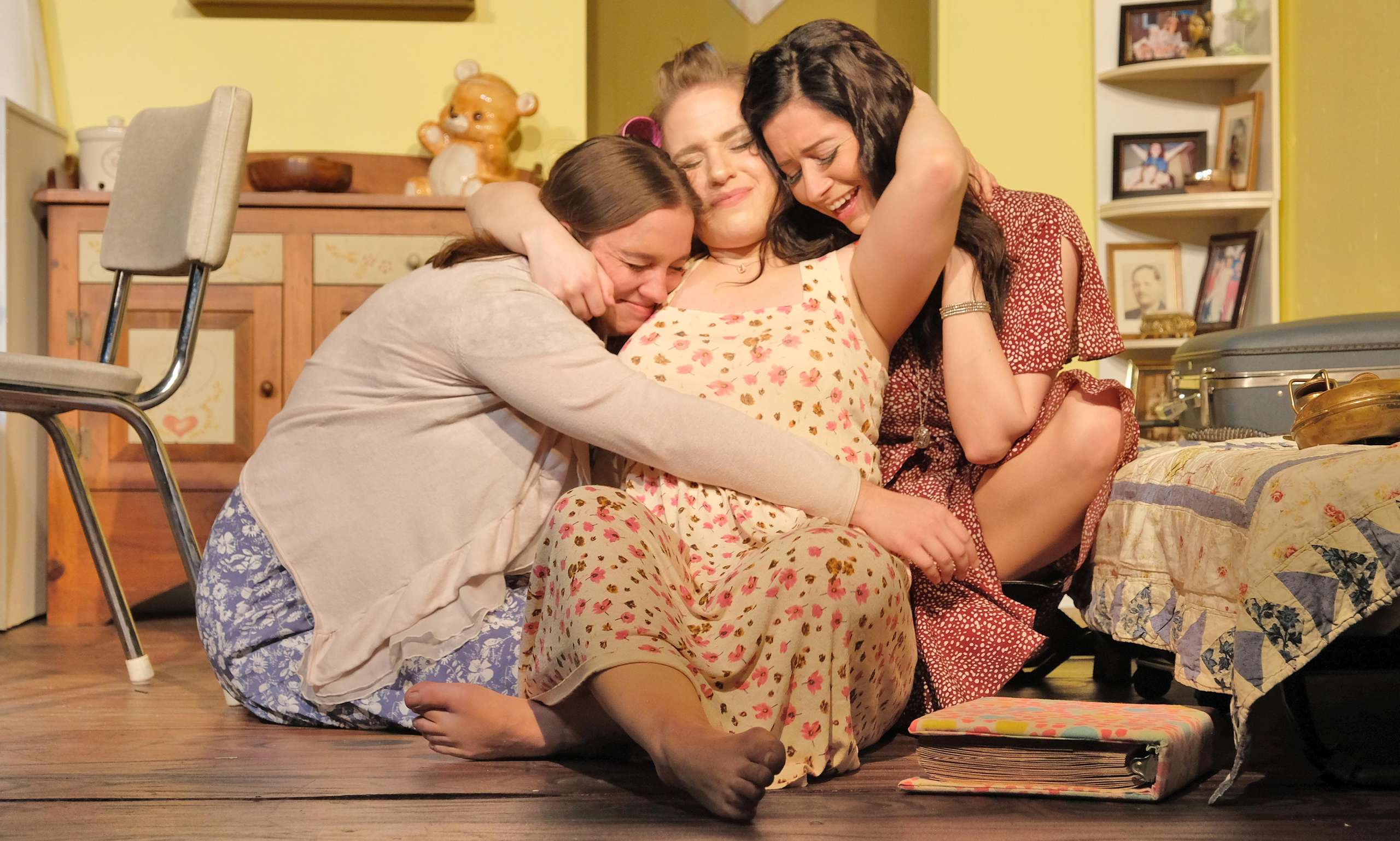 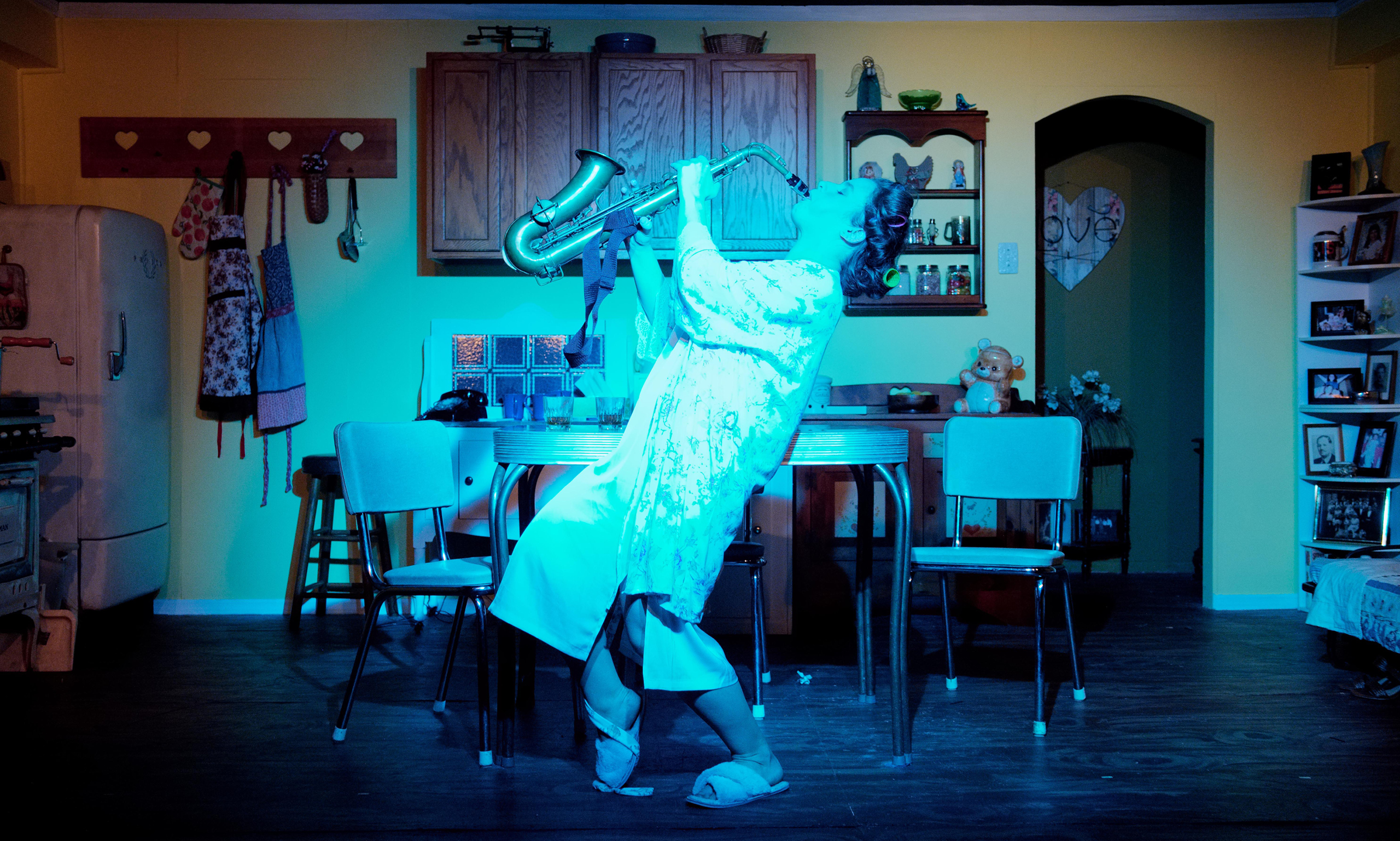 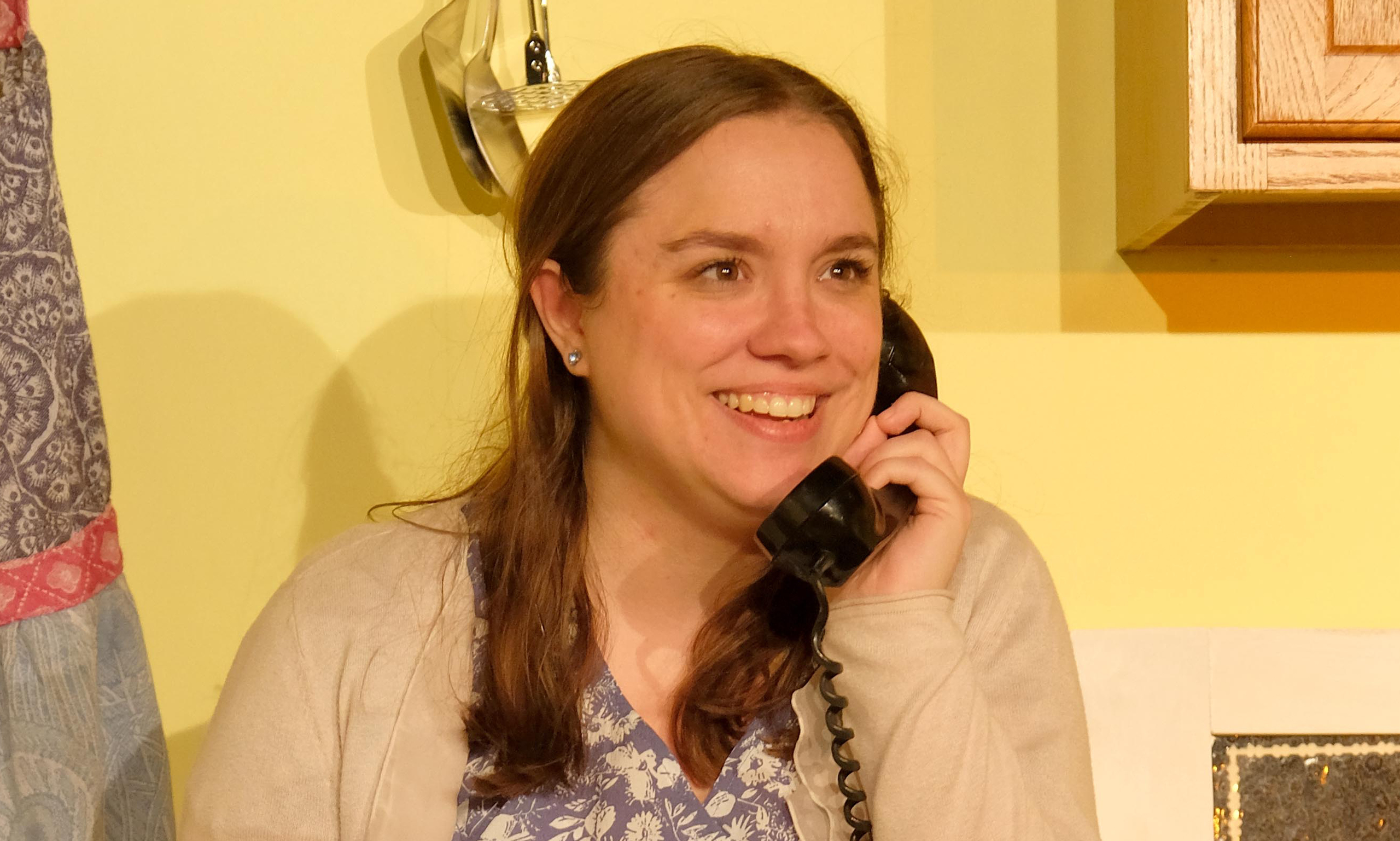 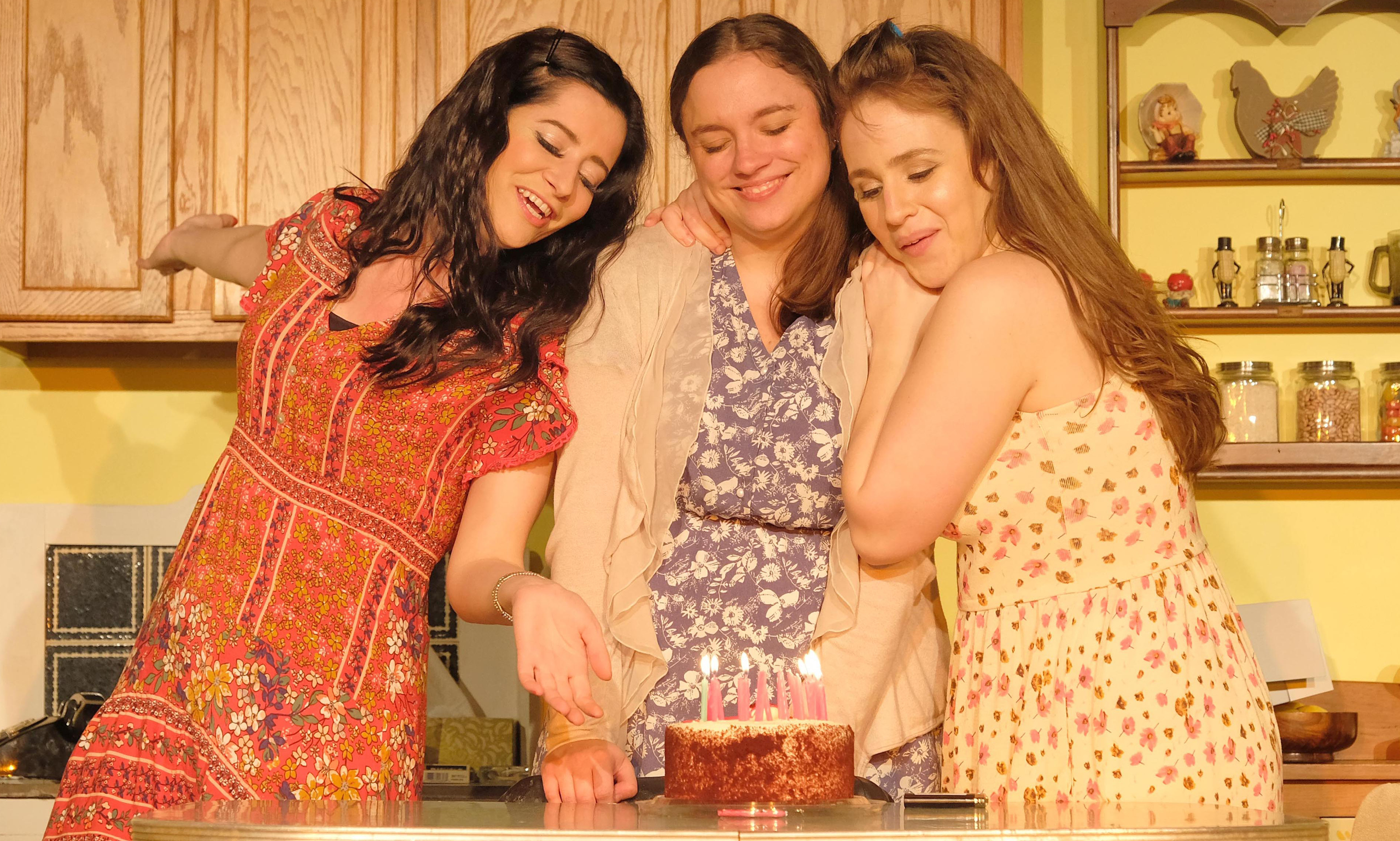 Beth Henley’s Pulitzer-Prize winning tragicomedy about the three Magrath sisters (Lenny, Meg, and Babe) who are reunited in Hazlehurst, Mississippi (circa 1974) as they await the news of their ailing grandfather while also dealing with the attempted murder committed by Babe against her brutish husband. Over the next two days, the family’s skeletons will be revealed, deep-seated resentments return to the surface, and tears will mix with laughter as the sisters work their way through the pains of life and love in the best way they can: with each other.

Linda Paone (Lenny Magrath) is honored and overjoyed to share the outlandish and beautiful story of the Magrath sisters alongside this incredible cast. You may have seen her in Center Players' productions of Charlotte's Web (Charlotte), Prelude to a Kiss (Aunt Dorothy), and You're A Good Man, Charlie Brown (Snoopy). She is also a proud member of the techies, operating lighting, and sound for many shows at CP.

Thanks to everyone at Center Players who works so hard in their respective roles, Anthony for believing in me, Donna and Rebecca for all the sisterly love, my amazing family, and especially my husband Mark who is a more wonderful partner than I ever dreamed of, (and Beth Henley for writing Lenny into existence, though she probably won't read this).

Candace Predham (Chick Boyle) is excited to be back on stage with the fantastic cast and crew at Center Players! Outside of theater, Candace has been in 15+ films and various commercials.  When she is not acting, she works in the music industry and enjoys spending time with her husband and their two kitties.  Thank you to Harrison for always supporting me!  Please visit my website iamcandyfox.com for more info.

Ryan Irving (Doc Porter) is thrilled to be back at Center Players since making his theatrical debut in Butterflies are Free, also directed by Anthony Marinelli. Ryan is very thankful for all of the hard work, not only what the cast has done, but what everyone behind the scenes has done to make this show a reality. Most of all he is grateful for the audience and hopes they enjoy it as much as he enjoys being a part of it. Thank you!

Donna Nicholle (Meg Magrath) is SO excited to be back with Center Players of Freehold! Past credits: Same Time Next Year, Prelude to a Kiss, The Bishops wife, Jekyll and Hyde, Wizard of Oz, Annie, Joseph ATATDC, A Christmas Carol, and various Shakespeare Plays. Donna would like to thank everyone at Center Players, a beautifully talented group of people, without whom this show would not be so amazing! To my cast mates I thank you all for your beautiful work and to my “sisters” - I could not do this without you. To Tonzy, who always inspires me and the reason I am here - and Lastly, Donna is most grateful to her husband Robert who always supports her dreams. To John for always helping, and of course to my sweet boy, Dexter. To the Niemi’s for their beautiful horses, and to family for their support and Grandpa, this one’s for you ❤️

Rebecca Grossman (Babe Botrelle) After a four year hiatus, Rebecca is thrilled to return to the stage for her third Center players production. Previous stage credits include Lovers and Other Strangers, Picnic, Seussical the Musical, and Urinetown. When she is not performing, Rebecca is a speech-language pathologist and speech coach specializing in voice/ swallowing disorders, accents/ dialects, and executive presence. She is forever grateful to Anthony for giving her the opportunity to work with such a talented cast and crew; the McGrath sisters for the dance parties and keeping each other afloat; her brothers and dad for carrying the team; Jason for being the best part of her; and mostly to Mom, who has persistently and patiently modeled what it means to be a strong, passionate, kind, and badass human being. So much love!

Christopher Berry (Barnette Lloyd) – He is surely thrilled to be returning to Center Players after being a part of the ensemble for their sold-out stage production of “One Flew Over the Cuckoo’s Nest” a few years ago. He was most prominently featured as Young Albert Einstein in First Avenue Playhouse’s production of “Picasso at the Lapin Agile”. He thinks the rehearsal process for this show has been wonderful with the director’s attention to detail and the staggering talent of its cast. It’s helped him mature one step further into his own craft of acting.

At Center Players, Anthony has directed staged readings of Edward Albee’s Who’s Afraid of Virginia Woolf? and David Mamet’s Speed-the-Plow as well as Signature Series Presentations of Woody Allen’s Play It Again, Sam, Neil Simon’s Chapter Two, Leonard Gershe’s Butterflies Are Free, and Same Time Next Year, by Bernard Slade. Last summer he was proud to collaborate with Center Players in bringing Craig Lucas’s Prelude to a Kiss to the Kirk Tibbett Stage at Lake Topanemus Park, the first time the stage had ever been used for live theatre.

He would like to extend his heartfelt thanks to his supremely talented cast for their hard work, dedication, and professionalism in bringing these characters to life. What you see on stage is the result of months of preparation and exploring and experimenting; it’s never easy, but always a joy when you have a group like this to work with. He will always be grateful for their collaboration. And, of course, thanks again to Center Players for giving him another opportunity to play again!

Finally, Anthony would like to thank his family for their patience while he spent long hours away from home, especially his wife, Alice-Ann, for her enduring support, love, and understanding.

Roberta Fallon (Producer) Roberta is very pleased to be producing her 15th show for Center Players. She enjoys working as a producer, as it allows her the opportunity to work with many different directors, and to take part in the development of a show from first audition to opening night. She has also appeared on Center Playhouse stage as Helen the Maid in A Doll's House, Mrs. Rodgers in And Then There Were None, and Irma Kronkite in Picnic. Roberta serves on the Business Board of the theater as secretary. She is also Vice-President and co-owner, with her husband Sheldon, of The Leigh Insurance Agency in Freehold. She is extremely pleased to once again be working with such a professional, talented director as Anthony. It is also so pleasing to be working with this talented cast, who bring each individual character to life so beautifully. She thanks her husband Sheldon for encouraging her to join him at Center Players and being her biggest supporter. She looks forward to continuing to bring award winning theater to the community.

Denise Warren (Stage Manager) has been involved with theatre all her life, on stage, in the pit band, and behind the scenes. She began making costumes for anime conventions and science fiction conventions, then made costumes and props for many community theatre productions including Macbeth, A Midsummer Night’s Dream, Peter Pan, and The Three Musketeers. At Center Players she was in the ensemble and worked with costumes for Bernice Garfield-Szita’s  The Emperor’s New Duds, and was stage manager for Butterflies Are Free, Same Time Next Year and Prelude to a Kiss. She is grateful for the opportunity to work with Center Players and Anthony Marinelli again. She has really enjoyed working with this wonderful and supportive cast.