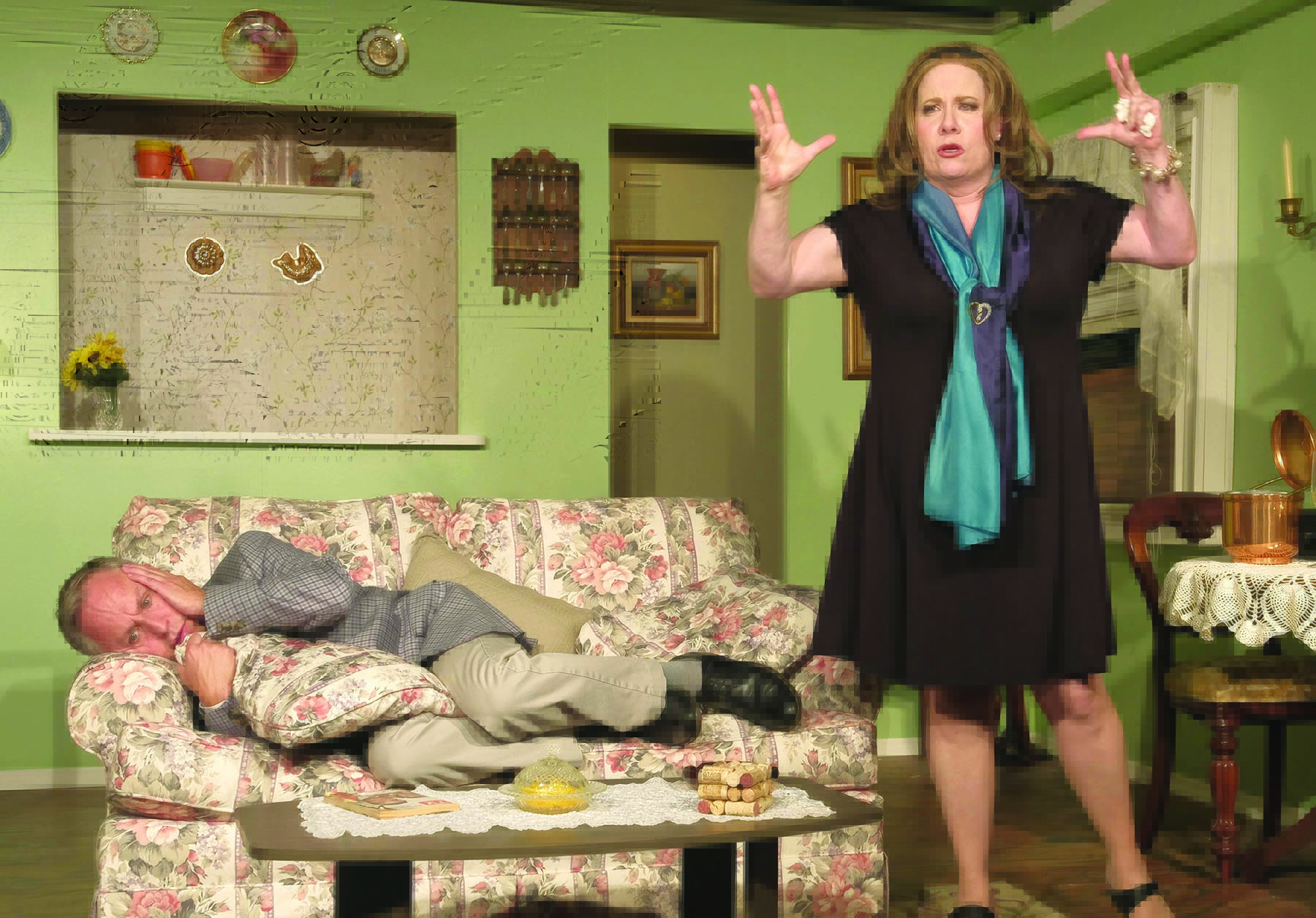 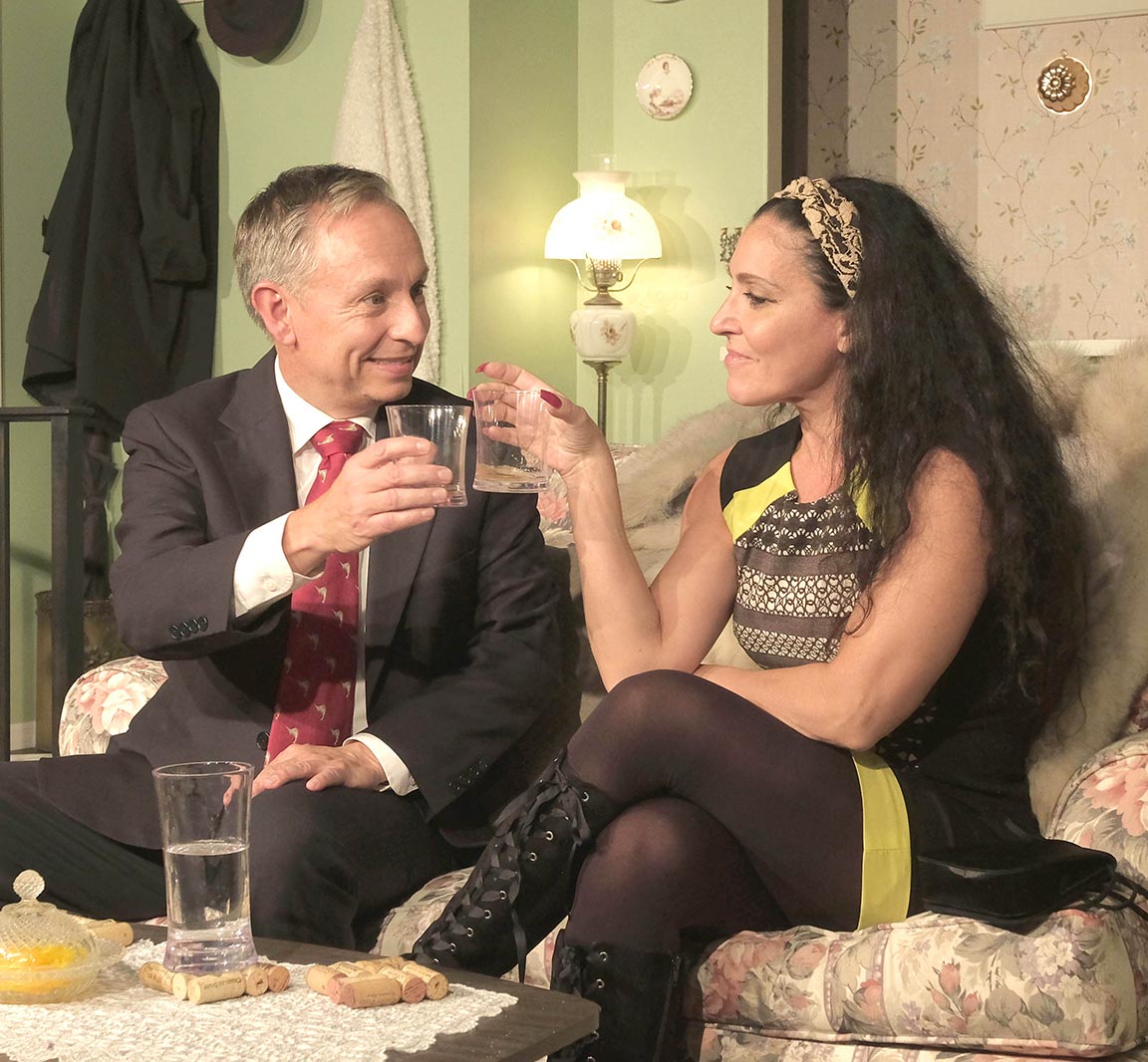 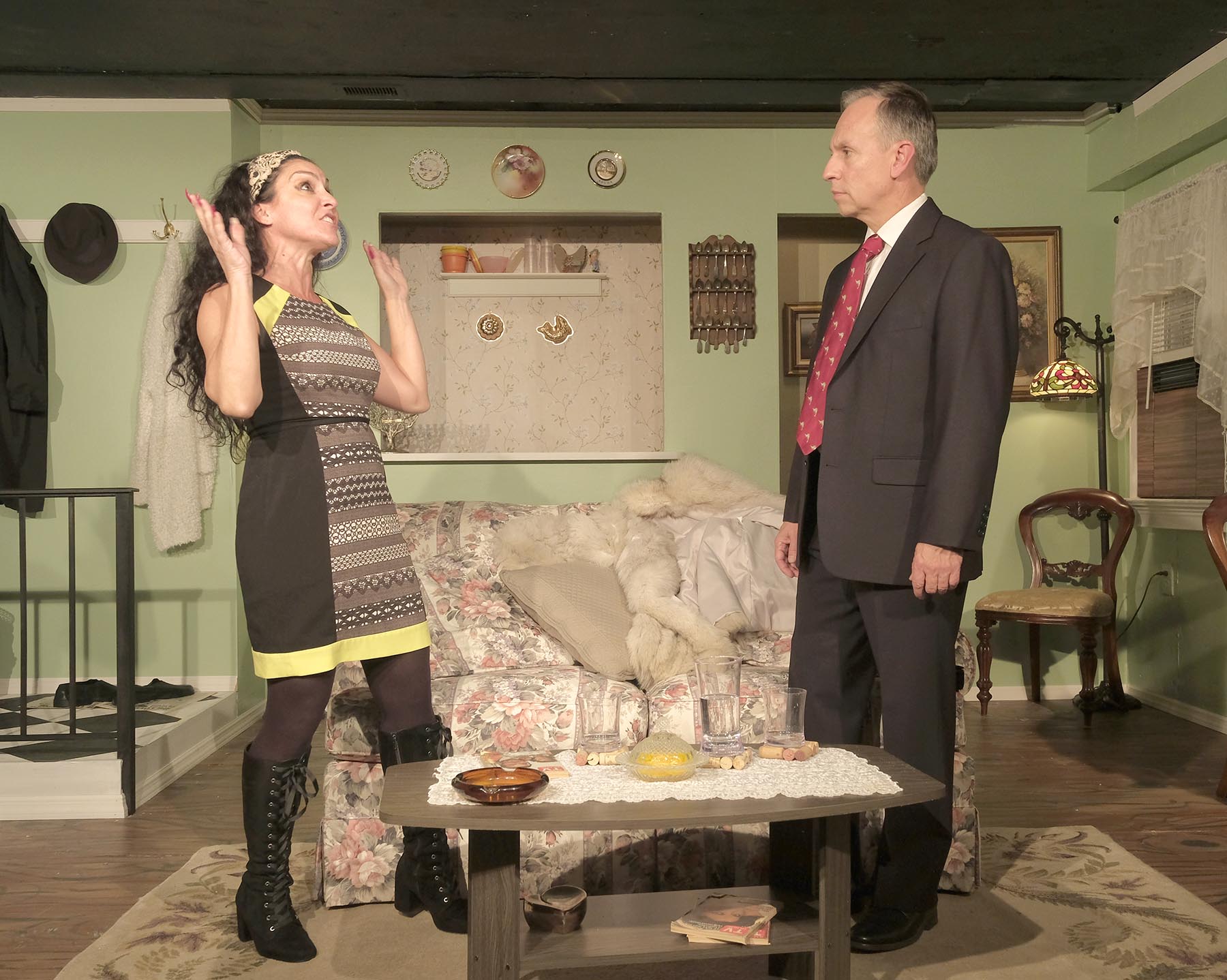 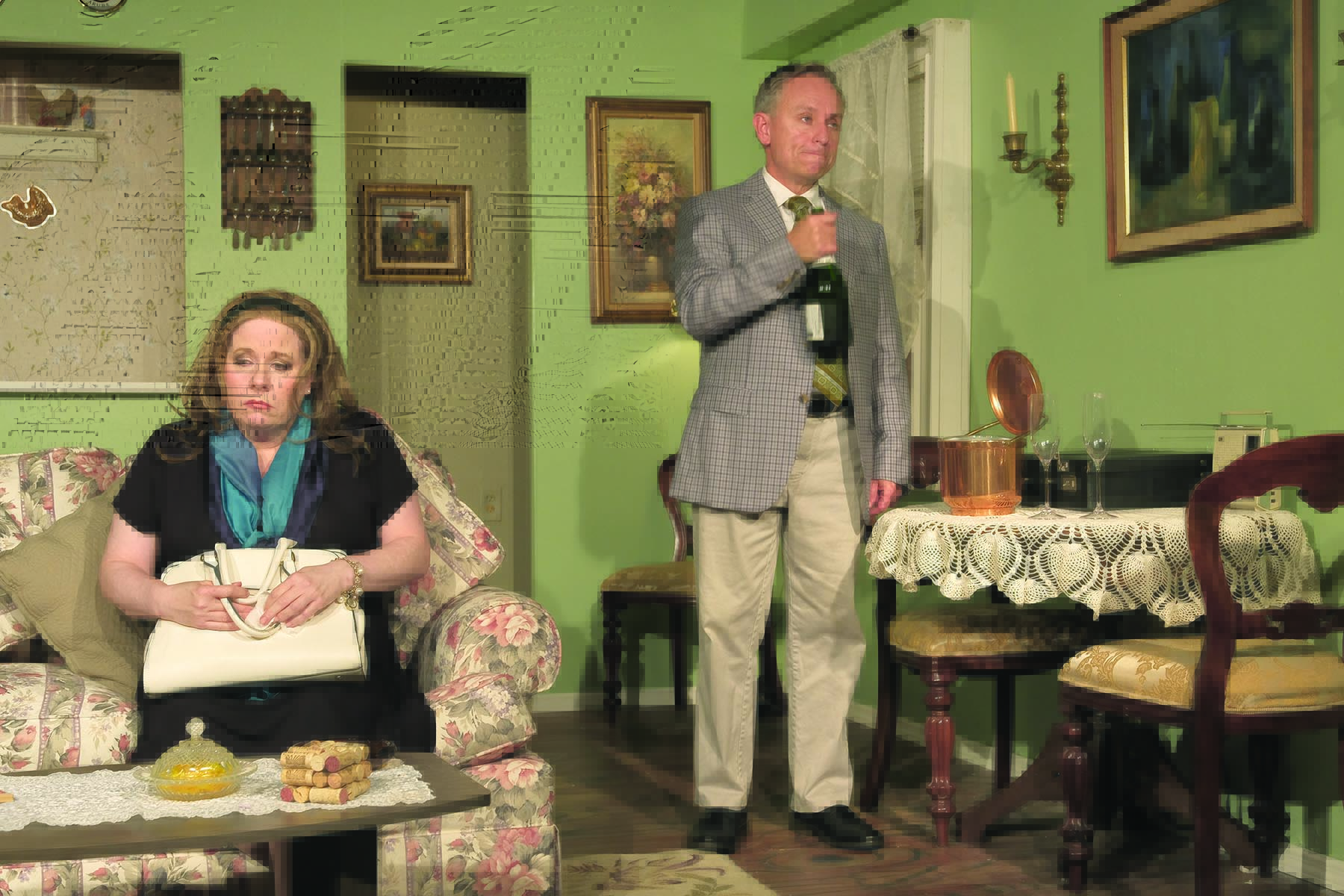 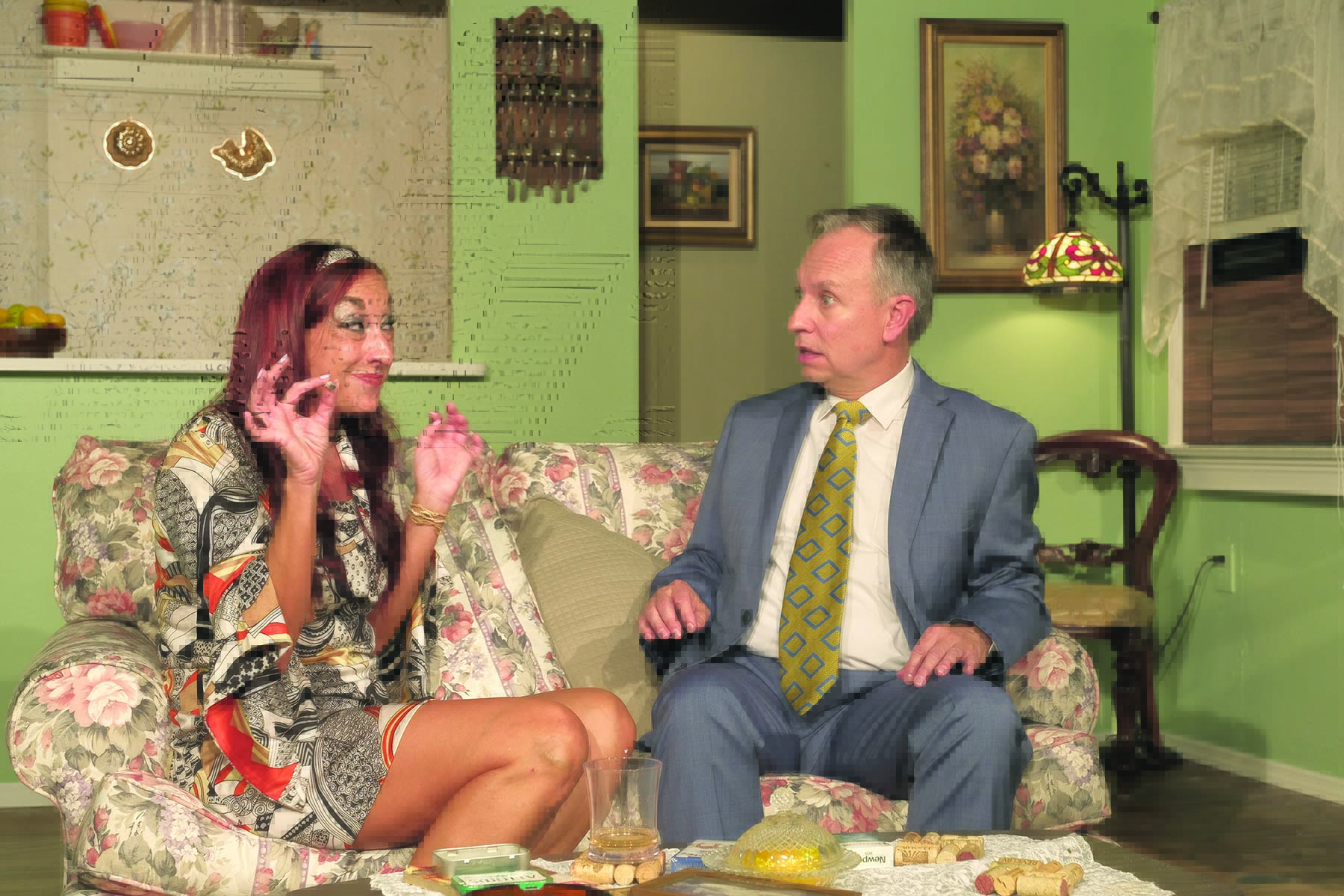 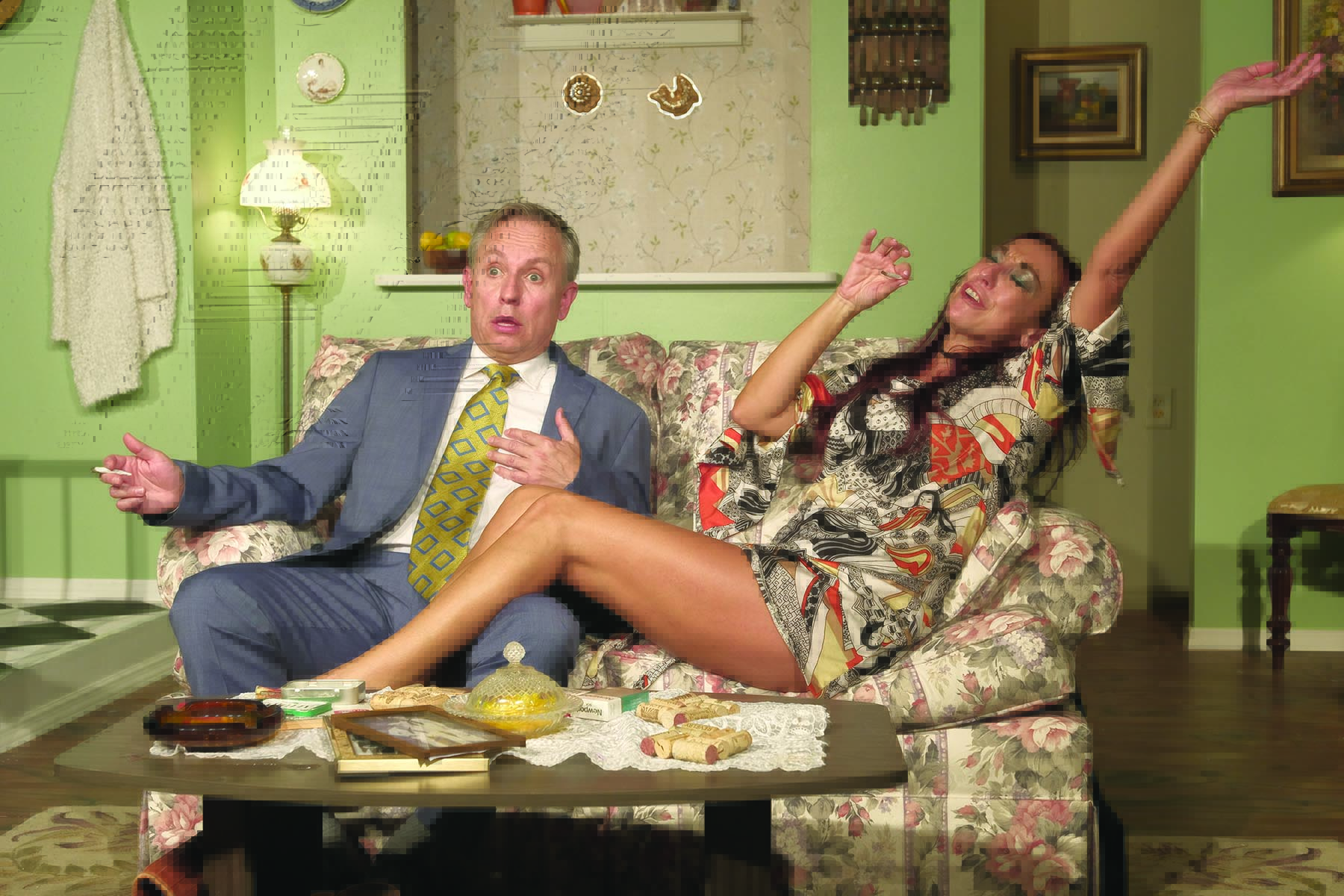 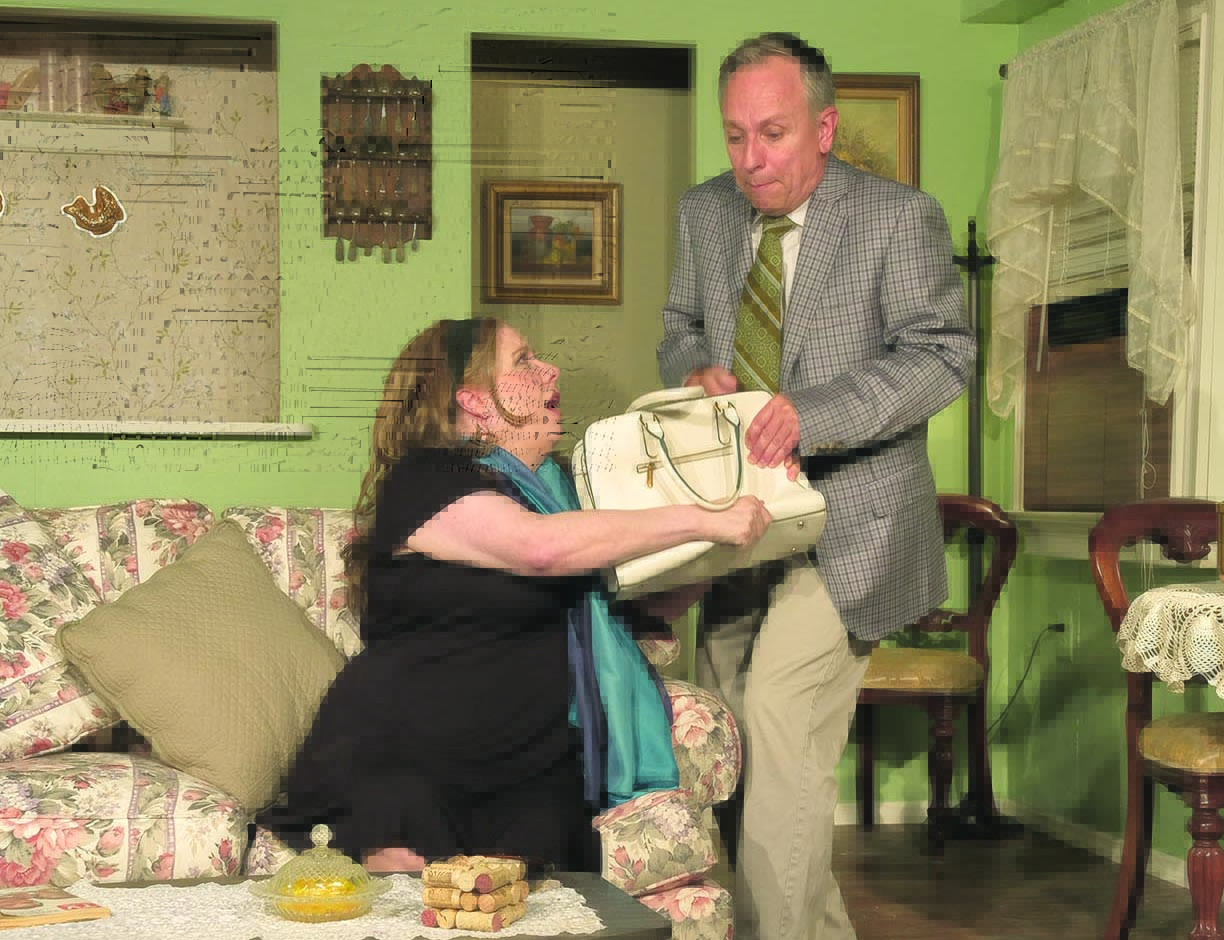 This classic Neil Simon comedy tells the story of Barney Cashman. Middle-aged and married, overworked and overweight, Barney wants to join the sexual revolution before it's too late and arranges three seductions. Taking advantage of his mother's empty apartment, he attempts to lure various women over for sex, but his bumbling efforts result in hilarious situations. A hard-living type openly derides him, a young actress proves too insane and his best friend's wife is offended by the very idea.

Michael is very pleased to be returning to the Center Players stage where he has performed in California Suite (Marvin/Mort), Lend Me a Tenor (Max), Italian Funerals and other Festive Occasions (Big Man on Hester Street), The Emperor’s New Duds, (Emperor), Lovers and Other Strangers (Jerry), and Agatha Christie’s Murder on the Nile (William Smith). He also appeared in numerous productions at Kelsey Theater in Mercer County, such as in A Flea in Her Ear (Etienne), Laughter on the 23rd Floor (Milt), A Chorus Line (Al) and Arsenic and Old Lace (Mortimer).  We suspect he’s trying to find himself by frequently pretending to be someone else.  Michael would like to thank you, and sends love out to his friends and family, especially his Love Milena, and kids Mo, Nina, and Sarah, who also fill his life with comedy and drama.

Precious is excited to return to Center Players in her fourth production  Last of the Red Hot Lovers. Her previous shows include Lovers and Other Strangers, Italian Weddings and Other Festive Occasions, and California Suite. Film credits include Who's Jenna..  and Team Marco. Precious  is a professional singer and has performed in many popular venues for over 25 years.  Special thanks and gratitude to Michael Tota for the opportunity for this role, and to the talented cast and crew for their support, friendship, and hard work.

Lisa is happy to make her Center Players debut in Last of the Red Hot Lovers. She is a graduate of the NYU Program in Educational Theatre and teaches middle school theatre and dance. Favorite credits include: Some Girls (Tyler), Play It Again, Sam (Nancy), The Other Place (Dr. Teller, Laurel, Woman), Almost, Maine (Glory, Hope, Waitress), Beyond Therapy (Prudence), and Polaroid Stories (Eurydice). Thanks to Michael and everyone at Center Players for giving me this opportunity and making me feel welcome!

Eileen is beyond thrilled to be a part of the Center Players family again. This is her second time working with Director Michael Tota and the gang. Her first appearance was as Julia in Lend Me A Tenor. She especially enjoys playing Neil Simon's characters which are heartbreaking, flawed and funny, quirky, and eccentric. After a decades-long layover called Life, Eileen entered back into the voice acting and film acting professionally in 2018. From Barnegat, New Jersey she lives with her wonderful husband Brett and their cats. She is also an author and video creator. A passionate environmentalist, you can find her in her organic pollinator and native plant gardens when she is not acting. Many thanks to Roberta, Sheldon, Michael Tota, the entire crew of Center Players and her fellow actors for their talent, generosity and support. You are all my tribe and I'm thankful to have met you.

Michael is happy to be back at Center Players working with such a talented cast and crew. He directed last season’s grand opening show California Suite. Other Center Players Signature Series shows that he has directed include Lend Me a Tenor and Lovers and Other Strangers. In addition, has appeared on Center Players stage as Dad in Italian Funerals and Other Festive Occasions, Ben in The Sunshine Boys, Leo in Chapter Two, Humphrey Bogart in Play it Again Sam, Dr. Einstein in Arsenic and Old Lace, and Milt in Laughter on the 23rd Floor. Michael’s other roles include, Teach in American Buffalo, Fox in Speed the Plow, Mortimer in Arsenic and Old Lace, Renfield in Dracula and Father Mark in the Regional tour of Tony and Tina’s Wedding.

His latest film Color My World will be making festival rounds in the coming months. He has a supporting role in the film Who’s Jenna? Available on Amazon, Hulu, Fandango and iTunes, and his short film Mis-Connected is available on DDD Entertainment on Roku. Michael also serves on the Center Players Artistic Board.

Mafalda is a life-long theater lover and a communications professional. She is currently Marketing and PR Director for the American Theater Group, a professional regional theater company in Somerset County, and has served as Marketing Chair for Center Players since 2015. She previously co-directed the musical A Year with Frog and Toad at Center Playhouse with Artistic Director Bernice Garfield-Szita, and has a BA in Theater and Communications from American University. Mafalda resides in Manalapan with her husband Jim and children and in her free time loves attending both professional and community theater and traveling. She would like to thank Michael Tota and the wonderful cast and crew for making this experience so enjoyable.

Roberta is very pleased to be producing her 16th show for Center Players. She enjoys working as a producer, as it allows her the opportunity to work with many different directors, and to take part in the development of a show from first audition to opening night. She has also appeared on Center Playhouse stage as Helen the Maid in A Doll's House, Mrs. Rodgers in And Then There Were None, and Irma Kronkite in Picnic. Roberta serves on the Business Board of the theater as secretary. She is also Vice-President and co-owner, with her husband Sheldon, of The Leigh Insurance Agency in Freehold. She is pleased to once again be working with Michael Tota who is a very professional director and a heck of a lot of fun to work with. She is also grateful to be working with this wonderful, talented cast and crew. She thanks her husband Sheldon for encouraging her to join him at Center Players and being her biggest supporter. She looks forward to continuing to bring award- winning theater to the community.

Denise has been involved with theatre all her life, on stage, in the pit band, and behind the scenes. She began making costumes for anime and science fiction conventions, then started making costumes and props for community theatre productions including Macbeth, A Midsummer Night’s Dream, Peter Pan, and The Three Musketeers. At Center Players she was stage manager for Butterflies Are Free, Same Time Next Year, Prelude to a Kiss, California Suite, and Crimes of the Heart, and even appeared onstage in The Bishop’s Wife. She is grateful for the opportunity to work with Michael Tota, this great cast, and really everyone associated with Center Players!