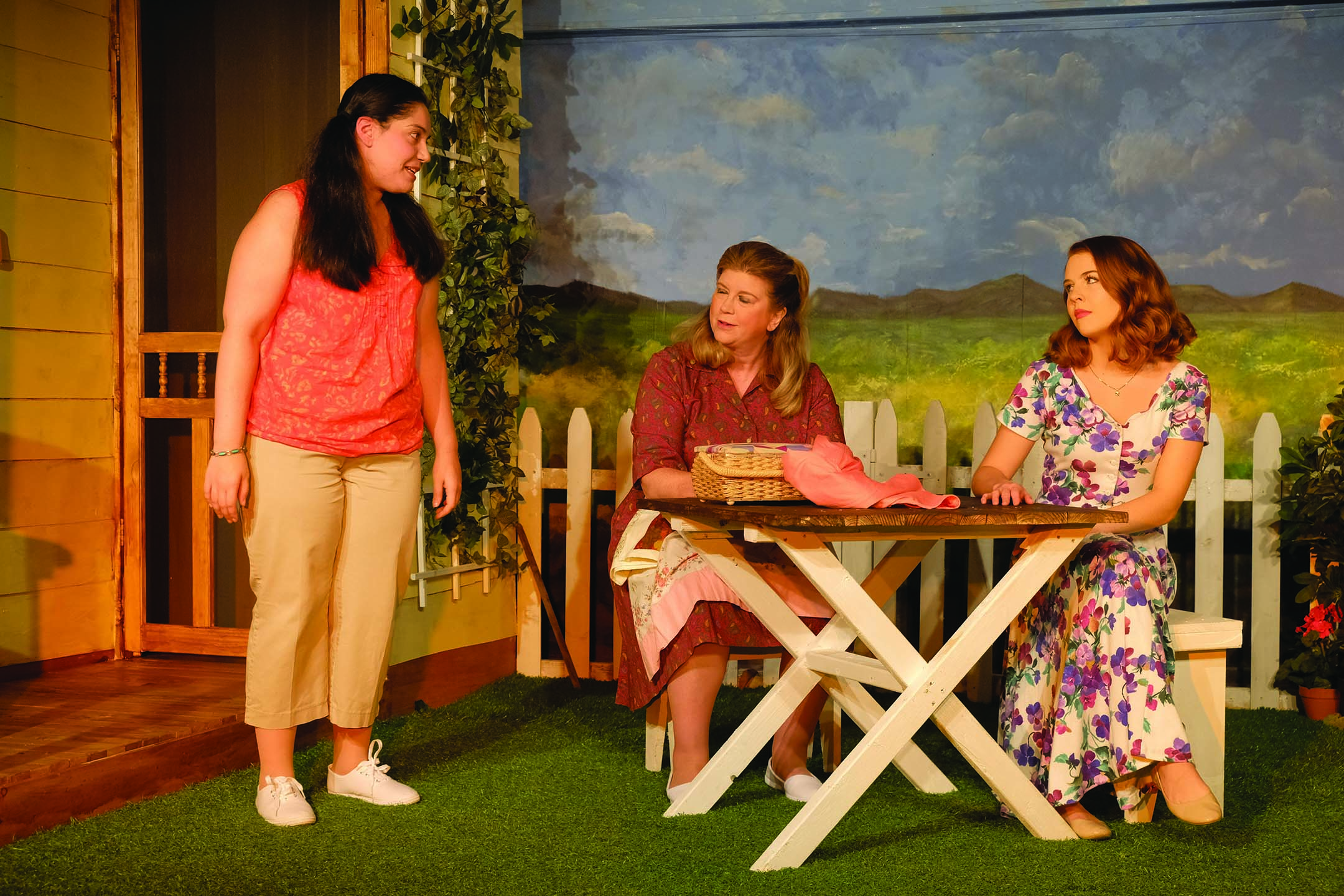 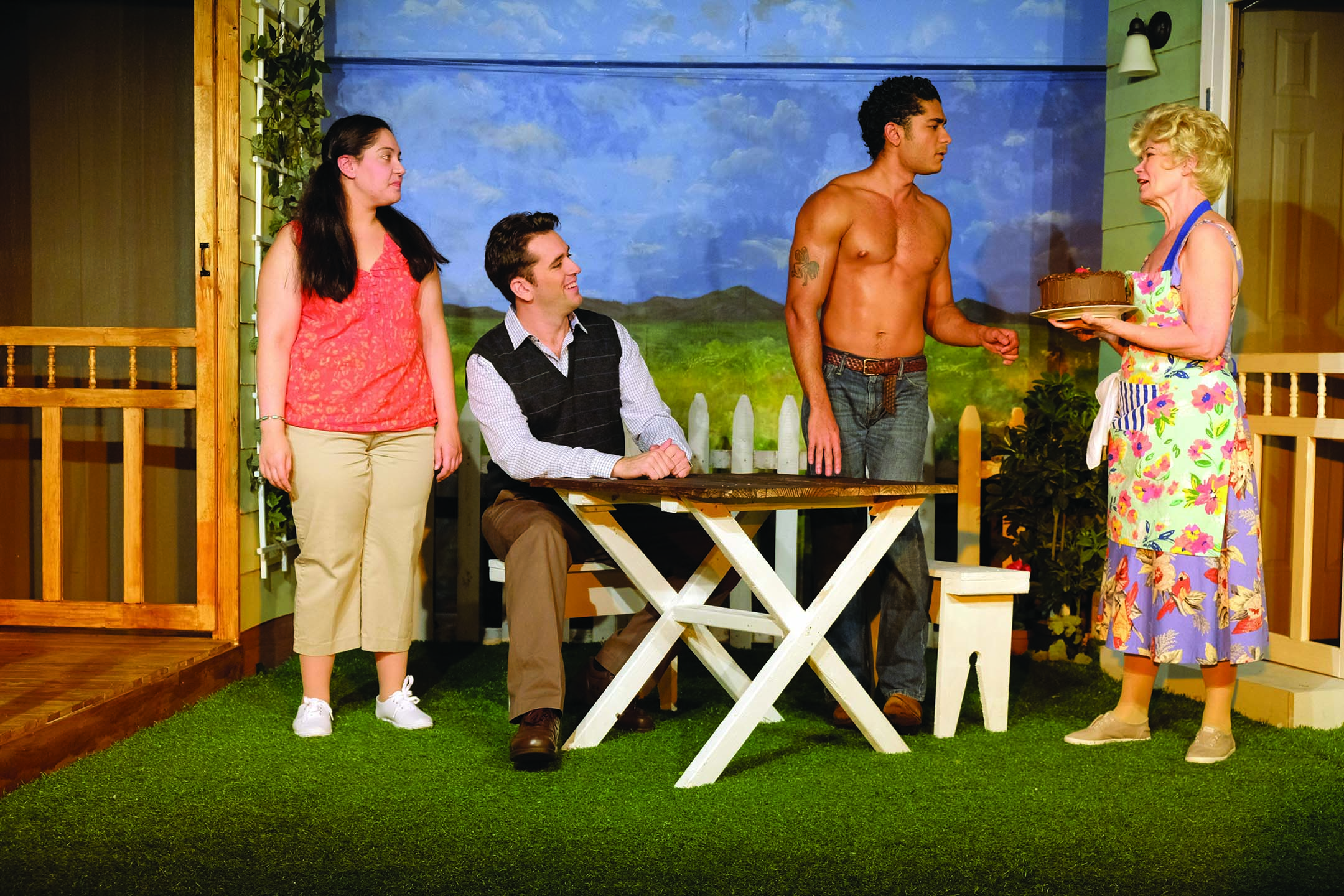 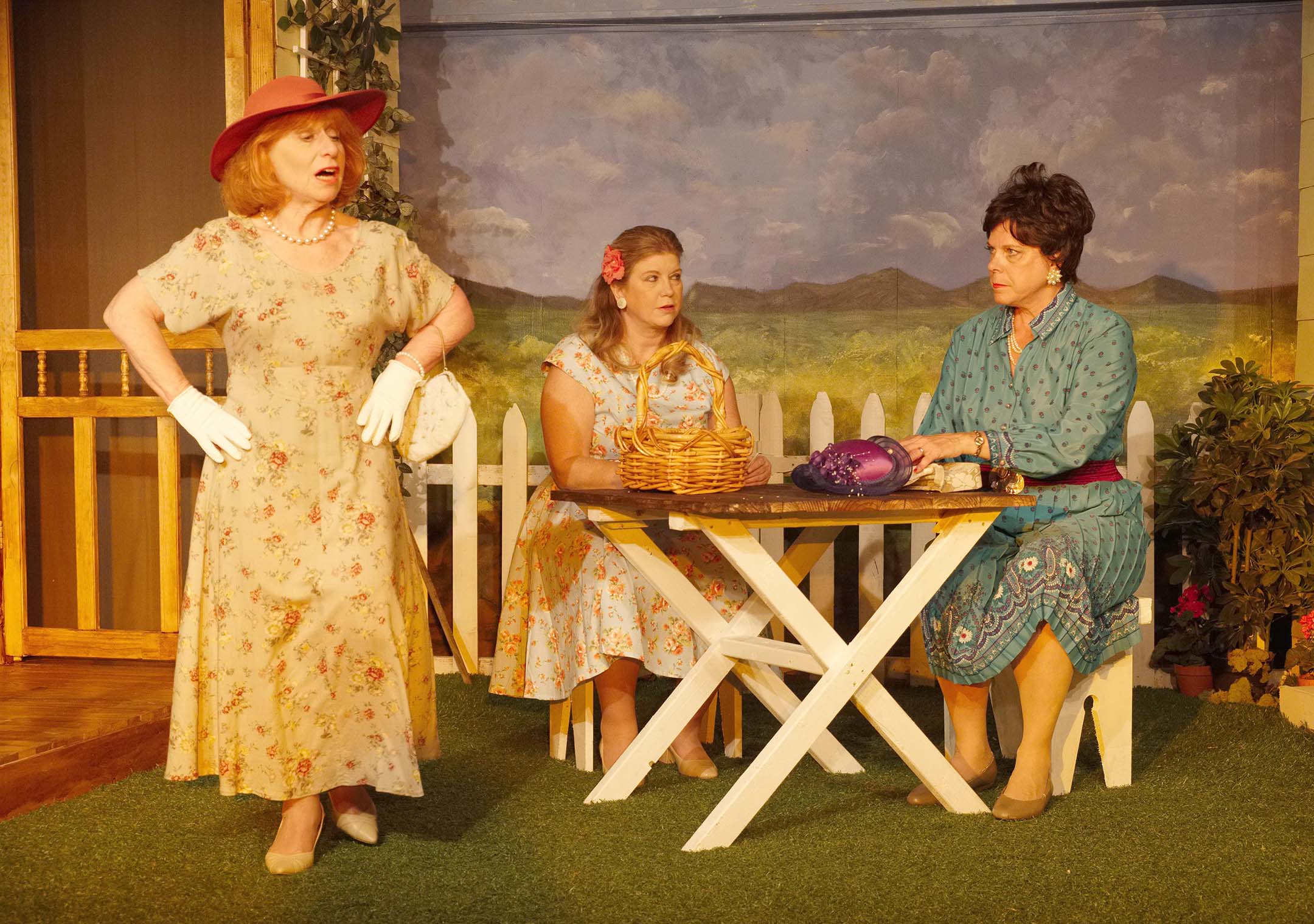 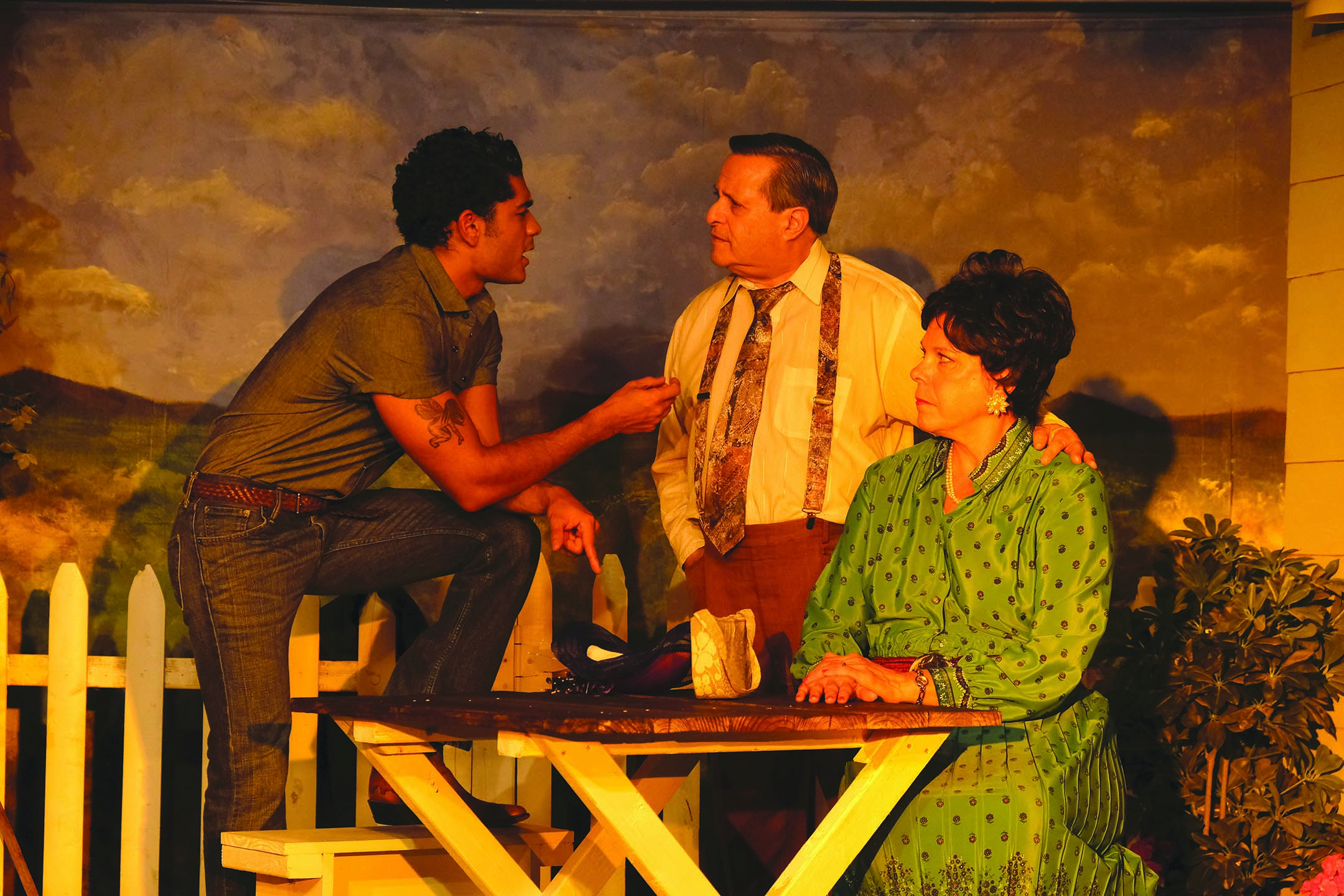 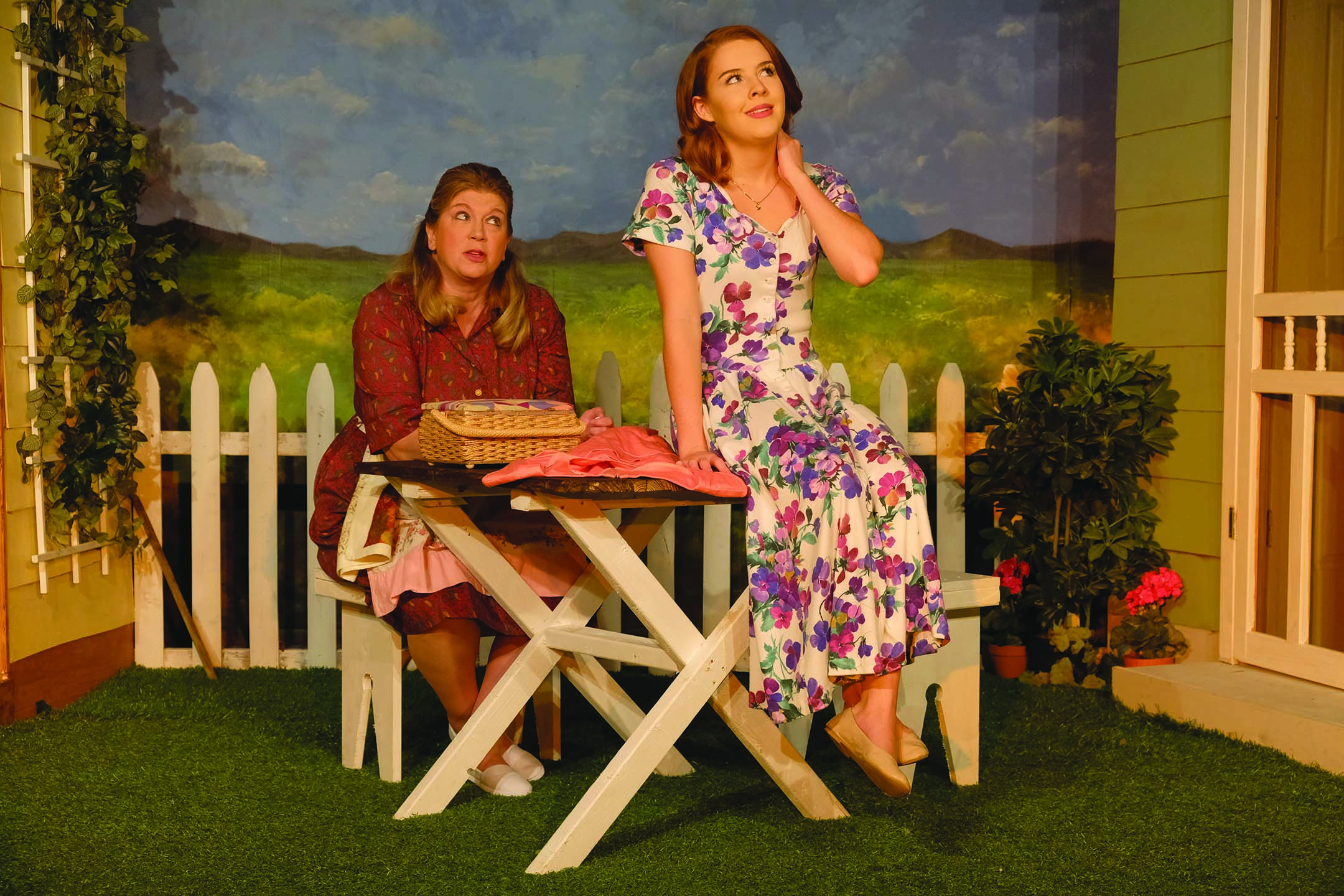 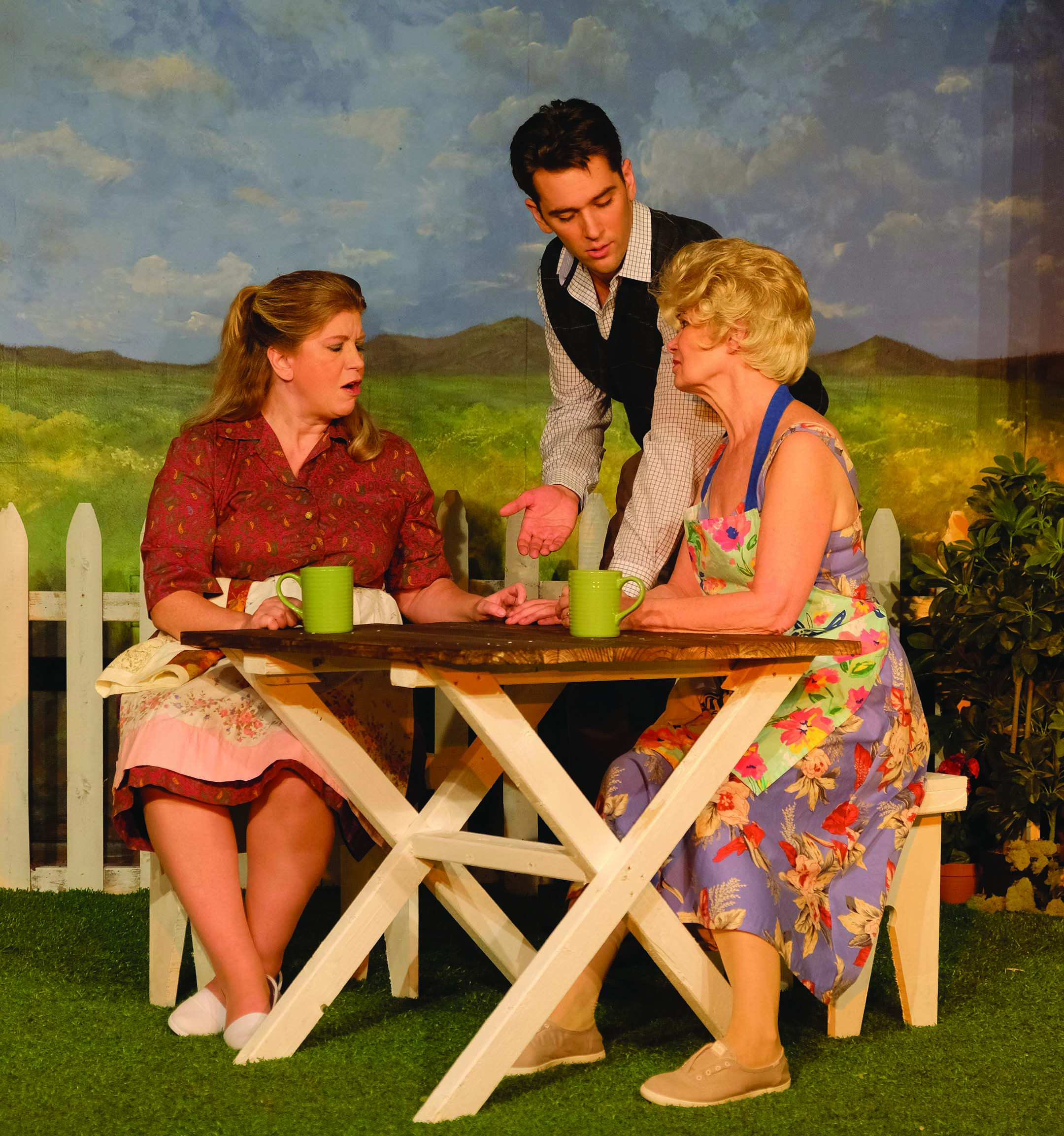 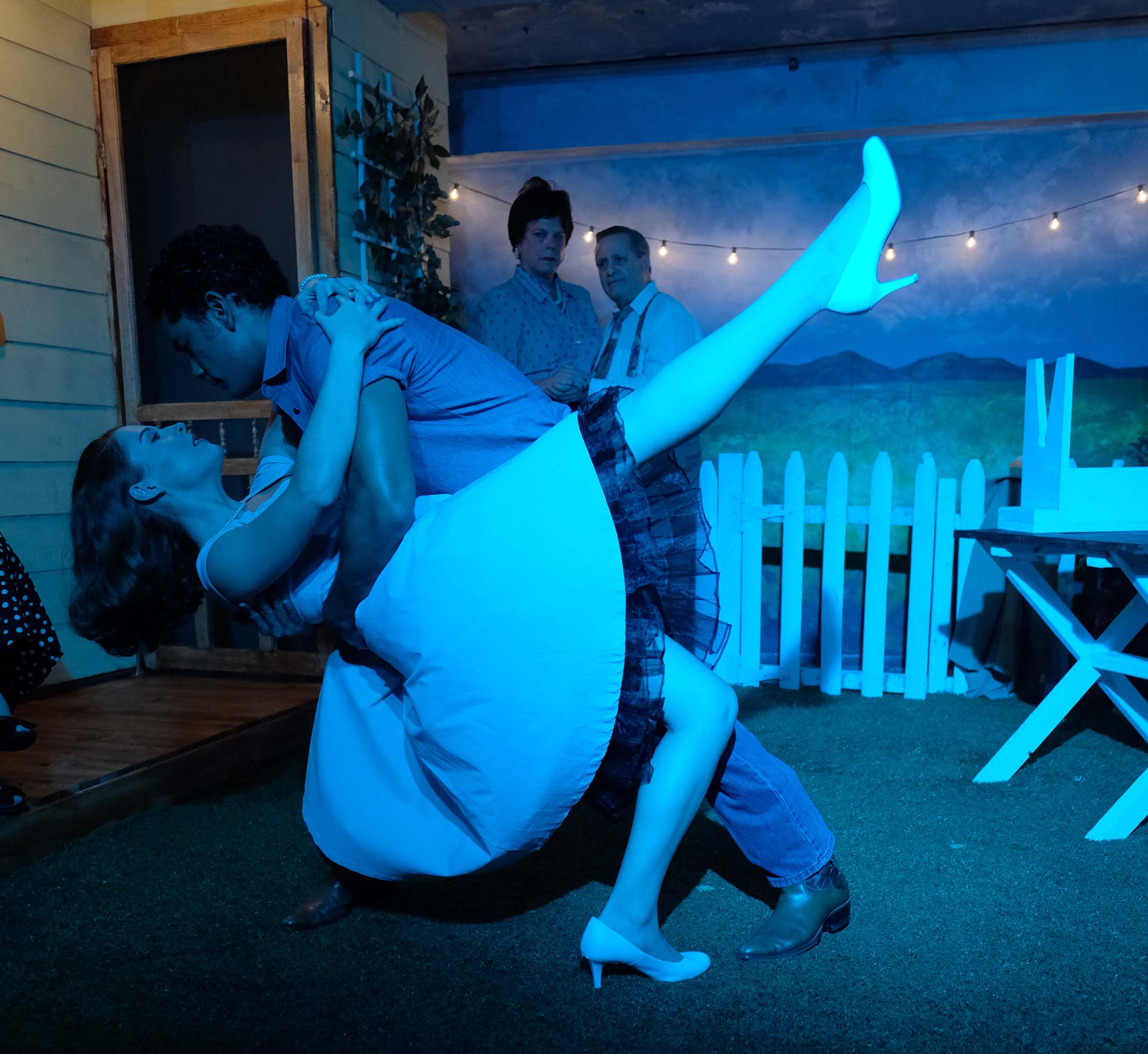 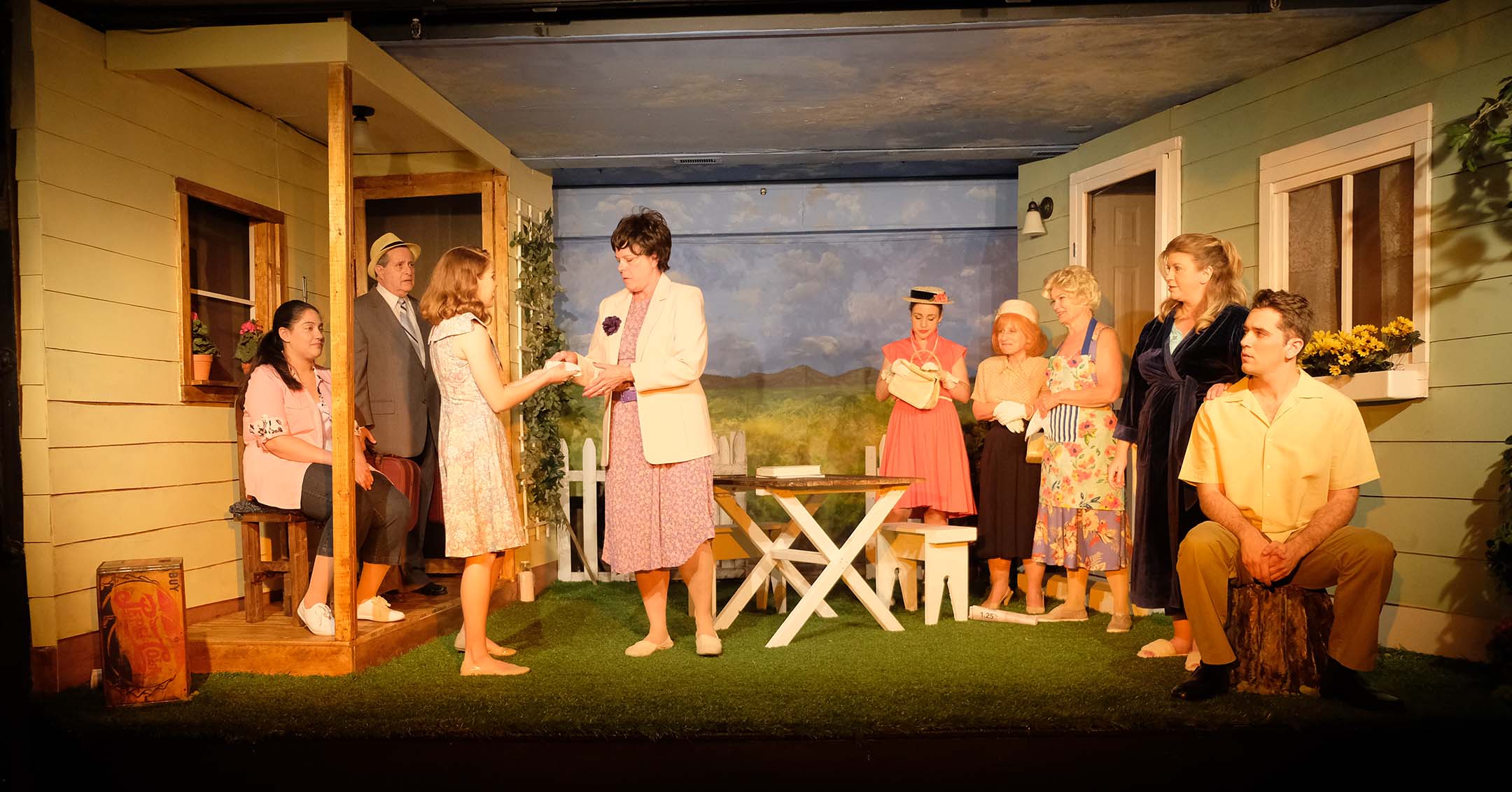 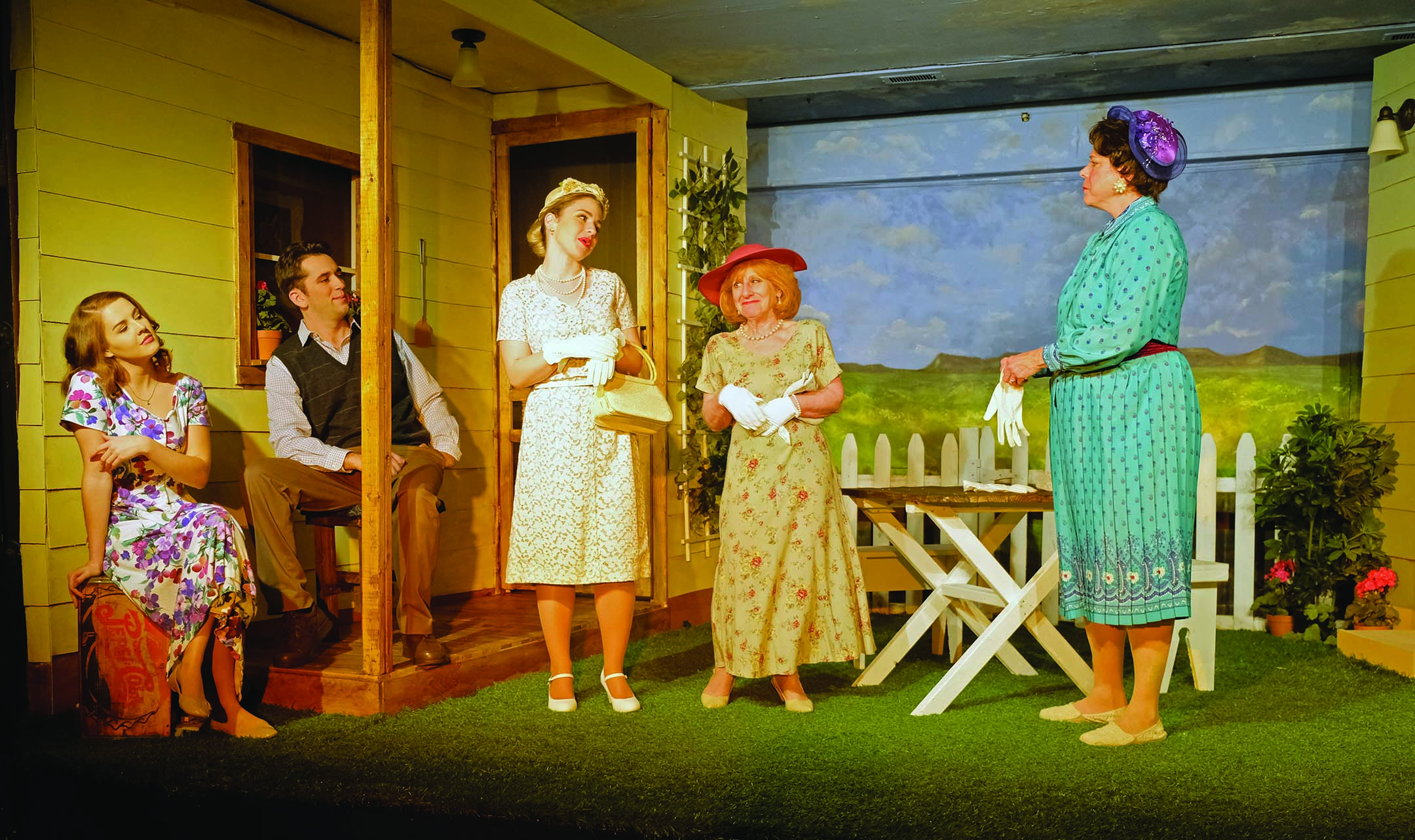 Leni Maxwell-Helen Potts
This is my second show with Center Players, having played a bead lady in Murder on the Nile. My experience has been predominantly on the stage, although I have stuck my toes in television and film. I started performing when I was 4 years old, as a musician — first piano, then cello and voice — I went on to get a master’s degree in performance on the cello from Rutgers’ Mason Gross School of the Arts. However, in my thirties, I finally had enough confidence to start doing what I’d always wanted to do in the first place. I was on the boards for over ten years. Now after a few twists in the road I find myself at liberty to do what I love from an even more mature perspective. I’ve studied Improv at Magnet Theater and UCB and am now studying at the Count Basie Theatre’s Performing Arts Academy, where I just took a great commercial Improv class with Angela Lomangino. And I sort of play the ukulele.

Ankit Sharma – Hal Carter
Ankit has performed in independent feature films, shorts and web-series in the tri-state area, and has been in various stage productions in both NJ and NYC. Stage/Theatre Credits include The Boys Next Door (Jack Palmer), The Rainmaker (Bill Starbuck), The Lion in Winter (Geoffrey), Adam’s Eve (Adam Moss), I Hate Hamlet (Andrew Rally), Johnny and Paula (Johnny Cattini), The Fate Files (Gabe), Stocks and Blondes (Jeff Hanson) amongst others.

Elizabeth Stamat – Millie Owens
Elizabeth is honored to be performing with such a talented cast and crew. She has been in many shows such as Amadeus, Stop the Kiss, Dog See God, Annie the Musical, Eye of God and Pirates of Penzance. She appeared on Center Players’ stage in Murder on the Nile, and Crossing Delancey. She would like to thank her friends, family and Mark Schegoggs for helping her.

John Morris – Bomber
John is excited and thrilled to be in this Center Players production of Picnic. According to John, this show is another great one, by all accounts, as is every show at this theater. John’s past performance include playing Inspector Kemp in his high school production of Young Frankenstein and Barry Klemper in Center Players’ production of The Boys Next Door.

Kristen Pellizzi – Madge Owens
Kristen is happy to be making her Center Players debut! Some of her favorite credits include Sarah in Time Stands Still, Mary Bailey in It’s a Wonderful Life, and Ghost of Christmas Past in A Christmas Carol. Lately, Kristen has been learning how to perform improvisational comedy with the Improv Jam troupe right here at Center Playhouse. She would like to thank the entire cast and crew for teaching her so much and for welcoming her with open arms to this lovely theater.

Ruth Rocky – Flo Owens
Ruth is delighted to be making her third appearance at Center Players. Her last production on this stage was as Yvonne Fouchet in The Dinner Party. Her previous credits include Annie, They Call it Gravy, We Call it Sauce, Stocks and Blondes and many others. She is thrilled to be part of this very talented cast and would like to thank Ray Parnese for this opportunity.

Alma Simakowicz – Rosemary Sydney
This is Alma’s first production at Center Playhouse and she couldn’t be happier. Alma has performed in various New Jersey theaters and NYC showcases. Favorite roles are Ouiser in Steel Magnolias, Martha in Who’s Afraid of Virginia Wolf?, Stage Manager in Our Town, Queen, Queen Anne in Richard III and various roles in The Laramie Project for which she earned a Perry Award. Alma thanks Josh and Gene for their help and support. Alma dedicates her performance to Uncle Max, Tim and California Jeff. Break legs all!

Tyler Barnick – Alan Seymour
Tyler is making his debut performance at Center Players as Alan Seymour. Tyler earned a BA Theatre Degree at Kean University. Favorite roles include George Bailey in It’s a Wonderful Life and Roger in Grease. Off-Broadway, he has appeared as Oscar in Sweet Charity. He made his directorial debut at Kean University with The Secret Origin of Mojo Man. Tyler is ready to perform, and is excited for whatever comes his way in the future.

Roberta Fallon – Irma Kronkite
This is Roberta’s third appearance on the Center Playhouse stage. She was first seen here as Helen the maid in A Doll’s House, and recently as Mrs. Rodgers in And Then There Were None. In addition to being the producer for this show, she has enjoyed working as producer, with many different directors, on shows here at Center Players. Roberta serves on the Business Board of the theater as secretary. When she is not on the stage, she can be found serving up desserts at intermission, mingling with our patrons and listening to their comments as well as telling them about all the wonderful events at the theater. Roberta would like to thank her husband Sheldon for his continued support, her daughter Marni for letting her “raid her closet”, as well as her granddaughter Cassie for her support. She would also like to thank Ray for giving her the opportunity to be in this play, and to work with him, and this terrific cast.

Rebecca Grossman – Christine Schoenwalder
Rebecca is thrilled to be back on stage again in her first Center Players production! Previous credits include Gertrude McFuzz in Seussical the Musical and Little Sally in Urinetown. Thanks to Jason, her wonderful friends and family, and the coolest cast and crew around. Break legs, everyone!

Sheldon Fallon – Howard Bevins
Sheldon made his acting debut 3 years ago playing Sheriff Will Masters in the Center Players’ production of Bus Stop. Bitten by the acting bug, he quickly followed in the role of Jack Jerome, the family patriarch, in Brighton Beach Memoirs; Sidney Nichols in California Suite; Thomas Rogers in And Then There Were None and Al Lewis in The Sunshine Boys. He has also played George Aaronow in the play reading of Glengarry Glen Ross and Dr. Spivey in the play reading of One Flew Over The Cuckoo’s Nest.
Sheldon serves as President of Center Players which recently celebrated its 16th year at its current location. When not acting he is also President and co-owner of the Leigh Insurance Agency in Freehold which is celebrating over 27 years in business. “I am extremely pleased to be part of this wonderful show and thank Ray Parnese for the opportunity. I also thank my wife, Roberta, for supporting me in this new phase of my life.” “I look forward to continuing to work with Center Players to bring great shows to our community.”

Ray Parnese – Director
This is Ray’s second time working as director here at Center Players. He previously directed, and designed the set for, The Sunshine Boys. He is very proud to have received an NJACT Perry Award nomination this year for his set design for The Sunshine Boys. Ray is Center Players’ Assistant Artistic Director, as well as serving on both the Artistic and Business boards for the theater. He has designed numerous sets for shows here at Center Players. He is a member of NJACT as a reviewer of community theater plays throughout New Jersey. Ray also produces, directs and designs sets for many shows at the Stonebridge Community where he and his wife Ro live.

“Working with such a talented ensemble of actors, technicians and staff has made my job as director much smoother and rewarding. I hope you enjoy our performance of Picnic.”