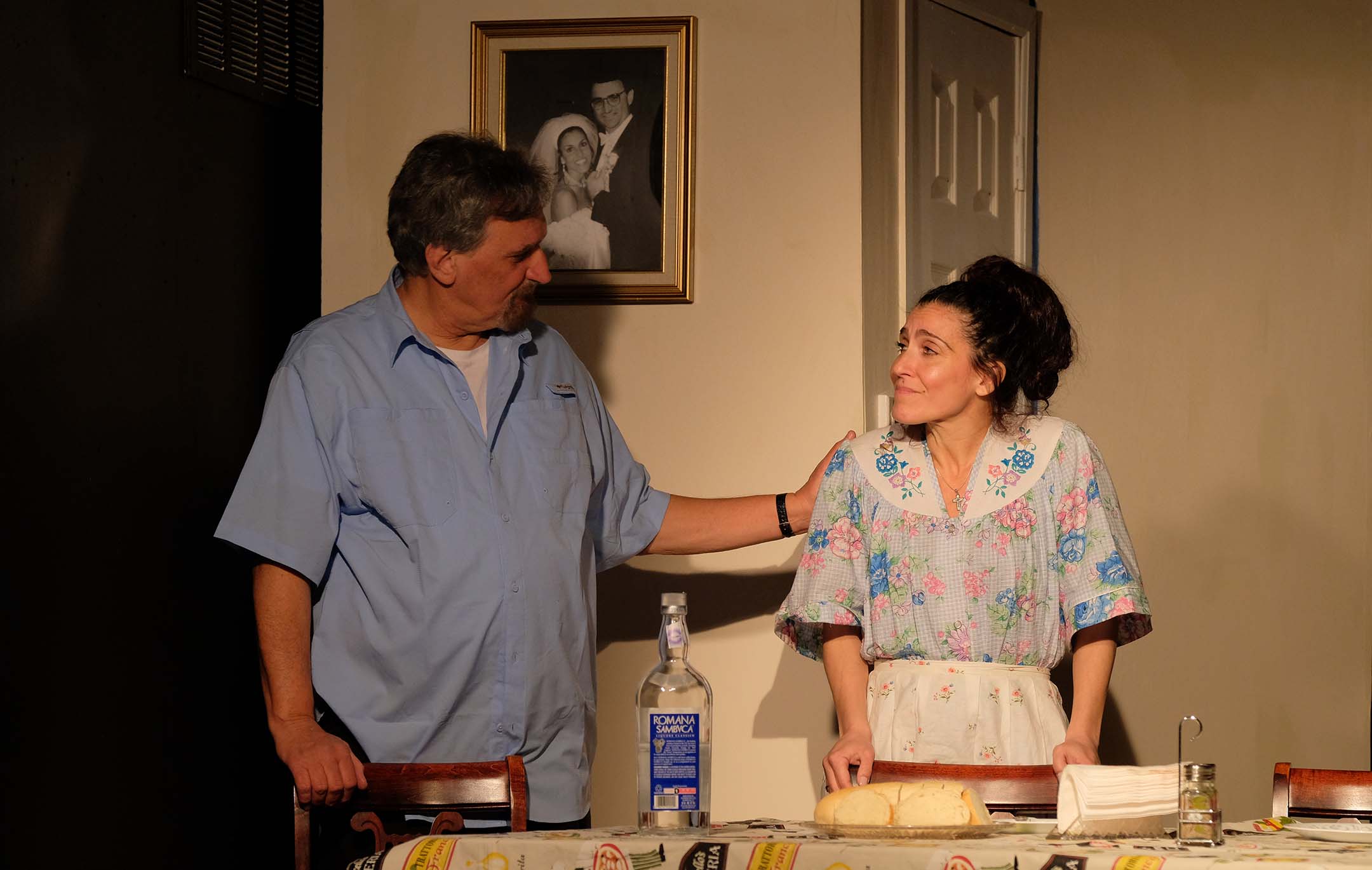 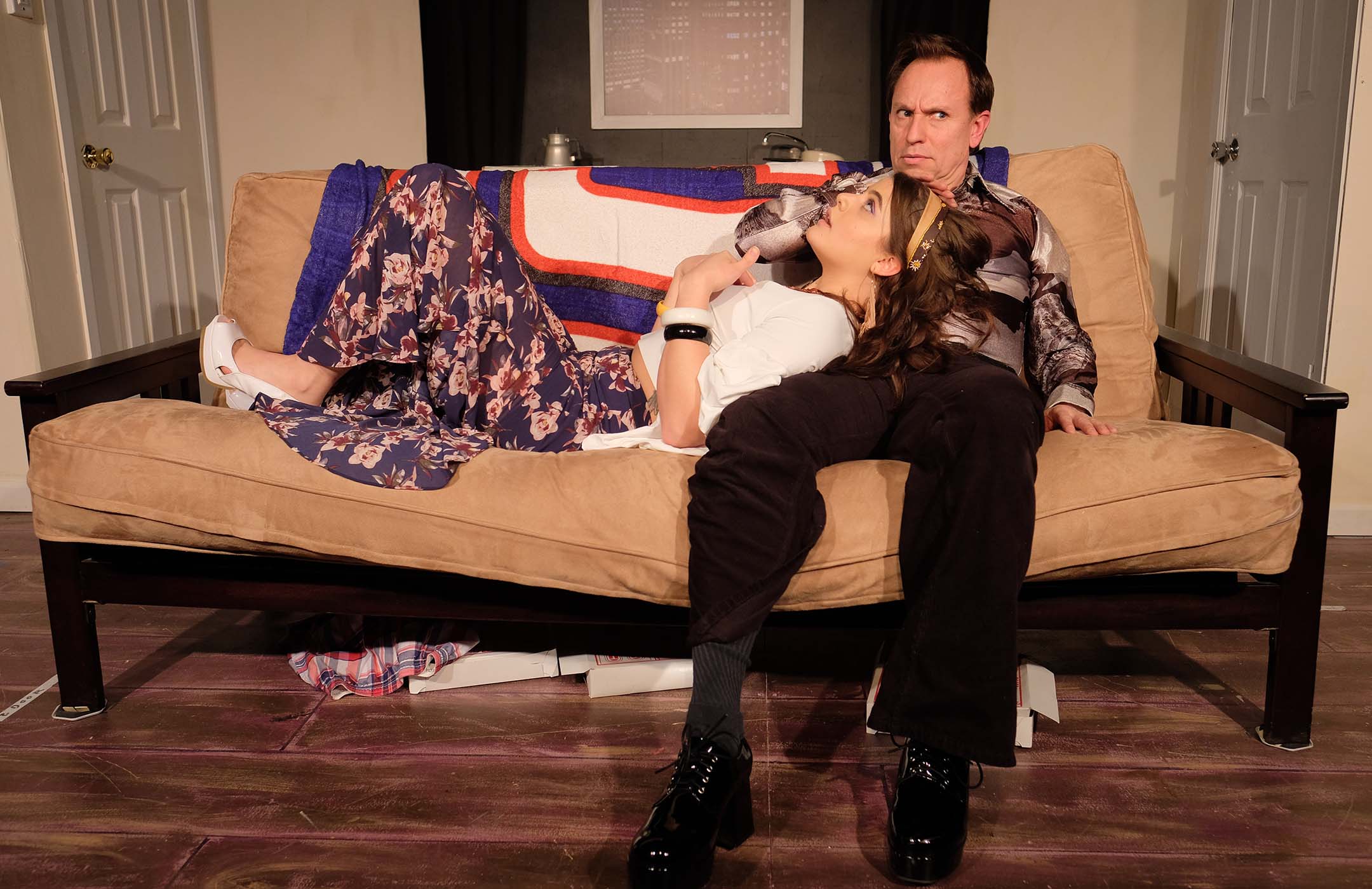 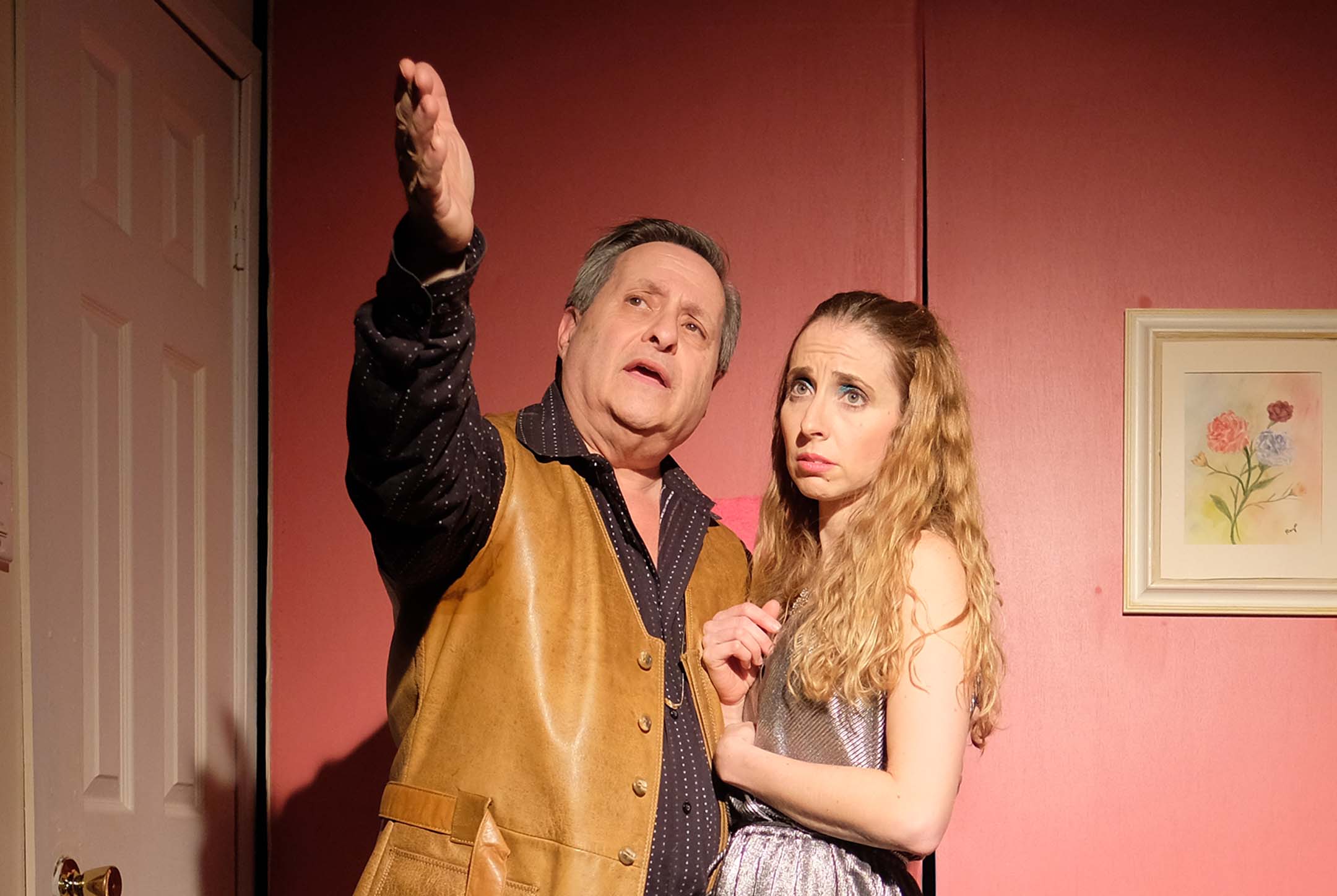 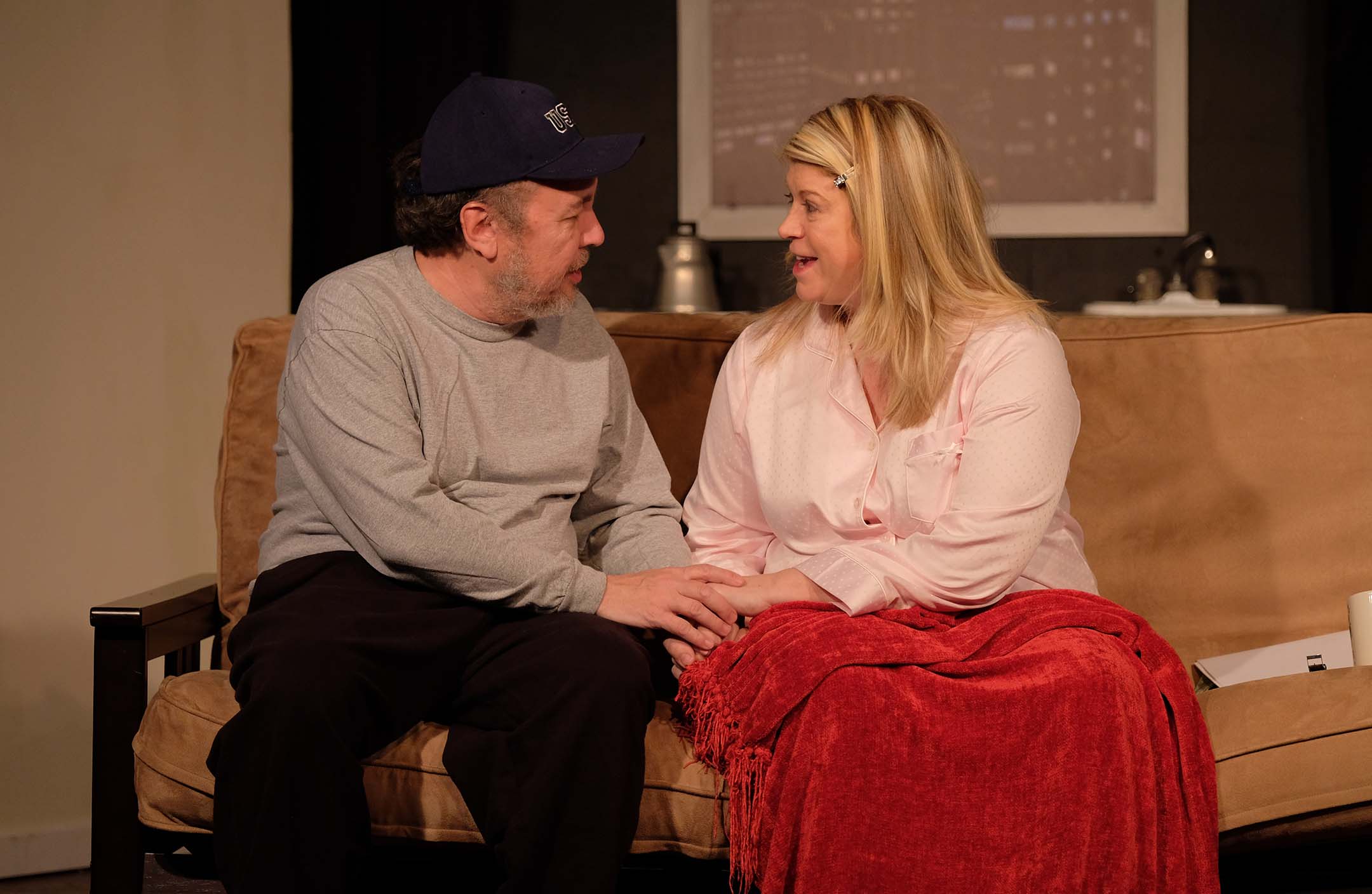 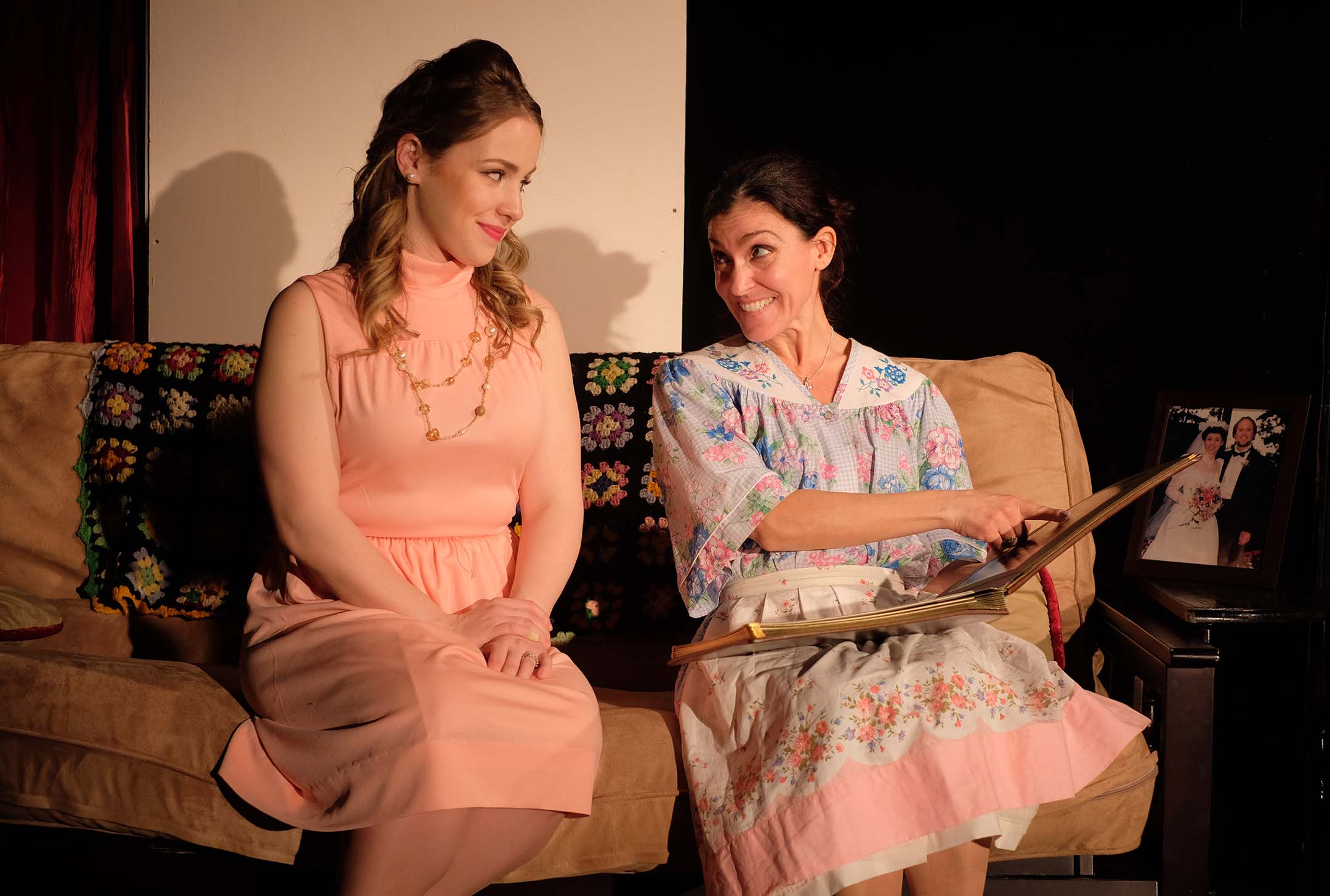 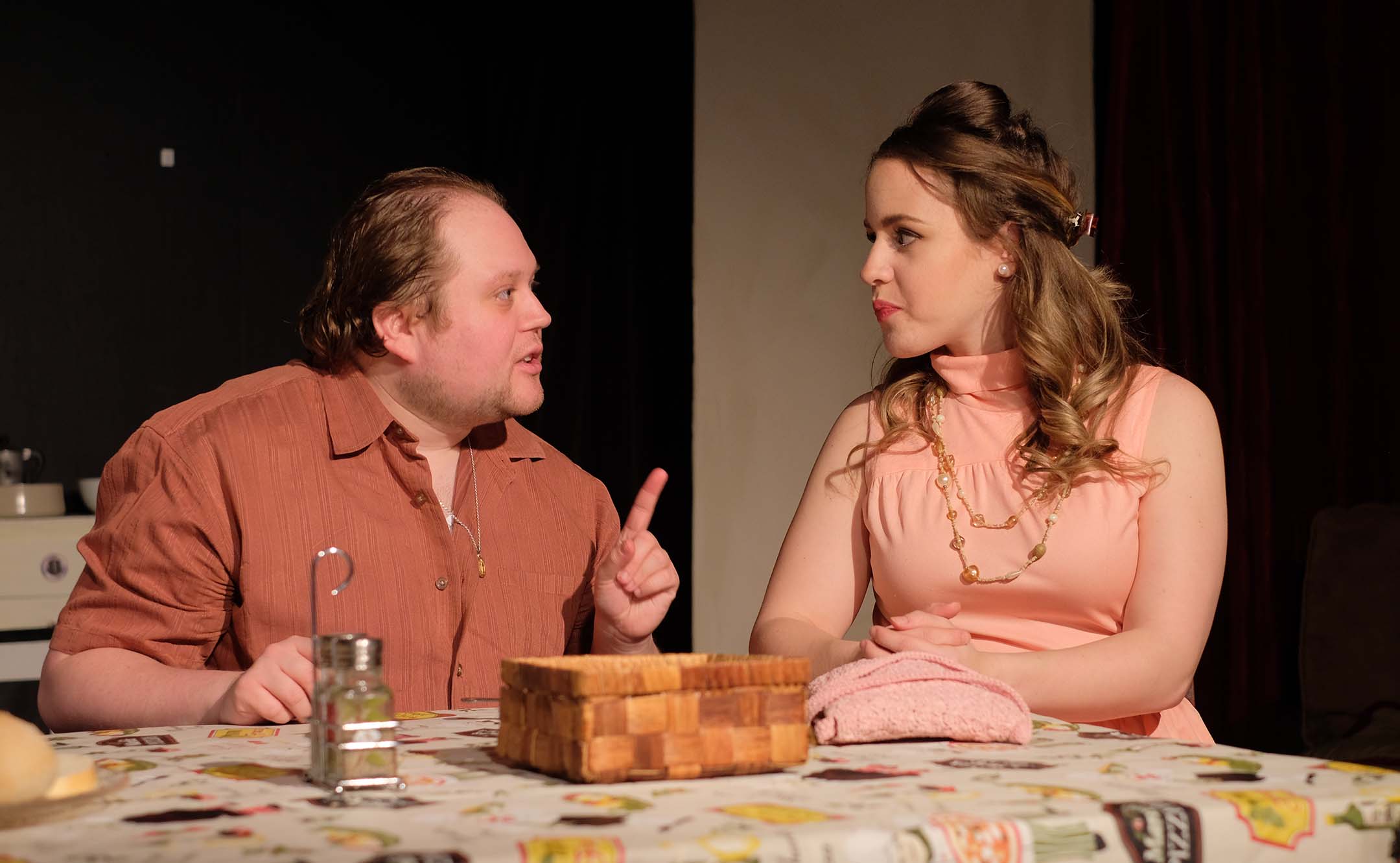 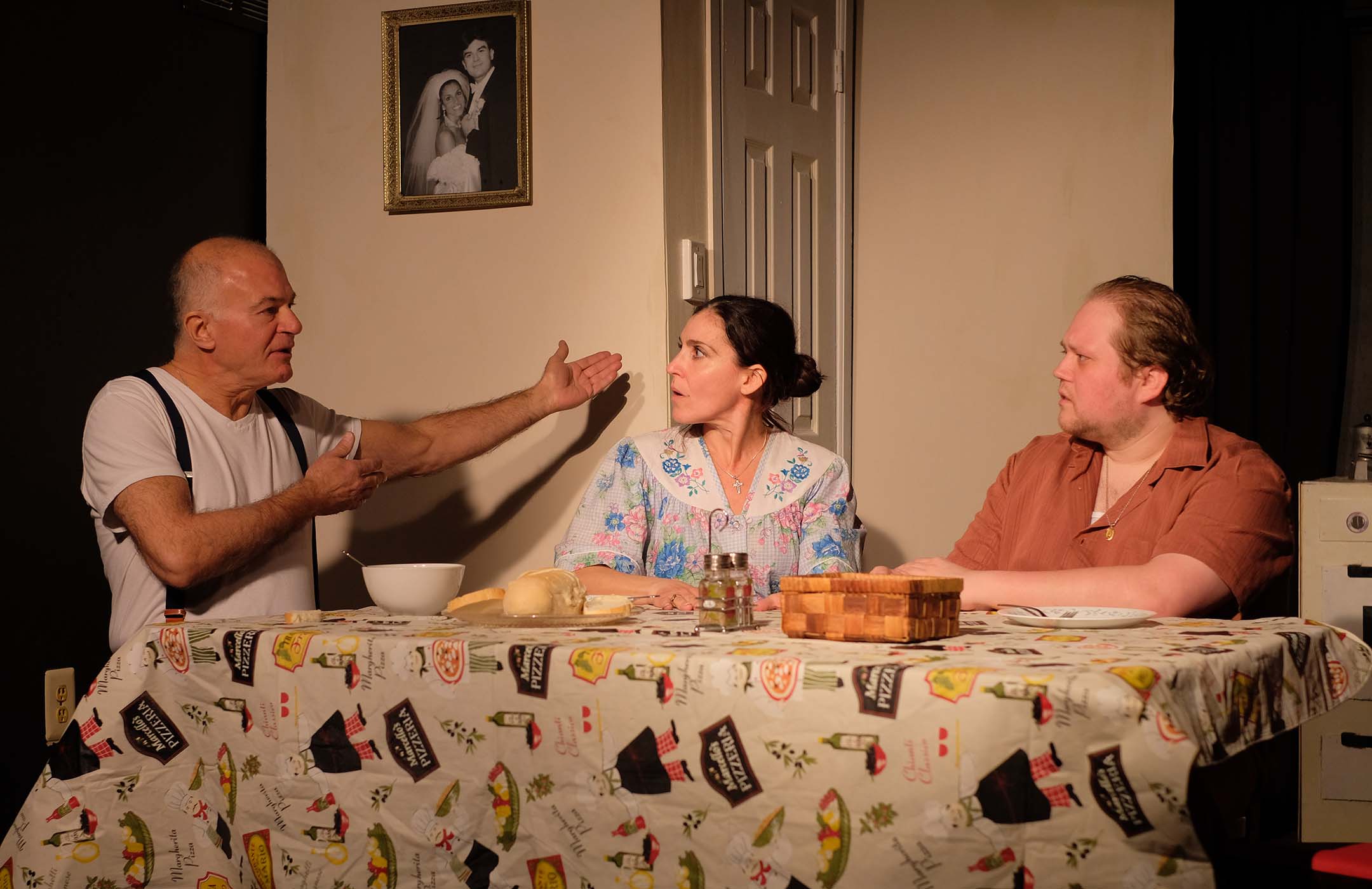 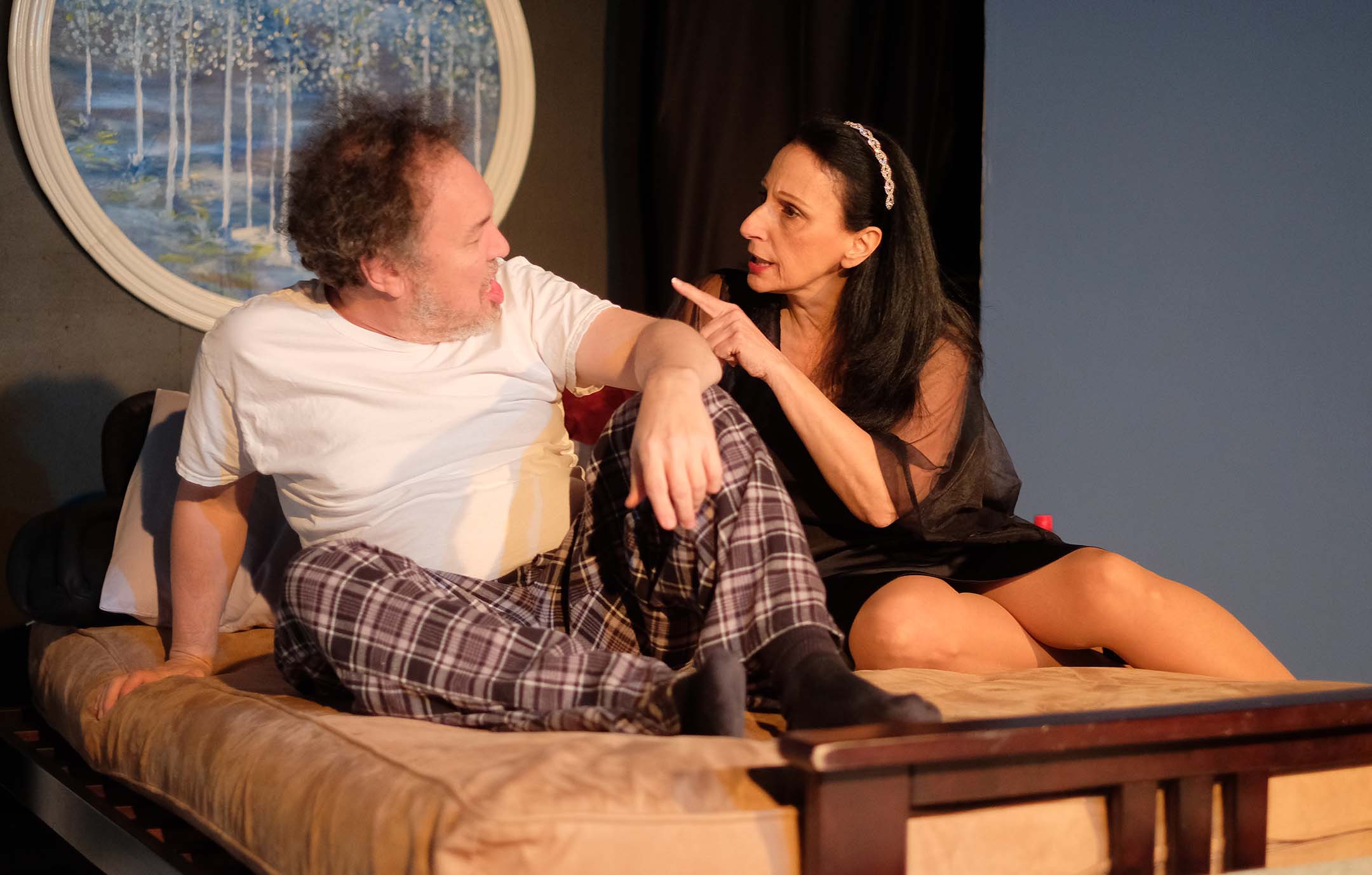 A hit on Broadway and later a popular film, “Lovers and Other Strangers” is told through five comedic vignettes. This version of the play includes the popular sequence Hal and Cathy which was created for the film.  Other scenes include Brenda and Jerry, dealing with the lead-up to a seduction, and another, Johnny and Wilma, with a married couple’s quarrel. Another, Mike and Susan, deals with a groom getting cold feet the night before his wedding and the last, Bea, Frank, Richie and Joan, with a father and mother struggling to help their son gain confidence about his marriage.

Michael Gonzalez –  Jerry  (Weekend of 02/09, 02/16 and 02/23)
Michael is very pleased to be returning to the Center Players stage where he most recently performed in (mostly) True Things and Agatha Christie’s Murder on the Nile (William Smith).  He has appeared in numerous roles at Kelsey Theater in Mercer County, notably in A Flea in Her Ear (Etienne), Laughter on the 23rd Floor (Milt), A Chorus Line (Al) and Arsenic and Old Lace (Mortimer).  Michael‘s other regional credits include Children of Eden (Chorus) at the Washington Crossing Open Air Theatre and Passing Conversations (Lem) Off Broadway at the John Houseman Theater in New York City.  As a member of the comedy troupe Punk Tart, Michael performed regularly at the Upright Citizens Brigade Theater in New York City, where he studied improvisational and sketch comedy with SNL’s Amy Poehler.  Michael would like to send love and thanks to all his wonderful friends and family, for all their support, especially his sweetheart Milena and his lovely children Mo and Nina, who inspire him every day.

Erin Phelan – Brenda
Erin is delighted to be making her return to the stage in Lovers and Other Strangers after a five year hiatus . She has previously performed in Little Shop of Horrors, The Crucible and Hairspray. She is grateful to her family and friends for their love and support, and to everyone at Center Players for making performing in Lovers and Other Strangers such a wonderful experience!

Lauren Friedman – Cathy
Lauren is thrilled to be returning to the Center Players’ stage for the third time. She has previously been seen as a Beadseller in Murder on the Nile and Faith in I Do Love the Holidays…Sometimes. Other favorite past roles include Cookie in Rumors, Little Red Ridinghood in Into the Woods, Hermia in A Midsummer Night’s Dream, and Anne” in The Diary of Anne Frank. Big hugs to Lex, Anya, Sierra, and Liam, and a huge round of applause for the cast and crew!

Sheldon Fallon – Hal
Sheldon made his acting debut just over 3 years ago playing Sheriff Will Masters in the Center Players production of Bus Stop.  Bitten by the acting bug, he quickly followed in the role of Jack Jerome, the family patriarch, in Brighton Beach Memoirs; Sidney Nichols in California Suite; Thomas Rogers in And Then There Were None; Al Lewis in The Sunshine Boys and Howard Bevins in Picnic. He has also played George Aaronow in the play reading of Glengarry Glen Ross and Dr. Spivey in the play reading of One Flew Over The Cuckoo’s Nest.
Sheldon is President and co-owner of the Leigh Insurance Agency in Freehold which is celebrating over 28 years in business.  He is also proud to serve as President of Center Players.
“I am extremely pleased to be part of this wonderful show and to work opposite Lauren Friedman.  I also thank my wife, Roberta, for supporting me in this new phase of my life.”
“I look forward to performing in more shows going forward and continuing to work with Center Players to bring great shows to our community.”

Bill Normyle – Mike
Bill is frequently mistaken for a number of character actors and spends much of his free time figuring out who people think he looks like. He most recently appeared in Becket and To Kill A Mockingbird at the Holmdel Theatre.
Bill is excited to return to a comedy, and to return to the Center Players’ Stage where he last appeared with Bill Lee and Michael Tota in Laughter on the 23rd Floor.

Donna Ranieri – Wilma
Donna is delighted to be playing the character of Wilma for her debut in this 1970s Comedy. Wilma is a very progressive, independent woman for her time. Donna exemplifies many of the personality traits in real life, that she portrays as Wilma in the play.  Donna is a single mother of 3 children.  She continues to have a 35+ year successful career in banking and mortgage lending.  She is currently working as a Loan Officer for PNC Bank in Red Bank, NJ.  She appreciates the opportunity to work with this talented cast.  She is excited to have her real life persona shine through as Wilma on stage.

Ruth Rocky – Susan
Ruth is delighted to be making her fourth appearance at Center Players. Her last production on this stage was as Flo Owens in Picnic. Her previous credits include  Men are Dogs,  Annie, “They Call it Gravy, We Call It Sauce, Stocks and Blondes and many others.  She is thrilled to be part of this very talented cast and would like to thank Michael Tota for this opportunity.

Bill Lee – Frank (Weekend of 2/9, 3/2, 3/9)
Bill is happy to be back again performing at Center Players.   Most recently, he appeared in The Sunshine Boys at First Avenue Playhouse and Moon Over Buffalo at Monmouth Players.  Here at Center Players, you may remember him in Laughter on the 23rd Floor, All My Sons, Tuesdays With Morrie, The Heiress, Cemetery Club, The Passion of Dracula, The Diary of Anne Frank, and A Christmas Carol.  Bill is a retired NYC school teacher.  As always, love to Sharon and thank God for organ donors everywhere.

Raymond Sammak – Frank (Weekend of 2/16 and 2/23)
Raymond began acting in college on a dare from a friend, playing the lead in Shakespeare’s Macbeth. In New York, Ray studied acting at the Neighborhood Playhouse and appeared in several Off-Off Broadway productions including, A Midsummer Night’s Dream and The Marathon. At The New Jersey Shakespeare Festival, Ray appeared as Bernardo in Hamlet, opposite Eric Booth of the famous Booth acting family.  Since 2008, Ray has appeared in many Center Players’ productions including: Driving Miss Daisy, The Odd Couple – Female Version, 20th Century, Twelve Angry Men, I’m Not Rappaport, The Passion of Dracula, The Diary of Anne Frank and All My Sons. Ray is thrilled to be back at Center Players with such a talented cast, director and production crew. Ray, who lives in Manalapan is also an award winning artist. You can check out his work at: raysammak.com

Precious Pia – Bea
This is Precious Pia’s first performance at Center Players. Her latest acting role was as Betty Roma opposite Vincent Pastore in the film Who’s Jenna. She is also a professional singer/ songwriter.
She would especially like to thank Michael Tota for this opportunity, and is absolutely thrilled to be working with such a wonderful cast and crew.

Zach Berman – Richie
Zach is very happy to once again be back performing. He previously made his directorial debut co-directing Murder on the Nile with Bernice Garfield-Szita here at Center Players. Some of his favorite plays that he has appeared in include: Murder on the Nile as Smith, The Heiress as Arthur Townsend, The Unexpected Guest as Jan Warwick, The Passion of Dracula as Renfield, and Crossing Delancey as Sam Posner, the Pickle Man
Some of his favorite shows to stage manage have been: Tuesdays with Morrie, Bus Stop, Play it Again Sam, Brighton Beach Memoirs, and Chapter Two.
He would like to thank  his father, Jeff Berman and his girlfriend Bonnie Palmer for their love and support. All of this has been a blessing!

Rebecca Grossman – Joan
Rebecca is thrilled to be returning for her second Center Player’s production. She previously appeared as Christine Schoenwalder in Picnic. Other credits include Gertrude McFuzz in Seussical the Musical and Little Sally in Urinetown. Thanks to her wonderful friends and family, Jason, and what has got to be the most hysterical cast and crew of all time.

Michael Tota – Director  &  Jerry (Weekend of 03/02 and 03/09)
Michael is happy to be back directing after primarily acting for the last few years.  He was last seen as Ben in Center Players production of The Sunshine Boys.  Other roles include: Leo in Chapter Two.  Humphrey Bogart in Play it Again Sam, Father Mark in the Regional tour of Tony and Tina’s Wedding at Buona Sera in Red Bank, Dr. Einstein in  Arsenic and Old Lace. Milt in Laughter on the 23rd Floor,  Harry the Horse in  Guys and Dolls, Silvius in As You Like It, Puck in A Midsummer Night’s Dream, Teach in American Buffalo, Mortimer in Arsenic and Old Lace, Renfield in Dracula as well as various murder mystery shows in the tri state area.  Film and TV credits include: Sex and the City, Third Watch, Godzilla, No Way Home, A Beautiful Mind, Changing Lanes, and Jack Goes Boating. He was Producer and Host of Time Warner Cable’s Original Program Spotlight on the Arts. From 2000-2007, he was the theater director at St. John’s University directing 13 plays/musicals.  Michael is a member of the SAG-AFTRA and studied at HB Studio with Academy Award Nominee William Hickey.  He has a supporting role in an upcoming film Who’s Jenna…?   He would like to thank Bernice and Sheldon for the opportunity and trust as well as his family for all their support.