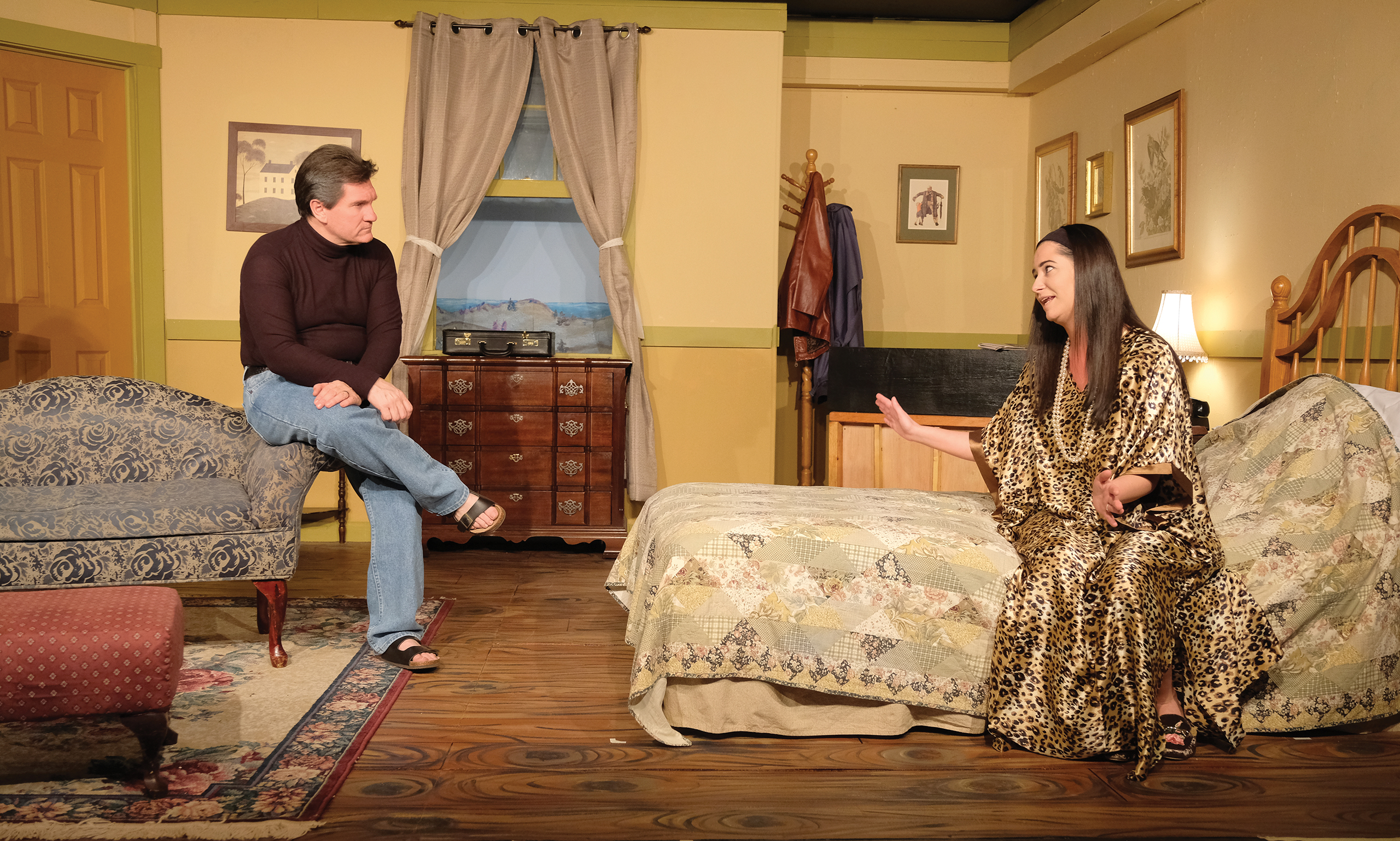 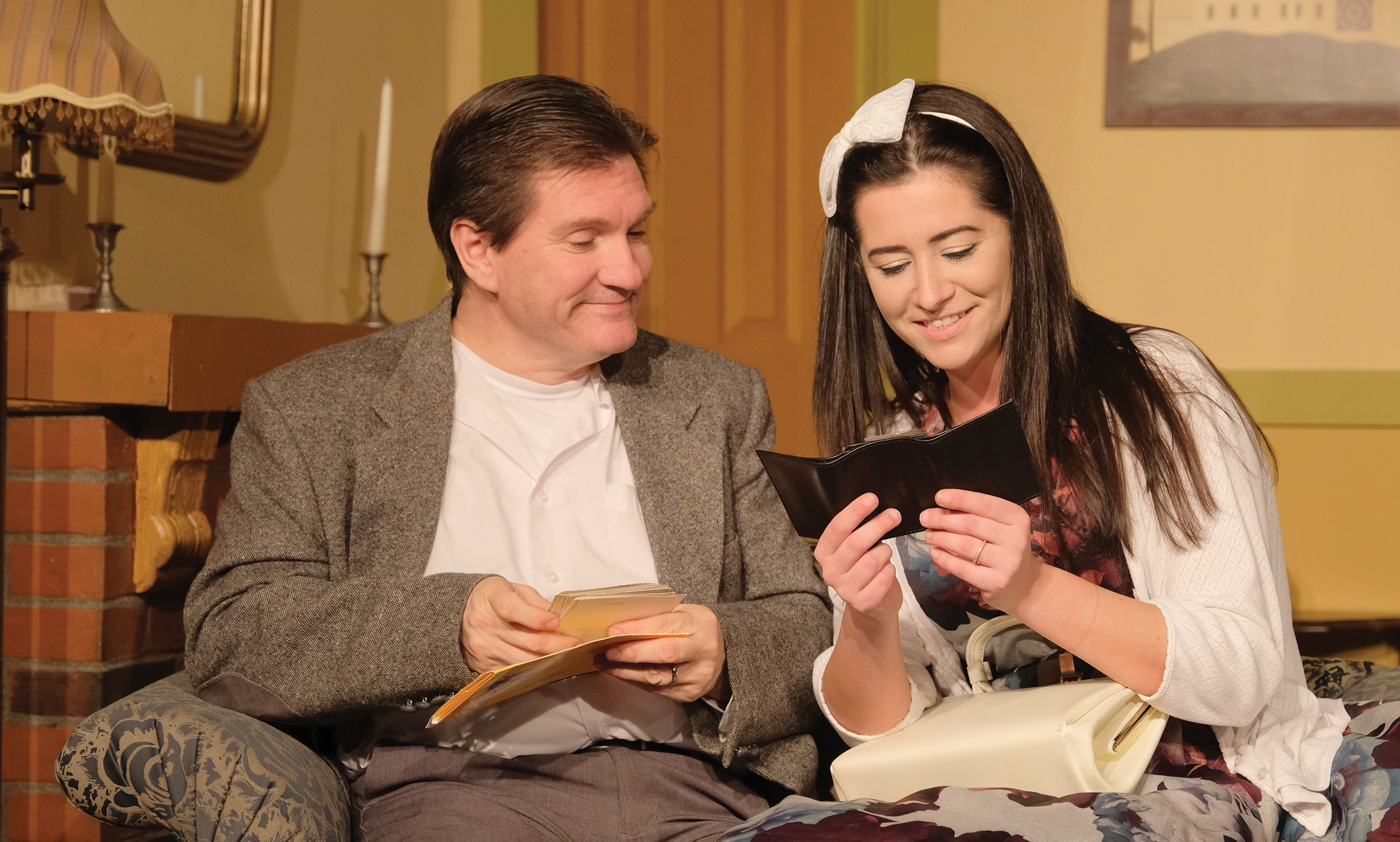 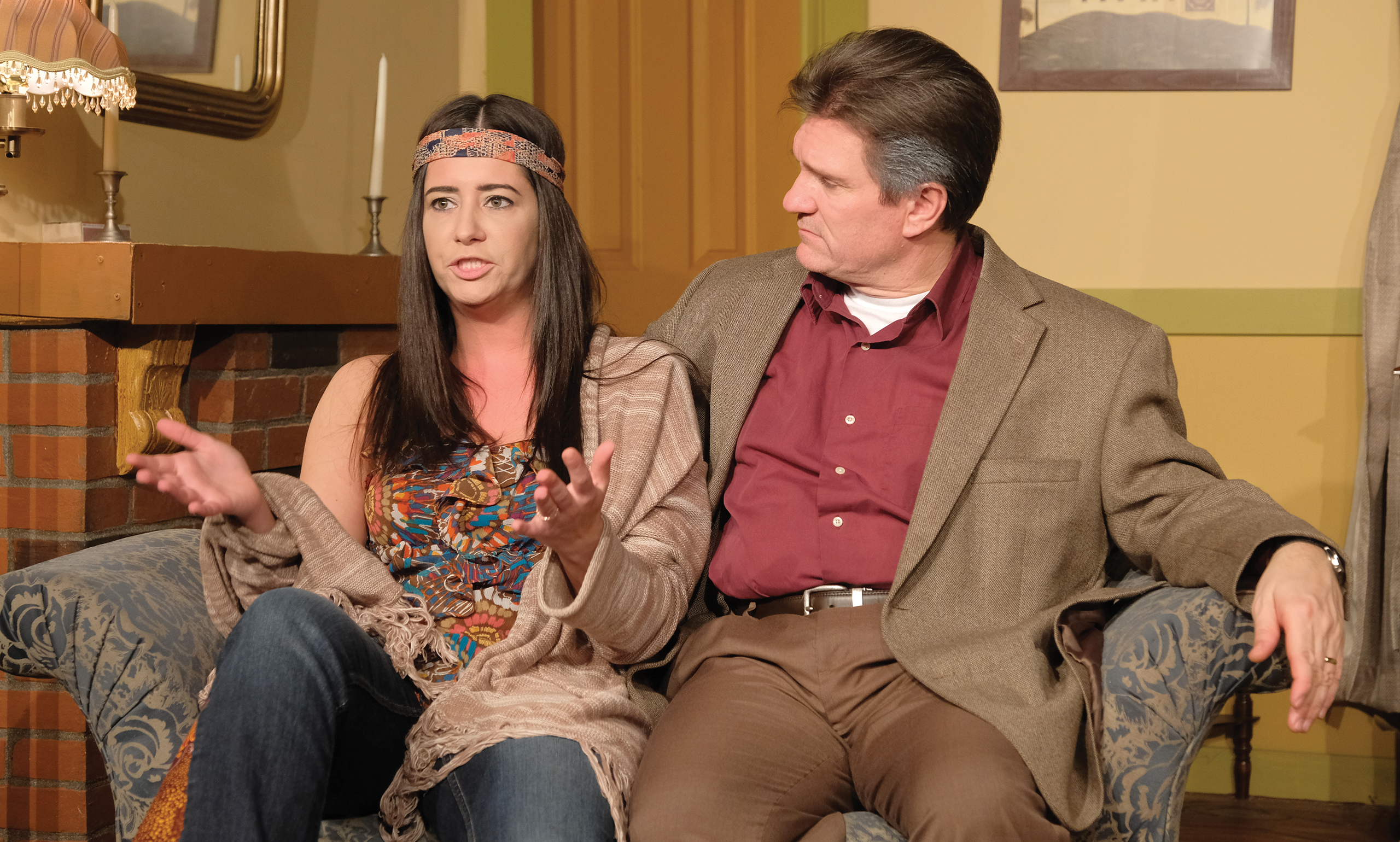 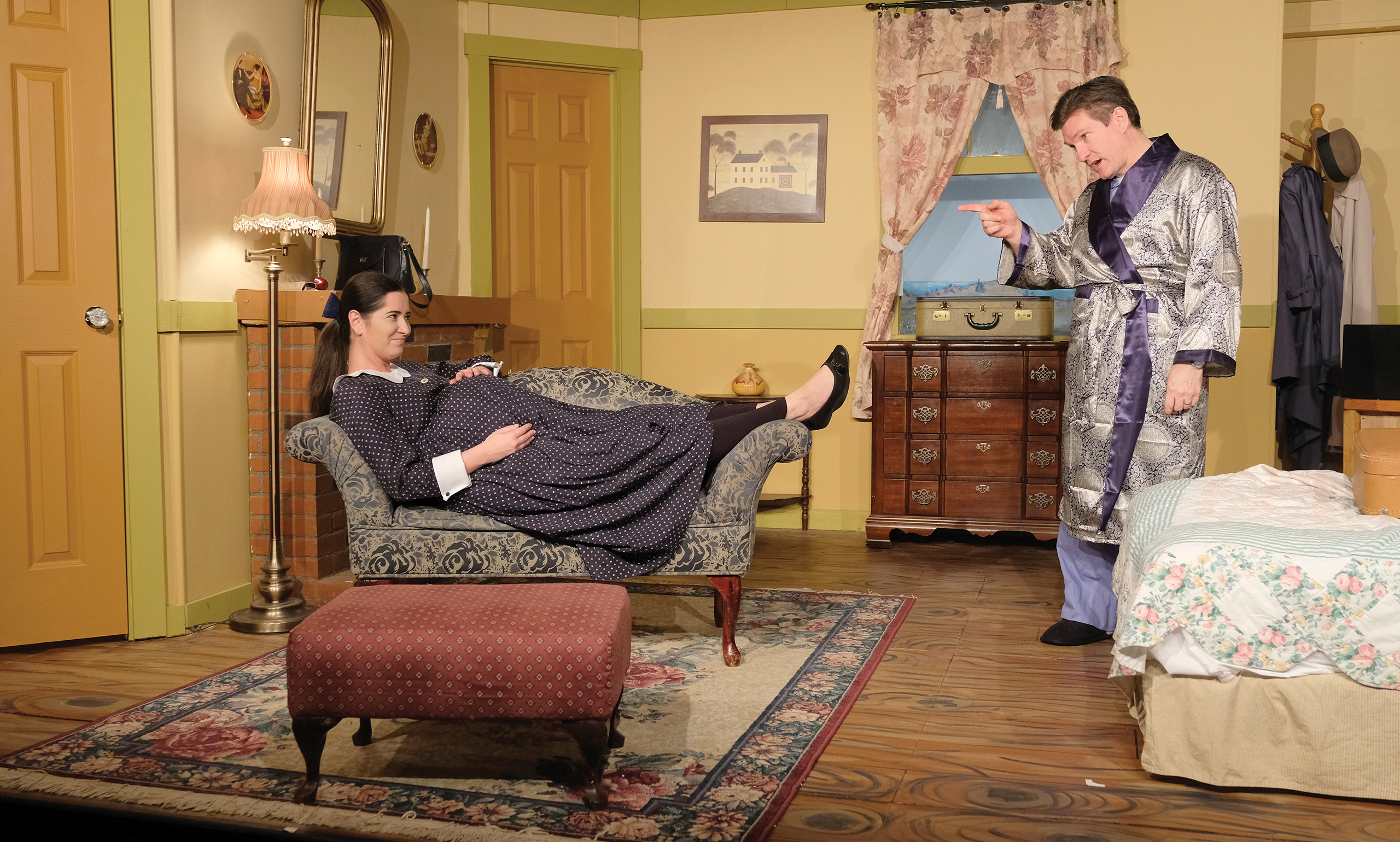 Doris and George are married, but not to each other. They first meet in February 1951 and begin an affair that spans 24 years, meeting at the same Northern California cottage on the same weekend every year. As time passes, their relationship develops into an emotional intimacy that grows deeper as the years go by. Everything else may change in their lives but there is one thing that remains the same - their love for one another.

Donna Nicholle (Doris)
Donna  is SO excited to be making her debut with Center Players of Freehold! Her past credits include: Jekyll and Hyde, Wizard of Oz, Annie, Joseph and the Amazing Technicolor Dream Coat, A Christmas Carol and Various Shakespeare Plays. While not pursing her dreams of writing and acting for the theater, Donna is a full-time mom to the sweetest little boy, a real estate agent and a Children's book Author. Please follow @Dnicholle for more information. Donna would like to thank everyone at Center Players for welcoming her into their beautifully talented group of people whom without, this show would not be as amazing! Special thanks to Denise, to my favorite co-star Vince, and to our brilliant director Anthony. Thank you for this opportunity to play such a beautiful role, for teaching me how to be a better actress and dealing with an over caffeinated hyper woman every night. Lastly, Donna is most grateful to her husband Robert for stepping in so she can spend her nights pursing her dreams. To John for always helping, and of course to my sweet boy, Dexter. Everything I do, I do for you.

Vince Fay (George)
is happy to be returning, yet again, to Center Players. He was last seen here trying to determine who wanted to Dial M For Murder.  He was also seen in One Flew Over the Cuckoo’s Nest, The Boys Next Door, and Neil Simon's Dinner Party, as well as stage readings of Twelfth Night and Night of the Iguana. Other shows include Picasso At the Lapin Agile, Art, and Stocks And Blondes.  And there is the short film he wrote, directed and starred in called CEO Temp.  As always, Vince hopes you have fun and enjoy the show. There’s a lot to be said for guilt and shame.

Anthony Marinelli (Director) has written and directed for both stage and screen. On the New York stage, he produced and directed Sam Shepard’s Fool for Love and Terrence McNally’s Frankie and Johnny in the Clair de Lune. His one-act plays include Acoustic Space (Winner Best Play, 2014 Strawberry One-Act Festival), Another Famous Dead Artist (semi-finalist, 2015 New York New Works Festival), Max & Domino, Visitors and Missing Life. His film adaptation of Acoustic Space won Best Short in the 2018 Ridgewood Guild International Film Festival and Best Original Screenplay in the 2016 Richmond International Film Festival.  Another short, Walt Whitman Never Paid for It, written by fellow Brooklyn native Angelo Berkowitz, won the Audience Choice Award at the Richmond International Film Festival in 2014. Both can be seen on Amazon Prime. Other short films include Marital Arts and Subway.
At Center Players, Anthony has directed staged readings of Edward Albee’s Who’s Afraid of Virginia Woolf? and David Mamet’s Speed-the-Plow as well as Signature Series Presentations of Woody Allen’s Play It Again, Sam, Neil Simon’s Chapter Two and Leonard Gershe’s Butterflies Are Free.
He would like to thank his cast for their hard work, dedication, and professionalism in bringing these characters to life, and Center Players for giving him another opportunity to play again. Finally, Anthony would like to thank his family for their patience while he spent long hours away from home, especially his wife, Alice-Ann, for her enduring support, understanding, and love.

Denise Warren (Stage Manager) has been involved with theatre all her life, on stage, in the pit band, and behind the scenes. She recently moved to New Jersey from Utah where she began making costumes for anime conventions and Science Fiction Conventions. She then went on to make costumes and props for many community theatre productions including Macbeth, A Midsummer Night’s Dream, Peter Pan, and The Three Musketeers. During her 30-year career as a teacher at the Utah Schools of the Deaf and Blind, she supported the student drama team with costumes and props.At Center Players she was in the ensemble and worked with costumes for Bernice Garfield-Szita’s The Emperor’s New Duds and was stage manager for Leonard Gershe’s Butterflies Are Free. She is grateful for the opportunity to work with Center Players again, and especially with this marvelous cast and director!

Roberta Fallon (Producer) Roberta is very pleased to be Producing her 13th show here at Center Players. She enjoys working as producer, as it allows her the opportunity to work with many different directors, and to take part in the development of a show from first audition to opening night. She has also appeared on Center Playhouse stage as Helen the Maid in A Doll's House, Mrs. Rodgers in And Then There Were None, and Irma Kronkite in Picnic. Roberta serves on the Business Board of the theater as secretary. In addition, at most performances, she can be found serving up desserts at intermission, mingling with our patrons and listening to their comments about the shows, as well as telling them about all the wonderful events which are always going on at our theater. She is extremely pleased to be working with such a talented director and cast to bring this romantic comedy to life. She thanks her husband Sheldon for encouraging her to join him here at Center Players and being her biggest supporter. She looks forward to continuing to bring award winning theater to the community.